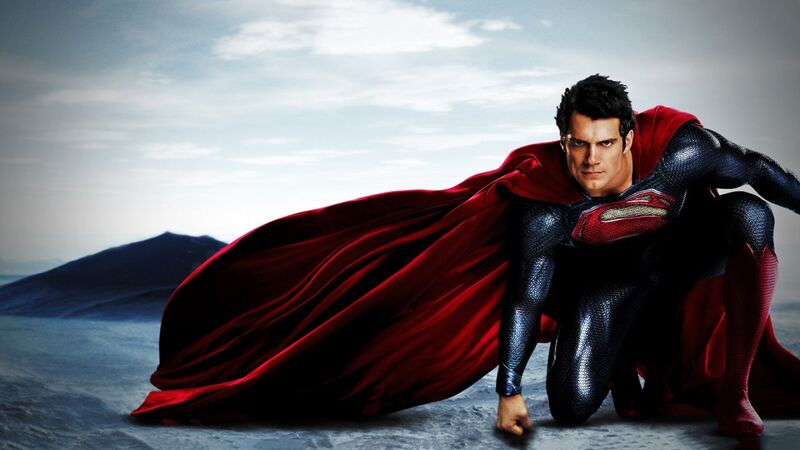 The Four Superman Stories That Made ‘Man of Steel’

The much-discussed DC Extended Universe of current films are getting all this buzz as Justice League‘s release nears. And the DCEU began with the love-it-or-hate-it 2013 film Man of Steel. No matter how you reacted to it, there was certainly a lot of references to classic comics for Superman fans to find.

Theatrical superhero movies usually combine elements of multiple stories from the comics they’re based on. Zack Snyder’s Man of Steel was no different, and it took guidance from so many classic sources. Of the many inspirations folks might overlook, the film is primarily an adaptation of four notable Superman stories: Superman: The Man of Steel, The Supergirl Saga, Superman: Last Son, and Superman: Earth One.

Superman: The Man of Steel

In 1986, after rebooting their entire multiverse in the seminal Crisis on Infinite Earths, DC Comics hired superstar writer and illustrator John Byrne to reimagine Superman’s origin. He began one of the best Superman runs ever with a miniseries called The Man of Steel. Every Superman story since then, in any medium, is indebted to this miniseries.

The Man of Steel reinterpreted the doomed planet Krypton as a sterile world where everyone was genetically engineered. The miniseries emphasized Clark Kent’s human upbringing over his alien heritage, ending with him explicitly deciding that he thinks of himself as human. Clark’s parents, Jonathan and Martha Kent, were both established as alive and active in their son’s adult life. Prior to this, they had both been portrayed as dying before Clark became Superman. The Man of Steel also established that Superman’s powers weren’t as godlike as before, with many enemies as strong as he is, if not stronger, eliminating complaints of Superman being “too powerful.” Lois Lane became as heroic as Superman and an occasional action hero, and less of a damsel in distress. The Man of Steel quickly (and rightly) became regarded as a classic.

In their film, David Goyer and Zack Snyder chose to depict John Byrne’s atypical Krypton, even though the comics had since reverted to a more utopian portrayal of the planet. They also picked up on characterizations and themes from The Man of Steel, although this was nearly unavoidable since nearly every Superman story in the interim had done the same.

In 1988, Byrne, working with Jerry Ordway, concluded his run with a three-parter titled The Supergirl Saga. In this story, Superman discovered that the General Zod, Quex-Ul, and Zaora of an alternate dimension had murdered almost the entire population of that reality’s Earth. Superman watched the last survivors fight back and attempted to help them. He failed and they died. The criminals destroyed the only available Phantom Zone projector, so that Superman could not re-imprison them there. (At this point in his career, Superman did not know how to build a new Phantom Zone projector).

Superman captured the Kryptonian criminals, exposed them to gold kryptonite (removing their powers) and watched them laugh and declare that they would someday do to Superman’s Earth the same thing they had done to theirs. Deciding that he was “the last representative of law and justice on this world,” he exposed them to lethal green kryptonite. The story was controversial at the time and still is with some. Reflecting this, Superman in subsequent stories quickly started to regret his actions, exiling himself into space in the classic Exile story arc.

In their film, Goyer and Snyder chose to conclude their Superman’s struggle with Zod in a similar fashion. While Zod’s genocidal plan is only attempted in the film, Superman causes his death to protect his potential future victims after it becomes no longer possible to return Zod to the Phantom Zone (in the film, because the mechanism for doing this has already been expended in imprisoning Zod’s army of fellow convicts). Superman actually feels guilty for killing Zod even quicker in the film than he did in the comics.

This story defined General Zod’s 21st Century characterization, influencing both the New Krypton saga and General Zod’s New 52 appearances. In 2006, 2007, and 2008, (this story experienced some major publishing delays!) Superman experts Geoff Johns and Richard Donner reintroduced the general after decades of absence. Joe Kelly and Brian Azzarello had written stories featuring a Russian-style Zod whose real name was Avruiskin, but that Zod never truly caught on. So Johns and Donner presented a classic Kryptonian Zod leading an army of Phantom Zone criminals in a destructive, full-scale invasion of Metropolis. Spaceships crashed into buildings, the US military got involved, and ultimately the day was saved by returning Zod’s army to the Phantom Zone.

Crucially, this story introduced Zod’s desire to turn Earth into a homeland for surviving Kryptonians. Zod had always had a personal grudge against Superman and his Kryptonian family, and that grudge was preserved in this story, but it was in this story that Zod became something of a visionary with a plan for his people’s future. Zod berates Superman for trying to live a human life in this story, and this disdain for humanity would endure in later Zod stories. Even Zod’s bearded appearance came into the comics in this story (Terrence Stamp aside, Zod had been clean-shaven from the 1960s to the 1980s).

This might be the strongest influence on the film of all. The entire story structure of Man of Steel is directly lifted from J. Michael Straczynki’s 2010 out-of-continuity graphic novel Superman: Earth One. In Earth One, a young, low-on-money Clark Kent is introduced trying out various jobs. Martha Kent is alive but Jonathan Kent is not. Clark’s childhood, including an encounter with a bully, is shown in flashbacks.

Clark discovers his alien heritage at the midpoint of the story. Almost immediately afterward, he becomes Superman specifically to stop an alien invasion centered in Metropolis, despite having no experience at all in the superhero business. The invaders have come to Earth specifically to target Clark. He battles the invaders, destroys their machines, and uses the spaceship that brought him to Earth against the invaders. Daily Planet staff including Lois Lane assist Clark during the chaos. Once the world is safe he starts wearing glasses and joins the Daily Planet, ending the story — whereas most retellings of Superman’s origin story have him do both of these things shortly before he becomes Superman.

Man of Steel is so reminiscent of Earth One that it’s impossible not to notice the resemblance. The graphic novel has the pacing and spectacle of a blockbuster action movie, and it makes nearly every choice about how to characterize a young Superman in the 2010s that Man of Steel did, from the bullies to the identity questions to the to the lack of experience.