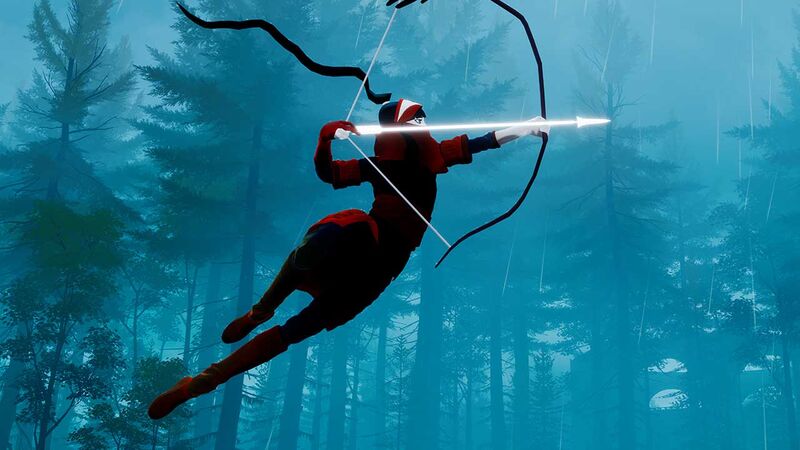 All the Trailers and Announcements From The Game Awards 2018

It’s was clear even in the early stages of The Game Awards that Red Dead Redemption 2 was going to absolutely clean up. It walked away with its arms full of awards. Then again, we all kind of knew that’d happen, didn’t we? Though an argument could be made for the real winner this year being the Epic Games store (see below).

There were some great in-jokes, such as the voice actors for Kratos and Atreus standing up together to present an award. When the younger of the two hesitated to open the envelope, out came the Kratos voice: “Read it, boy.”

But The Game Awards are also great for world premiere trailers, and we’ve got you covered with all of those, as well as the biggest announcements, below.

This trailer throws so many Marvel characters at you it’s hard to keep up.

Wow, it certainly looks like this one has just about everything. From Ultron, to Sandman, to Fisk, to the Guardians, to Sentinels, and of course, Thanos.

You’ll put together a team of your favourite heroes and pit them against Thanos and his warmasters, The Black Order. You’ll be racing to find the Infinity Stones before they can, because you know what happens when Thanos starts feeling snappy.

Serving as a sequel to the events of Far Cry 5, this takes the same Montana setting, opens it up, and throws in a few nuclear bombs for good measure. It looks like any semblance of order has been abandoned in New Dawn, and it’s every roaming bandit for themself.

It’s an “after the bombs dropped” post-apocalypse setting, and given the disappointing reception to Fallout 76, this might be a better Fallout than Fallout. It’ll certainly have NPCs.

Expect it in an increasingly crowded mid-February 2019.

You know those parents who are just waaay too overprotective? As the son of the guardian of the underworld, all you want to do is get up to the surface and party once in a while. But Hades has other plans. It’s up to you to brave his many traps and minions to hopefully, maybe, eventually, get out of the dungeon that is Hell.

This one is from the makers of Bastion, and Hades uses their familiar camera view for another isometric, combat-focused game with what will probably be a ton of supporting dialogue.

Arguably the biggest news here is this game is available tonight from the Epic Games store, in Early Access. Not only has Epic made a big play for more developers with their decreased fee, they’re coming out swinging with exclusive games. It looks like Early Access is also free, so… get onto that.

We were treated to a prerendered fight between Raiden and Skorpion, and even though no gameplay was shown, one could read into this trailer and assume that the X-Ray system is being beefed up with weightier, gorier hits.

WB wants to make sure you’re at least 18 before you watch the trailer. Are ya? Are ya really? Oh alright, go on then.

This one comes from Obsidian, the same folks who brought you some of your most beloved RPGs.

Here, you’re on a colony that’s been abandoned by the corporation that set it up, and now you’re going to pit yourself against it.

Humour plays a large role in the tone here, which suggests this might be something in between Fallout and Borderlands.

This remake of an old classic is promising new additions to bring it into the modern era.

This includes online play, and the characters and levels have been brought up to snuff by modern graphics standards.

It looks like either Sea of Thieves or Skull & Bones, but Atlas is actually a seafaring MMO. With 45,000 players in the same environment, there’s enough room to form your own intercontinental empire.

The team’s representatives at the show claimed it was 1,200 times the size of a single Ark server, containing biomes ranging from tropics, tundra, and polar regions, with boring ol’ cattle creatures to the giant, mythological fare.

It was announced that a demo for DMC5 will be available on Xbox One, one day after The Game Awards.

That’s showing a lot of confidence in the game’s new engine, and it’s a good sign. Expect the full game on March 8th.

We knew there was a Creator mode coming to Fortnite, but Epic has decided to clear a bit of space in the main map for the coolest community creations.

This is now available in-game, and it sounds like it’ll directly be involved in gameplay. Pretty exciting not only for players but potential creators.

The creators of the hit Netflix show announced a new game that’ll follow the events of the upcoming Season 3. It’s a pixel art adventure game with multiple characters that will definitely involve some puzzle solving, and it looks like you’ll be wielding ranged weapons as well.

Stranger Things has played around with quick, browser-based videogames before, and this very much looks like an extension of the idea.

Well, isn’t this a beautiful trailer.

We have no idea how it’ll play, but colour us interested.

We’ve learned about how Anthem will play, and we’ve known about the classes for some time now, and even that it won’t have romances. But this latest trailer gives a little more insight into the story.

The developer on-hand talked it up as a character-focused game, and while we didn’t see much of that in the trailer, there are some highly detailed facial animations on display.

Here’s another Bioware game to show they’re working on more than one thing. There were rumours that we would see a new Dragon Age announced, and we weren’t disappointed — even if the actual trailer was a bit disappointing.

All we saw was a logo and the hashtag: #TheDreadWolfRises

From Giant Squid, comes a new ninja character to take on some rather evil-looking forest spirits. Put this one into the category of “We’ll have to wait to see how it actually plays,” but for now we can enjoy the art style.

Josh Holmes from the development team talked about making a “survival shooter co-opetition.” It’s a survival game with elements refined to the point where they can hurt or hinder other players, which could be very intresting.

No gameplay was shown though, so we may have to wait a little longer to find out.

Billing itself as a pop album game, ultra-stylised endless runner for Switch in 2019. It looks like it occasionally shifts into a kind of fighter mode, blasting hadoukens across a 2D plane. But for the most part, the gameplay shown is akin to a neon Temple Run, dodging obstacles and collecting bits and bobs as you run into the foreground.

It certainly is poppy, and this one might live or die on how much you enjoy the music. The tracks sound catchy, but the longevity of the gameplay and the music will be inseparable.

Promising to be “a vibrant survival sandbox adventure,” not much was shown of Among Trees‘ gameplay. Its trailer doesn’t show much in the way of threats, either, though the “survival” aspect of its description implies there will be some nasties to watch out for.

Monster Hunter: World developers promised they will have “some big news soon,” later specifying it should be coming “a few days later.” They walked off the stage with the award for Best Role-Playing Game.

Dedicated servers will be coming to Dead by Daylight by 2019, and the lead developer said they’ll be wanting to support the game for another five years at least. Its new villain, shown in the trailer, looks to have chameleon abilities. These will be fellow teenager villains that don’t have the same restrictions as the other monsters.

Dauntless also announced that it’s coming to the Epic Games store, and there was a new weapon on display in its trailer. For Monster Hunter fans who want to wield a mace, this is for you. Check out its Frostfall expansion.

Magic: The Gathering‘s vice president of esports took the stage for a while to announce a big investment into esports, injecting $10 million USD into a prize pool across Arena (the digital version) and tabletop Magic. You can learn more about that here.

Joker from Persona 5 will come to Super Smash Bros. Ultimate in its first DLC pack, and like the other DLC additions, will come with a stage.

The Stanley Parable will have a new version coming out on consoles and PC with new endings and new choices. Rocket League has a McLaren 570s, available now.

Patrice Desilet talked about his new game Ancestors, which is looking super cool. Some clips were shown of apes crawling around in Africa millions of years ago, being preyed upon and preying on others. We’re not exactly sure how it plays yet, but we can expect it sometime in 2019.

PUBG is bringing out a 6×6 map, and it’ll be covered it snow. That means you leave footprints, and players can track each other accordingly. There’s a snowmobile to traverse this new landscape as well. It’s out on PC now, and the console versions will come in January.

In the end, God of War pipped Red Dead Redemption 2 for Game of the Year. But we couldn’t help but feel like the real winner was the Epic Games store, with a real statement of intent. We’ll be watching that space closely.