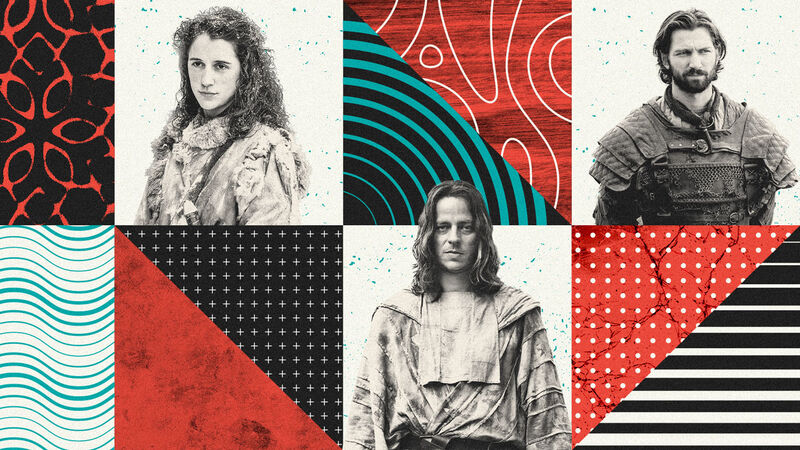 WARNING: FULL SPOILERS FOR THE SERIES FINALE EPISODE OF GAME OF THRONES, “THE IRON THRONE,” FOLLOW.

Now that HBO’s Game of Thrones has wrapped up, in a swirl of fire and blood and Bran the Broken, we can look back at which characters essentially vanished from the show – especially given some familiar faces did show up in the finale, in the Dragonpit, after having been gone from the story for quite a while, including Edmure Tully and Robin Arryn.

But not everyone popped back into the picture. Some were left behind on totally different continents while others just took their ball and went back to their barricaded keeps. And some… Well, they could have been hidden among the masses the entire time.

Here’s a rundown of some notable Thrones-ers that were never seen again and stayed absent from Season 8 entirely. Those at home, washing their tights.

It’s speculated that one of the mystery lords in the series finale, in that Dragonpit — the one wearing green — could have been our first (and only) look at the present day Howland Reed. He’s the northern Lord of Greywater Watch, father of Meera and Jojen, and the guy who helped a younger Ned Stark storm the Tower of Joy to “rescue” Lyanna Stark.

If true, it’s a cool callback, but it doesn’t exactly explain or excuse why his daughter Meera permanently went “poof” back in Season 7, after some long and hard-fought journeys with Bran across multiple seasons. She opened up to Bran a little bit, emotionally, and he responded with one of his variations of “I am no longer capable of human emotions” so she packed up her swamp gear and went home. It would have been nice to see her return for the battle against the Night King and beyond, but it seems her (greywater) watch had ended.

We asked Fandom’s Game of Thrones community which character they most wished returned in Season 8, and Tim Xman wanted Meera to show up in the end “to congratulate Bran on becoming King because she helped him survive.”

Killer of many and lover of Dany, the sellsword Daario – or “my baby daario” as Fandom GoT Community member May9148 put it – was dumped by the Mother of Dragons back at the end of Season 6, right before she made her trek to Westeros. She basically left him in charge of Meereen, to “keep the peace,” as it were. We’re not sure what kind of leader Daario was, or whether or not the entire region just slipped back into the slave trade the second Daenerys left it in her rearview, but we do know his heart got broken into itty bitty bits.

It certainly felt like Daario could have returned in these final few episodes, to further aid Daenerys in her quest to topple King’s Landing, but she never sent a raven. Or a seagull. Or a whatever you’d send across an entire ocean to give someone a message. We would have loved to see his reaction to what happened to Dany though, overall, in the end. Would he have been shocked or would he have been all “Haha, classic Khaleesi”?

Mithlodiel definitely missed Daario, writing, “After he was left behind we had no news of him. Not even one raven. Is he planning revenge? How did he take it?”

We’re not here to argue whether or not the man known as “Jaqen H’ghar” even exists, just to note that we never saw that face again after Season 6. Or even Arya use the House of Black and White face-swapping assassin trick since the Season 7 premiere.

Of course, this guy, or any Faceless Man of Braavos, could have been anywhere at any time. Hiding in plain sight. He could have been running from the dead in Winterfell or getting torched alive in King’s Landing. Or maybe he was “Random Dothraki Bloodrider 3.” Regardless, as far as we know, No One made quite the non-showing in this final season.

MizPatti, for one, assuredly felt his absence, wanting “Jaqen H’ghar, but not so much Jaqen H’ghar. He was always the wild card of someone in disguise.”

Plenty agreed, as Jaqen H’ghar won the Fandom Reader Poll for who you would have liked to have seen appear again, with 38% of the vote – besting second place Daario, who came in with 25%.

Like Meera, it’s not like we don’t know where Hot Pie was – at the Inn, browning his butter – but he sure didn’t show his pies, or pie hole, in the final season. Last we saw him, he was treating Arya to some fine baked goods upon her return to Westeros and informing her that Winterfell belonged to the Starks once again.

We’d like to think that he’d have been spared in whatever marauding Daenerys had planned for the Riverlands. Not only is he a self-professed survivor, but he’s got carbs in his corner. “I wanted to see Hot Pie again!” wrote SpoonyMist48. “He’s done well for himself, enjoys his life.”

“I wish we found out what happened to Ellaria and Tyene Sand,” wrote Josiah Feller.

Oberyn’s vengeful partner was last seen in Season 7, confined to the Red Keep’s dungeons where she’d be forced by a vengeful Cersei to watch her remaining Sand Snake daughter, Tyene, succumb to poison and wither in front of her, while she was kept alive by her captors. Presumably, she was obliterated along with most everyone else when Drogon set his fiery sights on the castle.

Ellaria wasn’t a loose end we expected to see again, really, and it should noted that actress Indira Varna stated that she wouldn’t be coming back to the show during interviews in 2017 following the character’s final episode, Season 7’s “The Queen’s Justice.” However, fans could also assume that Cersei’s reign probably wasn’t going to last long enough for Ellaria to perish from old age in that oubliette. Someone was going to supplant the queen and that person would have to deal with Ellaria. Yes, we can now just imagine her dying off screen with hundreds of thousands of others when King’s Landing fell. Even if she somehow survived, with all the chaos and destruction around, it’s highly unlikely anyone would find Ellaria and she’d either starve or suffocate soon afterward.

Still, the specifics of her final fate will forever remain unclear. As WickDaLine writes, “I’m guessing Ellaria died in that dungeon with her only daughter?”

The man who actually killed Ned Stark, the tongueless King’s Landing executioner Ilyn Payne — boasting the most executioner-y name ever — was last seen way back in Season 2 when Cersei and Sansa were confined to Maegor’s Holdfast during the Battle of Blackwater and he was there to kill them before Stannis’ men could get to them. The actor portraying Payne, Wilko Johnson, received a cancer diagnosis in 2013 that he fortunately overcame, though his character never returned to the show, despite being mentioned once more in Season 4.

You could speculate he died during the decimation of the city, but that’s only if he was in King’s Landing during the final season, which was never spoken of. He was on Arya’s list after all, and she may have had it in mind to kill him along with Queen Cersei, before the Hound convinced her to abandon that plan and save herself.

KillRoy231 wished he could have seen Payne again, writing, “he is the only villain to presumably survive the series unreformed, as he disappeared in an earlier season and likely left King’s Landing. I know there was an issue with his actor but I heard that’s all better now, plus they recast the Mountain twice.”

There are a couple of characters who weren’t a big part of the series overall, but were a big deal for a few scenes here and there and then vanished – somewhat like Ian McShane’s Brother Ray, except without the courtesy to quickly die to wrap up their story completely.

One is Lord Robett Glover, played by Blackadder’s Tim McInnerny, who was all over Winterfell in Seasons 6 and 7. Then when the Night King came calling in the final season, it was reported that House Glover were being total jerks and staying put in Deepwood Motte, never to be seen again. So let’s hope the undead got Lord Glover. Otherwise, he’ll have to face the judgment of Queen Sansa and likely pay a steep price for his cowardice.

We never returned to the Citadel so we never saw the return of Jim Broadbent’s Archmaester Ebrose. Sam clearly got a promotion in the finale, to the Grand Maester for King Bran’s capital keep, and with that came the revelation that Ebrose and Sam had consulted on a massive tome together – titled A Song of Ice and Fire.

So unlike Lord Glover, this dude’s fine. He’s far away producing literature that totally omits Tyrion from all accounts of historical record.

Of course, some in the Fandom GoT community had additional ideas on which characters should have returned:

“A look at Nymeria just watching Arya’s ship sail away and she has a last prolonged moment of their eyes meeting would be a much heartfelt portion of her goodbye” – Moff.Lufeku.

“Quaithe!! We never saw her again, or found out what she knew about Dany.” – David Gayle

“Syrio Forel” – Redfive71 (who, presumably, is one of those who speculate that Syrio’s off-camera death was not what Arya assumed it to be)