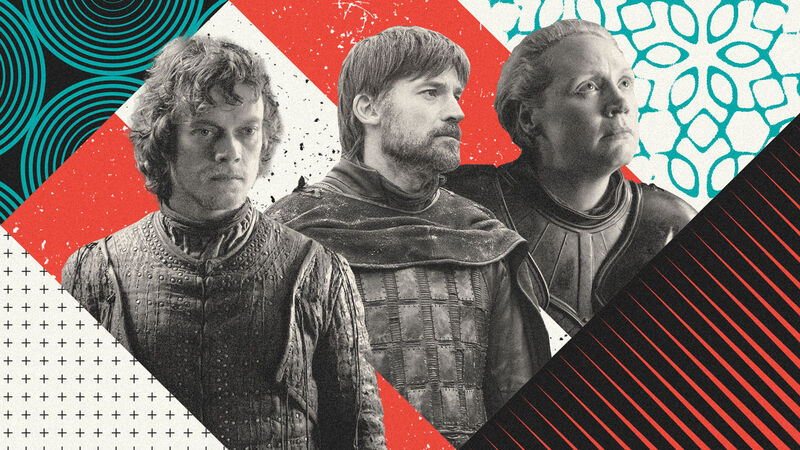 ‘Game of Thrones’ Death Pool: Who Will Die in Season 8, Episode 3?

The first two episodes of Game of Thrones Season 8 have been surprisingly kind to the main characters, bringing about many big reunions and emotional moments. But in the third episode, airing this Sunday night, death is coming.

That death comes in the form of the White Walkers and Wights descending on Winterfell, and almost certainly will mean the end of the line for more than one familiar face on the series.

But with so many characters gathered together to defend Winterfell, who is most likely to fall?

He grew up among the Starks. He betrayed the Starks. He committed horrific acts, and then had horrific acts committed upon him. He reconnected with Sansa Stark when both found the courage to fight back and escape their terrible plight. He was too scared to act when his sister, Yara, was taken captive by their cruel uncle, but then rallied to risk his own life to save her. And now he has returned to Winterfell, where he once betrayed so many, to stand tall and fight alongside those gathered to face the Night King’s army, his bond with Sansa now closer than ever.

It’s been an amazing path for Theon Greyjoy, filled with highs and lows among the most dramatic of any on Game of Thrones. But now that he has made peace with so many, is it time for this story to end? Plenty of you thought so in our poll.

Should we say goodbye to Theon on Sunday, we’ve prepared an obituary for him…

The youngest child of the late Lord Balon Greyjoy, Prince Theon was born at Castle Pyke, though he would not live there long. When Lord Balon failed in his rebellion to free the Ironborn from the rule of King Robert Baratheon, Theon was given to Lord Eddard Stark as a hostage. Prince Theon was only eight years old when he left his ancestral home and would not set eyes upon his homeland again for over a decade. The situation would leave an indelible mark upon the young Prince that would follow him into adulthood.

Living as a ward of the Stark family for most of his life left Prince Theon with conflicting loyalties. Far from the harsh conditions of the Iron Islands, the young lord was swayed by the landlocked ways of the North. Theon even went so far as to befriend the children of Lord Stark, becoming particularly close to Lord Robb Stark. The boys would prove inseparable until Prince Theon’s house loyalty reasserted itself in the wake of King Robert’s death, in a misguided attempt to prove himself a worthy heir to his father, Lord Balon. The plan failed, but not before Theon committed acts he would spend the rest of his life regretting and striving to redeem himself for.

Instead of returning triumphant to the Iron Islands, he was captured by House Bolton. Theon was then infamously tortured to near madness. As Ramsay Bolton’s prisoner, Theon was subjected to physical, psychological, and emotional torment designed to break even the strongest mind. Robbed of his manhood, his dignity, and even his very name, Prince Theon, under Ramsay’s cruel orders, subsumed himself into the entity of Reek in order to survive. Theon would eventually overcome these unimaginable traumas and break free of the captivity Ramsay held him under, both mental and physical.

While his actions had him frequently labeled as dishonorable, Prince Theon will be remembered fondly for several pivotal moments of bravery, including risking his life to rescue Lady Sansa Stark from her own brutal captivity at the hands of Ramsay Bolton and their subsequent escape together. This act forged a strong bond between the two that would last for the remainder of Theon’s life. Prince Theon also showed political savvy when he agreed to put aside his claim to the Iron Islands in favor of his sister, Princess Yara Greyjoy, and would later risk his life again to save her after she was captured.

Prince Theon is preceded in death by his father and his older brothers Rodrik and Maron. He is survived by his elder sister Yara and his uncle Euron.

“All or most of them…..” – SerBronnoftheBlackwater

“Gotta be Greyworm. That scene of him and missandei talking about growing old just felt like foreshadowing his death” – Dean Troilo

“Brienne maybe by putting herself in the line of harm protecting Jaime. She has had her crowning moment when Jaime swore her as a Knight of the Seven Kingdoms signifying a life-long worth of achievement. Put simply her story has ended. Jaime can’t die because if he must then it must be by the hand of Bronn, if so then Cersi would have had a too satisfying life of all where everything she wants always happen.” – Stephen Rwafa

“I think Theon is gonna die in the god’s wood trying to protect Bran. He doesn’t have a Valerian sword. And his men have never seen the night king and have been known to turn on him.” – PoetryRoze