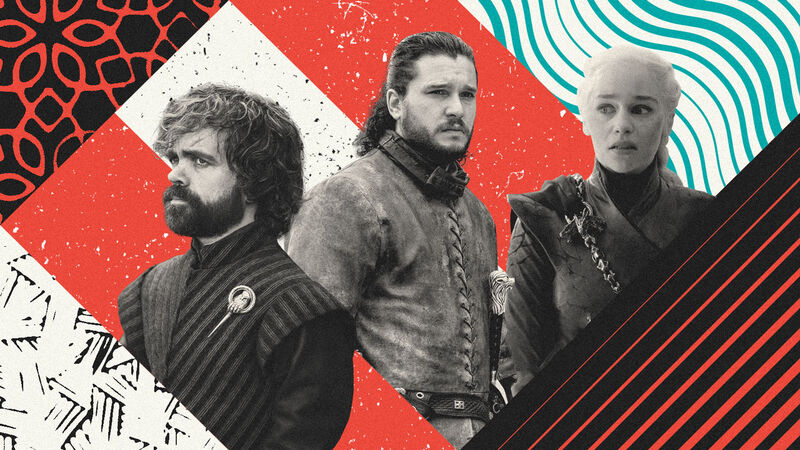 ‘Game of Thrones’ Death Pool: Who Will Die in the Final Episode?

As the story comes to a close, it feels like there’s no way everyone can survive, especially after what occurred in the much-debated penultimate episode. But who is the most likely to fall?

When we asked Fandom’s Game of Thrones community who they thought was most likely do die in the series finale, the “winner” was very, very clear…

She may have many titles that accompany her, but going into the final episode of Game of Thrones, it’s clear that many seem to feel her biggest one is now Dead Woman Walking.

This was the biggest percentage we’d had anyone top our polls with by far this season, though it’s not too surprising. After all, Dany has now taken such a dramatic and dark turn, thanks to the previous episode, it’s difficult to see how she can make it out of the series alive. But could the Mother of Dragons fight back against those odds? We’ll find out soon enough. In the meantime, we’ve prepared an obituary for her…

Daenerys Stormborn of House Targaryen, the First of Her Name, Queen of the Andals and the First Men, Protector of the Seven Kingdoms, the Mother of Dragons, the Khaleesi of the Great Grass Sea, the Unburnt, the Breaker of Chains, has died.

The daughter of King Aerys II and Queen Rhaella, Queen Daenerys was born into a world at war. Birth on Dragonstone during the final day’s of Robert’s Rebellion, Daenerys and her elder brother Viserys were secretly sent across the Narrow Sea to avoid execution at the hands of Baratheon forces. Daenerys would spend her girlhood moving from one of the Free Cities to the next. In Pentos, her brother would broker her marriage with Khal Drogo of the Dothraki, forever altering the history of the world.

Over the course of the next few years, Daenerys Targaryen would make a dizzying ascent from last scion of a dying House to one of the most powerful people in the known world. Along the way she would suffer the loss of her brother Viserys, her husband Khal Drogo, and her son Rhaego. She would wander the Red Wastes of Essos and watch her people die of exposure. She would become embroiled in the politics of Qarth, barely escaping with her life and those of her dragons. Daenerys would free the Unsullied and use them to destroy their former masters in Astapor. She conquered Yunkai and Meereen, as well as bringing ever khalasar under her command. By the time Queen Daenerys set sail for Dragonstone in 100 ships brought by Queen Yara Greyjoy of the Iron Islands, she would have tens of thousands of men in her army.

After arriving in the land of her birth, Queen Daenerys continued her meteoric rise. Allying herself with the remnants of House Tyrell, House Martell, and bringing Varys and Melisandre into her employ, the Mother of Dragons made an ill-fated foray into the Westerlands of the Lannisters. The miscalculation led directly to her alliance with Jon Snow, the King in the North. This, in turn, brought the truth about the Night King to the Seven Kingdoms, as a wight brought from beyond the Wall proved the truth to the rumors.

Daenerys’ final days would find her hailed as a hero once again for her role helping to fight the Night King’s forces in the Battle of Winterfell, only for her reputation to be forever changed shortly after when she laid waste to King’s Landing, after successfully defeating Cersei Lannister’s combined forces.

She is preceded in death by her mother, her father, her two brothers, her husband, and her son, along with her beloved dragons. She leaves behind no crown nor heirs.

Below is a sampling of comments the Fandom GoT community left with our poll.

“Grey Worm for sure!” – Mindofdreams

“Dany will execute Tyrion for freeing Jamie and Jon will kill Dany for going mad.” – Miss808

“Sansa ? Dany blames her for telling Tyrion , and for ultimately Varys’s betrayal.” – Bekah21