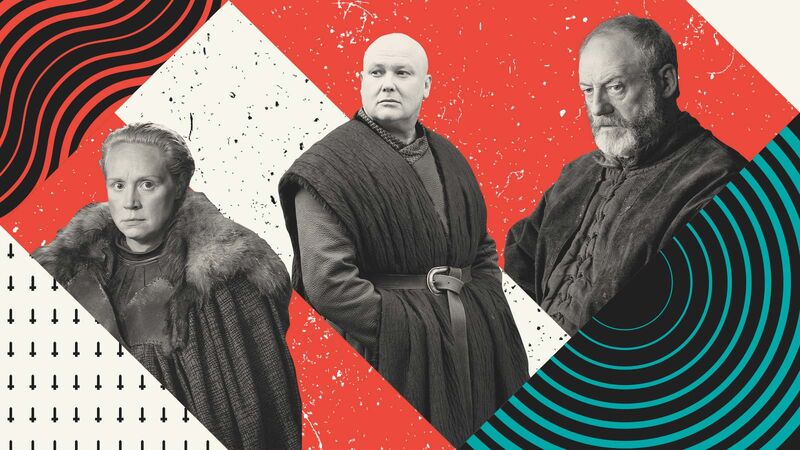 Game of Thrones Death Pool: Who Will Die in the Season 8 Premiere?

People die on Game of Thrones. A lot. And with only six episodes in the final season, it feels like the deaths will have to accelerate, starting right out of the gate with the season premiere on Sunday night. But who might be the first to fall? Obviously, Game of Thrones isn’t shy about killing multiple characters in one episode, but if only one prominent character met their end this weekend, who’s the most likely?

Quiet, unassuming, and yet oh-so knowledgable, Varys has been discretely manipulating events since Game of Thrones began and has changed allegiances more than once before finally ending up by the side of Daenerys Targaryen. But could luck finally be running out for the one sometimes known as The Spider? That’s what our poll results found, with 19% believing Varys is the most likely to die in the Season 8 premiere. Certainly, Varys would be an impactful, meaningful death to kick off the final season of the show. But Varys has proven to have a trick up his sleeve time and time again. We’ll soon discover if he’s marked for death or not…

Should our poll be correct and Varys falls in the Season 8 premiere, we’ve affectionately prepared an obituary for The Spider:

Varys, lovingly known as ‘The Spider’ to friends and foes alike, was born across the Narrow Sea in Lys into a life of slavery. Early in his hard-knock childhood, Lord Varys was subject to a brutal mutilation that would forever set him apart from other men by robbing him of the needs of the flesh. Many trials and tribulations followed, each teaching Lord Varys another lesson he would hone into his formidable skill set as a trafficker in the most precious currency of all, information. From Myr to Pentos and finally to Westeros, Varys saw more of the world before his eighteenth name day than most men see in their entire lives.

From these humble beginnings, the Master of Whispers rose to become one of the most prominent men in the Seven Kingdoms. Using his skills and vast network of “little birds” Varys became an indispensable advisor to King Aerys II. Varys stalwart commitment to the Targaryen dynasty coupled with his complete lack of desire to gain power for personal gain made him a good friend and honorable opponent. Lord Varys’ dedication to helping the smallfolk through public service kept him in the good graces of King Robert, integrating the spymaster into the new hierarchy with ease.

Though he had no blood family members he was in contact with, Lord Varys is survived by his dozens of “little birds.” The people of Westeros will always remember the Master of Whispers as a champion of the people, an unwavering ally to House Targaryen, true rulers of the Seven Kingdoms, and a master tactician. He will be truly missed.

Below are comments from the Fandom GoT community left with our poll, including who they might choose among those “Other” selections…

“They might go for the big shock early. Dany, it was nice knowing you.” – DonDrapersDaddy

“Don’t think anyone truly important. Maybe Edd or something but most will likely perish in the Battle at Winterfell in like 802 or 803.” – Freaky Ass Smile Lord

“I think it will be Jaime. I have no reasons, it’s just a hunch.” – Dave chaves

“Anyone but Hot Pie!” – AlexanderOfNine

Will Varys indeed meet his end in Game of Thrones’ season premiere or will he live on? We’ll begin to get those answers on Sunday, April 14th when Game of Thrones Season 8 begins.

Get ready for Game of Thrones’ return with the following stories:

Game of ThronesQuestions You Forgot the Answer To

Game of Thrones: What Are the Odds of These Fan Theories Coming True?

Game of Thrones: Where Each Character Left Off Heading into the Final Season

Game of ThronesDeaths: Who’s Claimed the Most Victims?