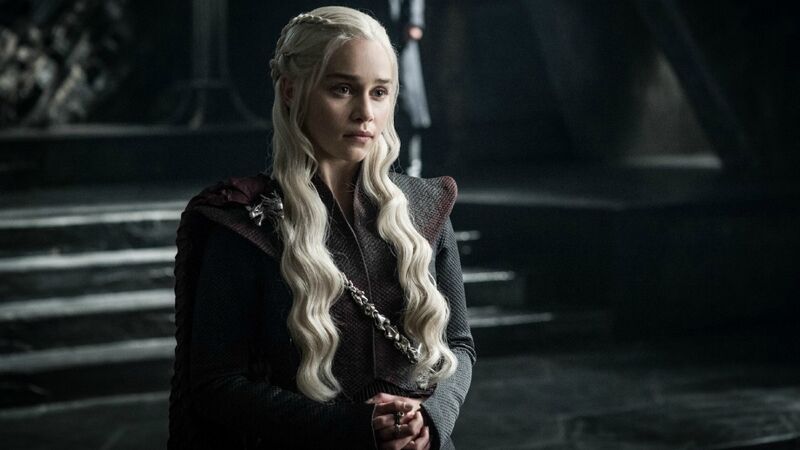 With Season 7 of Games of Thrones almost upon us, fans across the world are wondering what is in store for their favorite characters. Will they survive the season, or will they succumb to the fates of so many characters throughout the series? As we prepare to rejoin Jon, Daenerys and the rest of the Westeros gang, we invite you to mull over these surprising Game of Thrones predictions and theories.

Jamie kills Cersei, adds “Queenslayer” to his list of titles.

At the end of Season 6, Cersei finally got to sit on the Iron Throne as ruler of what remains of the Seven Kingdoms. But how long will she stay there? It’s fair to say that Cersei has angered a lot of people in her ascent to the throne, and there are plenty who want her dead. But who is in a position to actually do the deed? Cersei is on Arya’s list, and she definitely has the skills to get close. But Jamie, her brother/lover, is the more likely candidate to kill Cersei.

Jamie earned his nickname, the “Kingslayer” when he killed the Mad King because he planned to use wildfire to burn King’s Landing to the ground. Cersei has just done what the Mad King never got around to doing – she actually used wildfire to kill her enemies (and indirectly, her last child). With enemies on all sides and nothing left to lose, it is not inconceivable that she will look to use wildfire again. If and when she does, Jamie will see that she has gone too far and history will repeat itself.

In the books, Cersei has a death prophecy hanging over her head. It foretells that she will be killed at the hands of the “valonqar” – a High Valyrian word meaning “little brother.” That line of the prophecy was left out of the television version, but it is still a relevant clue to how Cersei will meet her end. Cersei is the eldest of the Lannister twins, making Jamie her “little brother.” Jamie is already the Kingslayer. It is not too far a step for him to become the Queenslayer as well.

Bran will warg into a Dragon, and also become Marty McFly, basically.

With Bran’s powers developing, there are a growing number of fans who believe that he will warg into one of Daenerys’ dragons. There is some evidence to support this theory. The Three-Eyed Raven told Bran that he would never walk again, but that he would fly. While Bran has the power to potentially warg into any flying creature, warging into a dragon is just cooler.

That’s not the only theory floating around about Bran. Thanks to seemingly gaining time-travel and past-altering powers in Season 6, there is now growing belief that Bran is actually the legendary Bran the Builder, one of the legendary First Men of Westeros. Not only did Bran the Builder construct The Wall, but he also built Winterfell and founded House Stark. Could Bran end up fulfilling a pre-destination paradox by going back in time and building the defenses that keep the White Walkers at bay for so long?

Tyrion will ride a dragon because he’s totally a Targaryen.

A prophecy once heard by Daenerys states that “the dragon will have three heads.” With its allusions to the Targaryen sigil of the three-headed dragon, and Daenerys possessing three dragons, many have come to the conclusion that two other characters will ride her other dragons. One of the most popular contenders to be a dragon rider is Tyrion.

Tyrion is fascinated by dragons and wanted one as a present when he was a child, only to be devastated to learn they had died out a century before. But Tyrion has a connection of sorts with Daenerys’ smaller dragons, Rhaegal and Viserion, after freeing them from their shackles in Meereen. They accept him when he frees them, making him a perfect candidate to ride one of them.

One popular fan theory asserts that Tyrion’s affinity for dragons is due to his “true” heritage. The theory posits that Tyrion is not a Lannister, but a Targaryen. In the books, the Mad King, Aerys II lusted after Tywin’s wife, Johanna. As the theory goes, Aerys eventually managed to bed Johanna, and the result was Tyrion. Tywin’s attitude towards his son supports this theory, constantly telling him that he is not his son, and that ashamed that he wears the Lannister lion only because he cannot prove that Tyrion is not his blood.

The Wall will fall, and it will definitely be Bran’s fault.

At some point, the White Walkers will try to get south of the Wall. And when they do, the rest of Westeros will suffer. But if the magical barrier protecting the Wall is so strong, how will the White Walkers breach it? The answer possibly lies in Bran’s fateful decision to descend into a vision state unsupervised last season.

We know from the trailer that Bran is heading south of the Wall, and appears to be in Winterfell at one point. By passing under the Wall, does he also doom it once the White Walkers arrive?

Someone is Azor Ahai, but Beric Dondarrion is just too obvious.

One of the major prophecies in Game of Thrones is that Azor Ahai, a legendary figure from history will be reborn following a long summer when evil and darkness descend on the world, bringing with him his flaming sword, Lightbringer. Melisandre has already proclaimed Stannis Baratheon to be Azor Ahai reborn, but considering that he died at the hands of Brienne of Tarth, that no longer seems likely. Still, the prophecy might be fulfilled by another character.

The trailer for Season 7 shows Beric Dondarrion prominently wielding a flaming sword, and he has been reborn by Thoros of Myr using the Lord of Light‘s power several times. But by prominently featuring him in the trailer, the producers almost seem to have made him too obvious a candidate. Jon Snow also fits the bill, having been reborn by Melisandre using the power of the Lord of Light.

However, there is a stronger candidate in Jamie Lannister. If Jamie kills Cersei as predicted, the act of killing the woman he loves might be enough to reforge Lightbringer. Azor Ahai created the sword by plunging it into the heart of his wife, Nissa Nissa. A comparable act of Jamie’s part might fulfill that part of the prophecy.

Which of these Game of Thrones predictions and theories come to pass? We’ll find out, little by little, when the seven-episode seventh season begins airing on HBO July 16th.