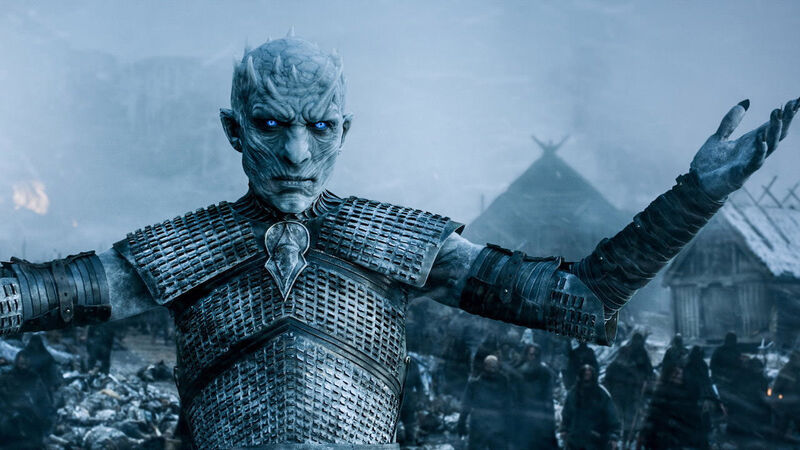 The ‘Game of Thrones’ Spin-offs We Want to See

Game of Thrones hasn’t even hit the post-mortem stage yet, and we’re already being promised stories long after we lay this series to rest. News broke this week about four writers working on four different scripts for potential spin-off tales. George R.R. Martin’s world of ice and fire is vast, and it has thousands of years of history. We haven’t even seen the continent of Sothyros yet! The world is rich with lore, some of which already has some source material to work with. Since there are four writers, here are four stories we’d love to see set in Game of Thrones’ brutal universe.

Tales of Dunk and Egg

George R.R. Martin has already published a series of stories that are more than tangentially related to existing Game of Thrones lore. The Dunk and Egg tales are all about Ser Duncan the Tall and his squire, Egg. The squire, you see, is the key to the story in that he’s actually Aegon V Targaryen, a Lord of the Seven Kingdoms who would later sit on the Iron Throne (If you’re trying to work out the Targaryen genealogy, Aegon V is Daenerys’ grandfather). Aegon ultimately ascends to the throne when his elder brother, Aemon (yes, that Aemon), refuses to become king.

Adapting these stories is a safe bet. Much of the background material already exists in one form or another, and the places and family names would be familiar to viewers and book purists alike. Visiting the Seven Kingdoms in a time of peace, while Targaryen power is still strong, would make for a remarkably different tone. A show focused on a vagabond knight and his squire would have the same appeal as arguably the most popular subplot in the whole series: Arya’s travels with the Hound after the Red Wedding. Failing a buddy-cop show about The Girl With No Name and her grizzled handler doling out vigilante justice, Dunk and Egg would be the next best thing.

This tale would be the equivalent of a Game of Thrones: Before They Were Famous. It would be tricky to adapt because it would mainly feature characters we already know from Game of Thrones but in their younger years. That said, it’s an important event in the history of Westeros that would make great television. The series could begin with the lead up to the tournament at Harrenhal, or just before the execution of Rickard Stark, head of House Stark, and his son and heir Brandon by the Mad King, Aerys II. We’d get a dashing, brooding, swashbuckling version of Ned Stark and his burly best mate, Bobby Baratheon. The illicit romance of Rhaegar Targaryen and Lyana Stark would put Diana Gabaldon to shame. Heck, even watching the tribulations of teenage Jaime and Cersei Lannister trying to escape the oppressive presence of their father would be compelling, and timelessly handsome Nikolaj Coster-Waldau could even play the young knight of the King’s Guard. Well, probably not, but dashing knights in golden armor struggling with inner turmoil are always a good sell.

We even have an end point. The end of the war saw the collapse of the Targaryen dynasty with the deaths of the Mad King and his son and heir, Prince Rhaegar. Robert Baratheon then ascends to the Iron Throne, thus beginning the Baratheon dynasty. Astute fans of the show will know that the Mad King’s two other children were safely smuggled across the Narrow Sea to Essos: Viserys and Daenerys Targaryen. Meanwhile, unknown to almost everybody, a grandson, Jon Snow, who is the son of Rhaegar and Lyanna Stark, is raised by his maternal uncle, Eddard Stark, who passes Jon off as his bastard son. From slaying mad kings to duels in rocky riverbeds, it would be exhilarating to see the action run right up until the events of the first episode of Game of Thrones.

Tales of Old Valyria, before the Doom

A spin-off series for a show this popular has license to move way beyond what we know. Setting the bulk of the action far in the past, across the Narrow Sea in Valyria would be a tantalizing recipe for adventurous television. For five thousand years, the Freehold of Valyria was a powerhouse of cultural influence and military might. Four hundred years before the events in Game of Thrones, a massive disaster known as the Doom of Valyria covered it in ash and killed all of the dragons. The after effects poisoned the air and seas around the archipelago, and travelers in the current era fear the ruins of old Valyria. Jorah and Tyrion sailed through Valyria last season, and Jorah’s encounter with the locals left him with a really bad skin condition. But the Doom has only ever been hinted at in the series, leaving it wide open for Martin and the producers to do whatever they wish.

I lose myself in fantasizing about tales from this era. Conniving nobles, world travelers, wild sexcapades, grand prophecies, and mortal combat are all a given for this merciless world. But how would power struggles play out when everyone has dragons? What would it be like to see Valyrian steel wielded by warriors en masse? Skies and rocky outcroppings filled to the brim with dragons? What wonders we would see that are so rare and precious in the current series! Given the success of Game of Thrones, HBO would likely have little hesitation about sinking a massive budget into the production. With the promise of at least one spectacular finale, when the Doom comes, viewers could expect the trademark intrigue and cataclysmic carnage they’ve come to expect in full force. It would also give us insight into the events that drive great world changes. Was the Doom a fluke natural disaster, or were Valyrians meddling with powers beyond their control? In either case, it was the last surviving great house, the refugee Targaryens, settling on Dragonstone, that led to the unification of the Seven Kingdoms. Seeing their story before all of the magic left the world would be a delicious joy.

The Dance of the Dragons

Why not have another Queen we can cheer for? The Dance of the Dragons was a civil war of succession in Westerosi history between Rhaenyra Targaryen and her half-brother, Aegon II. Rhaenerya’s story is perfect for epic television. Her father, Viserys I, declared Rhaenyra his heir before his death and involved her in all of the affairs of the kingdom. Denied the crown in favor of her brother by a bigoted, traditionalist lord commander of the Kingsguard, Rhaenerya proclaimed herself queen anyway. Her faction, known as the Blacks for the color of their garments, holed up in Dragonstone during the war. She fought against her half-brother with the support of many noble houses, including everyone’s favorite weathermen, the Starks.

The outcome of the war is a fixed ending, but the grisly details of the battles aren’t all there is to savor in Rhaenyra’s story. She has a loving relationship with her father. Her first marriage ends in tragedy, and she carries on a scandalous love affair with a social inferior. She struggles with issues of loyalty and command, which costs her dearly by the end, and suffers the loss of her children who fight for her out of love. Depending on how Game of Thrones comes to a close, Rhaenyra’s story could make an interesting contrast to Daenerys’ tale of queenship and conquest. Her tale of being groomed for power only to have her gender perceived as an insurmountable shortcoming has frightening relevance today. But above all else, this show would be incredible because there are dragons on both sides of the war. Do you want to see dragon riders fighting one another? Yes, you do; you know you do.