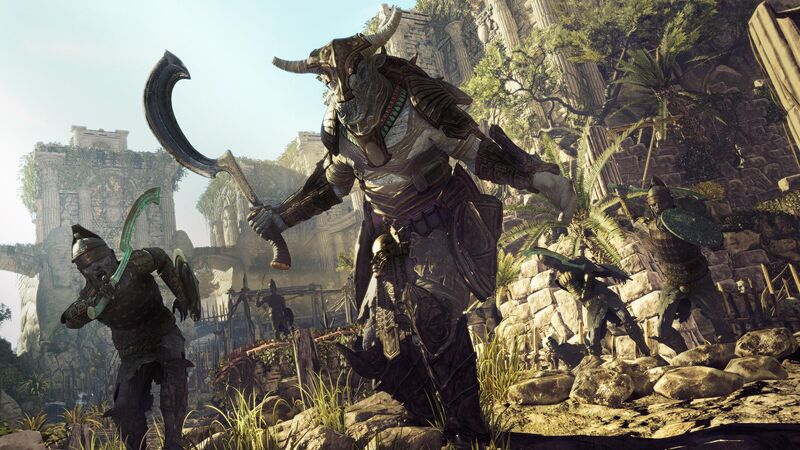 Gamescom 2017: The Gaming Gems That Should Be on Your Radar

After the behemoth that is E3, it can be easy for gamers to forget about Gamescom 2017. Yet, with over 300,000 attendees expected over the course of the show, the German mega-con is actually the second largest gaming event in the world — and it has the games to prove it.

Despite a meek showing from Microsoft this year (and Sony opting to abstain entirely), Gamescom has had its fair share of unexpected first looks and exciting new announcements. With hundreds of games playable on the show floor and many more hidden behind closed doors, we’ve tirelessly wandered around Koln Messe’s massive halls in order to find the best kept secrets that Gamescom has to offer.

Without further ado, here’s our picks of the little-known games that seriously impressed us in Cologne.

Developed by Swedish indie studio Zoink, EA’s first foray into the indie world is a surprisingly bizarre little adventure. Announced at E3 2016, little has been seen since of FE since, but after finally sitting down with this ambitious little indie title at Gamescom, we came away eager to experience more. Speaking with the game’s director, Hugo Bille, he reveals that FE was inspired by the team’s childhood adventures in the Nordic wilderness. Creating an atmosphere where players feel like a kid plunged into a mysterious forest, FE is a mysterious game that refuses to tell the player where they are or what they’re meant to be doing.

Put in control of a small, dark, and utterly adorable creature, traversing FE’s mysterious world is an experience of constant  discovery. Taking its cues from games like Journey and Metroid, FE is an incredibly atmospheric experience that sees you back-tracking through its sizable world. Thankfully though, FE‘s world you’ll want to inhabit. A large reason for this is the game’s brilliant soundtrack. As our cute protagonist patters along the forest floor and toward a nearby deer, his footsteps are accompanied by a slow and haunting string section.

Yet, in FE, music isn’t just part of the background; it’s also a crucial game mechanic. As our hero approaches a small yellow flower, Bille soon reveals that players can communicate with the forest by singing to it. While the noise that follows sounds more like a high pitched gargle than a beautiful melody, the note seems to resonate pretty strongly with the forest’s inhabitants, allowing the player to open new paths and form bonds with nearby animals.

Befriending the right creature in FE is crucial to delving deeper into the forest. Here, making friends with the right animal will even able to teach you new languages, allowing you to befriend even stranger creatures as you progress. In the next part of the demo, the studio’s Metroid influence rears its Samus-shaped visor, with the developer revealing that players are able to learn new abilities and revisit previous areas.

With FE’s curious little critter eventually able to climb trees, glide and manipulate all kinds of objects, this open world adventure looks to offer a surprisingly deep and varied adventure. Impressively, there are no loading screens in FE either, meaning that there’s very little to pull players out of the game’s utterly intoxicating atmosphere. While the game isn’t out until early next year, we came away highly impressed with FE. If you’re looking for something a little different to play in 2018, FE is definitely a game to watch. FE is coming to PC, PS4, Xbox One and Nintendo Switch in early 2018.

At first glance, you’d be forgiven for thinking that Ruiner is little more than a Hotline Miami clone. Featuring a similar top down perspective and published Hotline creators and indie darlings Devolver, this is another game that delights in letting players spill virtual blood. Yet, despite these surface similarities, Ruiner is very much a game with its own identity.

Set in the seedy and neon-soaked metropolis of Rengkok, players find themselves thrown into the midst of a deadly conspiracy. With the opening level seeing our protagonist’s brain hacked by a violent criminal gang, Ruiner is a game that constantly makes you question what you’re seeing on screen. With the world distorting and rippling as you play, you never quite know if you’re being manipulated by those around you or genuinely battling for a noble cause. Thankfully, there’s normally too much going on for you to have the time to worry about it.

Ruiner’s combat is incredibly frantic and fast-paced, throwing a ton of enemies at you simultaneously and not pulling its punches when it comes to difficulty. Armed with a steel baton and whatever firearms you can scavenge, Ruiner plays like a cross between a twin stick shooter and a hack and slash action game. Players are armed with a lightning-fast dash ability and a handy shield, evening the odds a bit as your lone soldier finds himself squaring off against massive criminal syndicates. What makes Ruiner difficult though, is that your impressive abilities eat up stamina. With players only armed with a set amount of stamina in each fight, they have to choose carefully when to risk dashing, using their shield or whether just to pick up the baton and do things the old fashioned way.

With an awesome aesthetic that channels sci-fi classics like Akira and Blade Runner, Ruiner is a game that looks just as good as it plays. With hand drawn anime dialogue scenes and fully 3D cinematics, this is a game that just feels effortlessly cool. Ruiner launches on September 26 on PC, PlayStation 4 and Xbox One.

Have you ever thought life would be better if it played out like an eighties movie? If so you’re in luck, because that’s pretty much the hook of Crossing Souls. Sporting cool, Earthbound-inspired pixel art and beautifully drawn Saturday morning cartoon-style cinematics, this story-driven action RPG see you playing as a gang of wonderfully stereotypical 80s kids as they discover a mysterious artefact . With nods to everything from ET to The Goonies, our brief time with Crossing Souls left us grinning from ear to ear. Gameplay-wise, the setup is pretty simple, here. Players will spend most of their time talking to those around them and switching between characters in order to solve puzzles and beat certain enemies.

Yet, while the gameplay was fairly enjoyable, it was the brilliant writing in Crossing Souls that had us itching for more. With dialogue that feels wonderfully faithful to ’80s coming of age movies and an endearing cast of playable characters, we found ourselves taking the time to talk to every single pixelised person that we encountered during our demo. With a cool mechanic that sees players able to summon the past into our world, the story looks to go to some pretty crazy places, too. While it may not be the high octane adventure some gamers are looking for, this looks to be another gripping story-led experience that we can’t wait to experience.

For anyone who found themselves wishing that Stranger Things was an 8-bit video game, Crossing Souls looks like the answer to your prayers. Crossing Souls is coming to PS4 and PC later this year.

Out of all the games we were booked into play at Gamescom, this was the one we were the least sure about. Developed by Sniper Elite studio, Rebellion, Strange Brigade is an Indiana Jones-inspired take on the co-op zombie shooter. With early trailers suggesting a competent, if uninspired Left 4 Dead-style blaster, we entered the booth with pretty middling expectations. After spending 30 action-packed minutes slaying the undead however, it turns out our snobbiness was completely unfounded.

With players face off against everything from Egyptian gods to mummies, what we saw of Strange Brigade felt like perfectly orchestrated co-op fun. While the well-trodden horde mode in shooters can often get highly repetitive, Rebellion has wisel designed each level with a nice sense of progression, giving players a nice sense of purpose and variety. Starting off in a sun-soaked Egyptian courtyard, we eventually laid waste to all the horrors that Egypt had to throw at us. After emptying all of our bullets into the surrounding undead, we made our way up a nearby ladder, leading us to a dimly lit tomb. It was here that Strange Brigade changed a bit. In this ancient crypt, there were several carefully-hidden traps litteredthroughout the cursed building, adding an extra layer of tension and unpredictability to proceedings. It was nice to play a co-op shooter where players don’t just have to watch out for the waves of attacking undead, but also have to carefully navigate their deadly surroundings.

As you’d hope from a game with such a unique setting, Strange Brigade has fully embraced the B-movie schlock that you’d expect from undead treasure hunting adventures. Here, each mission opens with an old-fashioned 1930s inspired projector reel, where an over excited narrator reveals what horrors lie in store for players in the level ahead. With both local and online co-op, four completely different characters to play as, and surprisingly varied enemy types, Strange Brigade looks like a co-op game to keep an eye on in 2018.