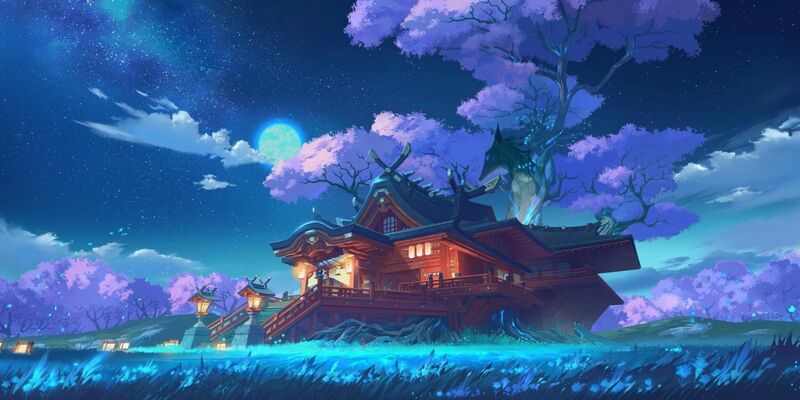 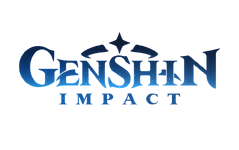 Are you looking to embark on a vacation to a world of divinity and a multitude of destructive solace? Well, you are now able to sign up for your getaway to Teyvat, made possible by our collaborators, Paimon and the Adventurer’s Guild, who will be joining you on your journey. Teyvat is not too different from your own world, you know – if you ignore the inclusions of dragons, slime, demons, elemental magic, and the mythical earth-altering Archons, that is. But, whatever you do, don’t ignore them – your life depends on it. Nonetheless, we’re glad to have you!

Teyvat is bursting at the seams with diverse forms of life. So, without further ado, let us begin this vacation with Paimon, our tour guide on this retreat, throughout Teyvat starting with the historic nation of Mondstadt.

Discover the city of freedom and Teyvat’s embodiment of elegance, the nation of Mondstadt. Affectionately dubbed the Crown of the North by famous poets, artists, and social media pundits alike, Mondstadt is known for its satiating bottles of wine and ciders made possible by the precious freshwater ripples of Cider Lake. When viewing the depths of the aquatic landmark, travelers of Teyvat will be greeted with the most transparent view of water on the planet.

To your right, you’ll notice the ever-present threats of hydro slimes and hillichurl fighters. Legend has it that long ago people would use Hydro Slimes as an emergency water source, but we have since discovered this is a super bad idea.

Please do not request a selfie with the hillichurl fighters, for their response to any level of communication is usually to hit the communicator with a big weapon. Not to worry, though, as we have the protection of the Knights of Favonius on our side. As the Knights take care of these villains/natural wildlife, let’s make our way towards Dawn Winery.

Dawn Winery is where all the fascinating wine magic happens. The legacy of Mondstadt as a nation can be attributed to the sheer popularity of its intoxicating sweet beverage, and this winery is the lifeline of it. The Dawn Winery also has a fantastic amount of greenery that would make even the most contented gardeners envious. Once you’re done with the behind-the-scenes examination of Dawn Winery, let’s hurry on over to the pacifying locale of Springvale, just south of Mondstadt. The lulling and homeliness of the small settlement is quite appealing to travelers and tourists who participate in our grand expedition as the aroma of freshly cooked veggies and meats guides people towards the quaint village. Here, you can grab a meal from the shops responsible for the delightful delicacies found throughout the glimmering nation. Then, enjoy the view from the windmill as you’re able to soak in the Mondstadt sun and examine the land as far as the eye can see. Also, it should be noted that one of Mondstadt’s Four Winds has recently been spotted. Don’t fret too much, it’s probably nothing. Or maybe everything. Moving on.

Next on our travels throughout the world of Teyvat is the beautifully constructed Land Amidst Monoliths, Liyue. A land full of passionate followers and worshippers of the God of Contracts, Morax, Liyue is based upon the success of the Liyue Harbor and the heavy emphasis on a trade-based economy. Fun fact: giving praise to Morax and believing firmly in his rule over the nation is thought to impact the nation’s trade business. So remember to praise Morax!

Looking now over at the famed Liyue Harbor, you’ll notice the ports and docks where trading has been conducted since the inception of the prosperous nation. The beauty of this port shines as it transforms into a breathtaking array of serenity during the yearly event known as the Lantern Rite: a spectacle that sees thousands of glowing lanterns drift away into the Liyue night sky. Truly, Morax is good.

Accompanied by the Liyue Qixing for protection from those pesky treasure hoarders, let’s make our way to the stunning locale of Qingce Village. Qingce village, shrouded deep within a bamboo forest, is home to a market, a tea shop, and if you’re looking for the latest on the local townspeople, there’s a village bulletin board for your gossip and deep lore needs.

In the upper portion of the village, you’ll notice an abundance of flowers featuring the Glaze Lily, a flower that’s native to Liyue, so be sure to snag a couple for you or a loved one as a souvenir. Next, making our way to the Wangshu Inn, a historic landmark along the Dihua Marsh (the road connecting Liyue and Mondstadt), you’ll notice its stunning design and features. Wangshu Inn is quite the popular stay for vacationers and travelers due to the plethora of goods to purchase via the peddlers making their rounds here. During your stay at the residence, be sure to check out the peak of the inn, which provides a breathtaking view of the nation of Liyue and all its majestic golden leafage. The peak of the inn also comes with a legendary secret that has yet to be unravelled.

From the inn’s peak, vacationers can also get a glimpse of one of the most intriguing aspects of the Liyue nation, Jueyun Karst. While we will not be able to take a tour along the rigorous trails of Karst as it is far too dangerous, it is said that Jueyun Karst exists as the location of the great Adepti: sensational creatures assigned by Morax to protect Liyue from demonic beings. Thanks again, Morax! You’re alright.

Now, Inazuma is the latest addition to the land of Teyvat and not many have been granted access to the region, yet. Here, we wanted to give you at least a couple of tidbits about it at the Adventurer’s Guild. To help give us some inside information on Inazuma, we’ve brought along Atsuko, who will be acting as our Inazuma insider, having lived there before fleeing to Liyue.

According to Atsuko, Inazuma is a tense city-state that, like the other two mentioned nations, worships an Archon named Baal, who also happens to act as Inazuma’s governing body. Inazuma’s policies on vacations and life, in general, are very restrictive in not letting outsiders in and insiders out. Atsuko managed to get out, but so many others haven’t been so lucky. As people make their way into the nation, you can get a glimpse of Narukami island, home to the Grand Narukami Shrine. Many of the other locales within Inazuma have either been ravished and significantly impacted by war or have never been accessed by outsiders altogether. It’s a shame that we’re unable to show you Inazuma today because some of the lands appear to be quite gorgeous, but there is this unshakable presence of darkness that seems to lurk amongst it. Even with the bit of information that Atsuko could share today, I felt this unnerving forlornness on the spines of her words.

Welp, anyway, I hope you enjoyed your time on our magnificent tour of Teyvat today! Paimon will assist in guiding you back to Mondstatdt for a bit more time around the Winery. Until next time!

Marc Griffin
Marc A. Griffin
Marc Griffin is a jack of all trades, master of some. He’s a reader, writer, musician, beatsmith, rapper, poet, and your friendly neighborhood Spider-Man based in WNY. A current Master’s student, he seems to have a passion for comic books, video games, street fashion, and music..so we’re told..