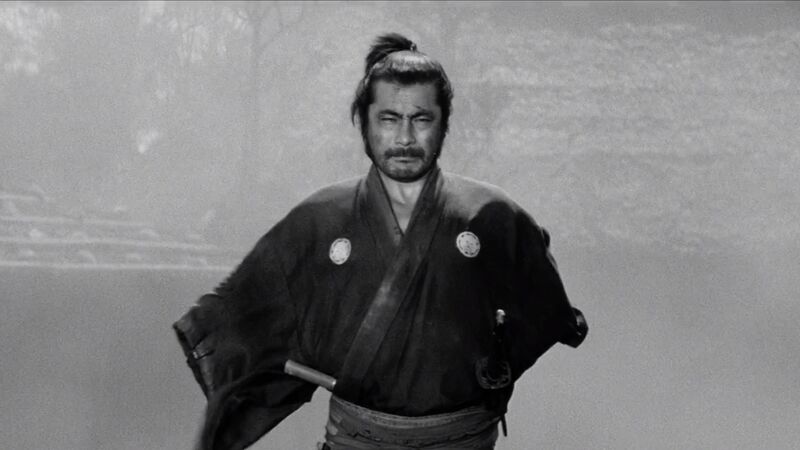 How Akira Kurosawa’s Films Colors Expectations For ‘Ghost Of Tsushima’

Ghost of Tsushima has been highly anticipated since Sucker Punch first announced it at 2017’s Paris Games Week. Gorgeous graphics aside, many hope for this game to offer the kind of vibe of feudal Japan that Nioh and Sekiro do, minus the supernatural elements. The game focuses on Jin Sakai, a samurai, set to defend his area’s villages from the Mongols. The story trailer released on March 5th followed by an 18-minute gameplay demo released on May 14th imply that Jin’s disillusionment with the idea of honor will connect with the progression options of raiding Mongol camps in broad daylight as an honorable samurai and as the assassin-like Ghost during the night, equated with a lack of honor.

With the release of Ghost of Tsushima on the horizon, this is an opportune time to watch The Seven Samurai and Yojimbo, some of the Akira Kurosawa films that Game Director Nate Fox has named as a major source of inspiration for the game on Gamespot and GamesRadar – both of which are now readily available on HBO Max. If his work isn’t familiar to you, it’s worth noting that Kurosawa is credited as a hero to many notable filmmakers, such as George Lucas, who used Kurosawa’s The Hidden Fortress as a major inspiration for Star Wars.

Just as how we read a book in preparation for its movie adaptation, can Kurosawa films set fans up for a deeper sort of excitement? Or does it create lofty expectations? Let’s look at some of the elements from Kurosawa Ghost of Tsushima seems to be nodding towards.

Anyone looking up Kurosawa for the first time will most likely find that he is an icon for so many filmmakers around the world today for his mastery over visual language, especially movement. This is exemplified by not just camera movement, but primarily by the use of wind. Almost every scene in Seven Samurai has visuals to help tell the story without adding more dialogue than is needed. In the way the wind kicks up dust, rustles the clothes of the actors, and makes foliage dance about.

The grass and wind shown in the demo of Ghost Of Tsushima seem to be the clearest indication that the developers have picked up on this cornerstone of Kurosawa’s work. Certainly, in a video game, movement may feel like a given, we have seen plenty of other games have realistic renderings of capes and grass, but there appears to be a greater level of attention that was placed into those features in Ghost. Both of these scene elements seem to do a great job at referencing Kurosawa while still not being intrusive. It could be in the way the fields bend in waves the same way as they do in Seven Samurai.

Something that was also touted in the demo footage was a black and white mode for the player to actually feel like they are in a Kurosawa film. An important part of filming in black and white was wearing clothes that accommodated that limitation. The costuming, along with good lighting, usually prioritized high contrast schemes to make sure that shapes, symbols and designs are as legible as possible in the final product. Some sort of coding that alters the costumes in Ghost to have more contrast while in this black and white mode would better deliver on this claim in offering the look of Seven Samurai or Yojimbo. As WaPo game writer Gene Park says on Twitter, it just does not appear to be a well-thought homage. It seems like it might have moments against backlit environments, but most of the time it falls short.

This isn’t something fans should die on a hill on, per say. It is, of course, understandable that any triple-A company would need to prioritize developing the visuals in color like any other to appeal to as many people as possible. But if the developers are going to explicitly express a desire to make a visual mode that evokes the films that offer the thematic foundations for their game, it’s not farfetched to expect a little more effort on their part. It is way too easy to see the difference when you put any frame from any Kurosawa film, or any film from that era, with a frame from Ghost of Tsushima in black and white mode. The developers could have decided their game is a nod to Kurosawa and leave it at that as opposed to having a whole feature that they say will, but falls short of, creating the feeling of a black and white film from the ‘50s or ‘60s.

Currently, it’s hard to tell whether or not Ghost’s use of color will enhance or detract from the mood the developers are trying to set. The 2018 demo at E3 implied the game would stick to mostly muted and neutral tones, while the more recent 18-minute demo showed a lot more colors in the various kinds of plant-life that will be found in the environments.

Hopefully, it’s not too pretentious to say that Kurosawa seems to have been born in an opportune era of filmmaking when black and white was still the norm. When you watch Seven Samurai or Yojimbo, it’s hard to ignore that these stories of noble yet gritty samurai seem to be elevated by the natural somberness of a monochromatic look. One would conclude that this was an artistic choice since films like The Wizard of Oz, released in 1939 — 15 years before Seven Samurai and 22 years before Yojimbo — were already known for their vibrant use of color.

This somberness comes not just from Kurosawa’s main characters, though. It also comes from seeing that the people in this world are actually, well, humans, the kind that will die with one slash through the torso. Not a video game character that has an HP bar, who at most flinches when shot with a gun. There is usually nothing to be in awe of when people fight in these movies. They are quick and brutal. They remind us that humans are fragile no matter how much we pretend not to be. Kurosawa doesn’t seem to be interested in heightened reality in the slightest, and as previously mentioned, this seems to really be setting Ghost apart from other games that heavily feature Japanese culture and narratives. Not just from the lack of oni, but also from how combat is not drawn out. It appears that one only needs 1-2 strikes from an optimal stance to kill a normal enemy.

Also, stealth was not a huge theme in these films. The in-person duels would most likely make a player feel like they are in a Kurosawa story as opposed to the night-time assassination option. That’s not to say that the element of stealth is out of place though, since it has been revealed this duality between being a samurai and the Ghost will connect with the overarching story.

It’s important to reiterate that Ghost of Tsushima is ultimately not trying to be exactly Kurosawa. That’s already evident with our protagonist having a name, whereas Seven Samurai and Yojimbo have characters that either don’t remember their name or refuse to reveal their real name. It would be a waste of time to think less of this game if there are moments that feel like a departure from the films it was inspired by.

That being said, please watch Kurosawa’s films. You can currently watch them on HBO Max in great quality. Getting acquainted with Kurosawa’s body of work is not necessary, but can only make a player’s experience with Ghost of Tsushima all the more special, the same way visiting Shibuya enriches one’s time with Persona 5 or watching Akira can add to playing VA-11 Hall-A.

For more, check out Fandom’s Ghost of Tsushima Wiki!