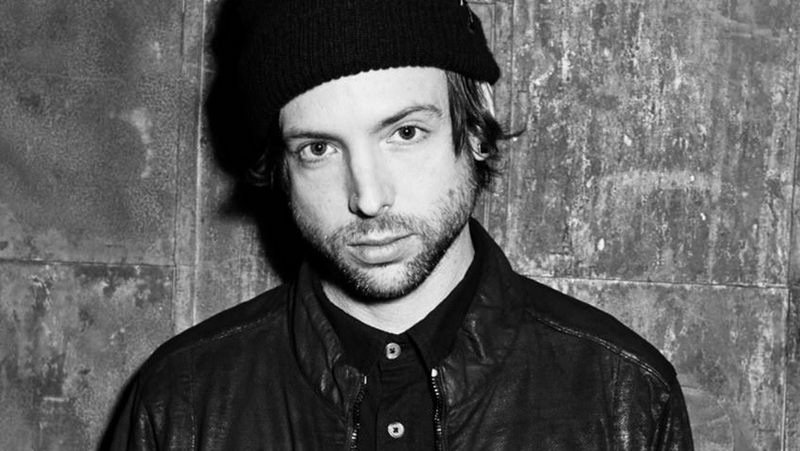 If you grew up in the ‘90s, chances are you know the band Good Charlotte. Bursting onto the scene with their anthem “Lifestyles of the Rich and the Famous,” the pop-punk quintet have spent almost two decades churning out enough hits to worry even bald assassin Agent 47.

What you might not know about Good Charlotte, however, is that their guitarist Billy Martin spends his spare time illustrating some of the world’s biggest comics.

Not content with just riffing in one of the biggest rock bands, Martin regularly draws for comic titans like Marvel and Disney, even working on the latest Teenage Mutant Ninja Turtle cartoon series.

Catching up with him ahead of his headline set at this year’s Slam Dunk Festival, Billy reveals how he began slowly taking over the comic book world.

From Guitarist to Artist

“I’ve kind of always been drawing since I was a kid; that’s really what I thought I’d do with my life — be a comic book artist or work in animation. Then I got a guitar and thought, ‘I don’t want to draw anymore, I just want to be in a band!'”

With his once garage-dwelling band quickly blowing up, Martin gleefully ran with Good Charlotte’s success, assuming his shot as a professional artist was long behind him. “The band worked [out] and I’m very thankful for that! But there was still just that burning desire to keep drawing. So I started dabbling with drawing on tour, just to keep me busy.”

Happy to keep his art confined to a tour bus hobby, it wasn’t until the band started work on their third album, The Chronicles of Life and Death, that Billy saw his opportunity to combine his two passions. “It was a dark, Tim Burton-esque album so … my art made sense for that record. [For Good Charlotte’s] ‘Predictable’ video, I was the co-director. I did all the set designs and I also did the artwork for the album.”

Taking a Break and Breaking Into Comics

As Billy continued to enjoy more success with Good Charlotte, he satisfied his illustration itch by designing tour posters for the band. But what he didn’t realize was, in the process, he accidentally created himself a convincing artist portfolio.

“People ask me why I don’t do every album cover but that’s not really the band’s aesthetic — it’s my personal aesthetic. It was cool though because then that opened up the door for people like Nickelodeon and Marvel to be like, ‘oh can you draw for us too.’ And so if I didn’t have the opportunity to do that with that album, I might not have been able to show people that I’m an artist.”

After Good Charlotte finished touring its fifth album in 2011, the band decided to take a break. Billy recognized the opportunity sitting right in front of him.

“When Good Charlotte took a long hiatus — it was almost five years — I thought, ‘now I have all the time in the world to try and give this illustration thing a full-time try.'”

Yet, despite having the Good Charlotte name behind him, Billy soon discovered that if he wanted to draw in the big league, his art would have to stand on its own merits.

“Like every artist, I just started sending my work to people and using what connections I knew. I quickly found though that just because I’m in a band that people know, it doesn’t mean they want me to draw their comic books. It doesn’t matter I was in Good Charlotte — ultimately, [publishers are] always going to get the best artists to do it.”

For Billy, it was a love of one particular comic creator that really inspired him to pursue comic art during the hiatus.

“Todd McFarlane. When I bought Spawn No. 1 there was just nothing like that. I was way too young to read them though! Up until that point, comics were safe. My parents didn’t know and would take me to the comic shop. I remember picking up an Image Comics book and seeing intestines getting spilled out and being like ‘well, I can’t tell my parent about this!’ The detail in Todd McFarlane’s stuff was awesome. All of that stuff just blew me away.”

It eventually became time for Billy to make his own mark on the world of comics. Luckily, he had more than his work on Chronicles Of Life And Death to show publishers — he also had his very own mini comic series.

“[Comic Publisher] IDW were the first people to let me create my own series. It came out 12 years ago, and was called Vitriol the hunter. It was a futuristic vampire story and honesty… it wasn’t that good [laughs]. But everyone’s first comic shouldn’t be good! It was that series that  really helped me to get my foot in the door.”

With music on hold, Billy wanted to step away from his own art and knuckle down and draw his favorite heroes.

“I’ve always been decent at drawing, but with those five years my goal was to get really good. I really practiced and got better,” Martin admitted. Thanks to a friend working at Comic-Con, Billy was offered a shot to test his new skills. Putting his neck on the line for his friend, the Comic-Con organizer got Billy a once in a lifetime gig – the chance to draw a subscriber box for a little comic book company called Marvel.

“The first thing I did for Marvel was a variant for a subscription Comic-Con box. You only really see that cover if you’re a subscriber for that box, so that was like a smaller job for them, one where Marvel could take a chance on me. “

Billy knew that this was his one shot to impress, and the pressure was on. To make matters worse, this wasn’t just any old cover assignment – it was two covers in one.

“The box was for this series called Champions which was sort of like Marvel’s young Avengers group. Robert Ramos draws that book and he’s hands down on my favorite comic book artist so it was cool but daunting to get offered the chance to do a variant for one his books! It was a connecting cover between Champions and Dr. Strange.

Not only was I nervous to [work with them anyway] but I’d never done two covers that you held together to create a connecting image across the two. I did it and crossed my fingers and eventually, the editor wrote back and said, ‘Hey man, this is actually really good, do you want to do six more covers?’”

Suddenly, Billy was drawing the covers for household names. “They then offered me X-Men Gold and Blue No. 1 covers, Cable No. 1, the Man-Thing revamp and all these big number one [issue covers]. That was really the moment where I was like, ‘Okay, I’m doing big cool variant covers for the new issues of Marvel books, this is awesome!'”

Despite his success in the world of comics, for now, Billy’s focus is back on his day job — and the band’s long-awaited album seventh album.

“There is nothing I will be more proud of than Good Charlotte. Whether it’s starting another band or no matter what else I do, nothing will ever be as big as Good Charlotte. We’ve been doing it for almost 20 years, there’s been a lot of work put into it. As far as art goes though, I’m a dad, and it inspired me to create my own children’s book. I wrote it, illustrated it and even self-printed it. Everything from start to finish was me. That was also a really proud moment for me and I’d love to do more books like that.”

So what can fans expect from the new Good Charlotte record?

“It’s dark. it’s a lot darker and heavier, it’s much more of a straight-up rock record. A lot of bands maybe get softer when they got older but we thought it’d be fun to go hard. It’s definitely a lot more in line with say, that ‘Predicitable’ era than maybe some of the stuff we did afterwards. Linkin Park was actually a huge inspiration.

My nine-year-old just discovered Linkin Park before [singer Chester Beddington passed] and that was his favorite band so we were just listening to Linkin Park all the time in the car. I also love Bring Me The Horizon, everything they’re doing is just so good!

Fans can catch Billy doing signings at Seattle’s Ace Comicon later this month. Good Charlotte’s Generation RX is due for release on September 14 via the band’s MDDN record label.