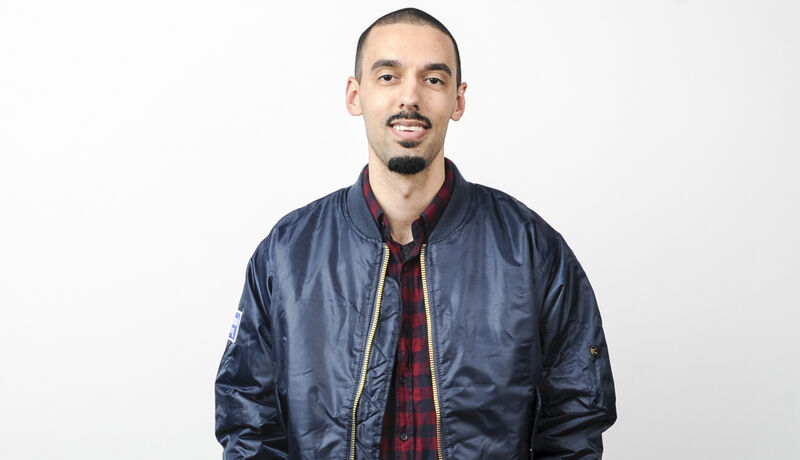 With so many incredible releases in 2019, it’s hard to know what to ask Santa to bring you this Christmas. But since the holidays are all about celebrating the festive cheer with your loved ones, it makes sense to ask for some great multiplayer games. So while your family are tucking into their Christmas dinner, you can sit and celebrate with your friends online! Or, you could always play split-screen and thrash your Grandma on Call of Duty. Either way.

We spoke to Doug A.K.A GoodGameBro about the multiplayer games he’s enjoyed in 2019, what he’d recommend players ask for Christmas and what he’d get if he was on Santa’s naughty list. First up is the wildly-popular free-to-play battle royale, Fortnite. Don’t worry, he’s got some stocking-filler ideas for you…

What’s the first multiplayer game that you’d recommend to players for Christmas?

I think it’s weird because it’s a free-play game, but Fortnite still has a hold in the market. It’s one of those games that everyone gravitates to. Skill-based match-making helps new players easily play and not have to worry about dying immediately thanks to a higher skilled player. But for Christmas, there’s the Darkfire Bundle and a couple of other packs out there you can buy for twenty or thirty bucks. Plus, people always love V-Bucks so they can buy all the new skins that come out around the holidays.

Do you think Fortnite still manages to fend off the competition from newer games like Call of Duty: Modern Warfare?

I think the weird thing for Modern Warfare is that initially when it dropped people were in one of two camps: they were either like ‘this is amazing!’ or ‘what is going on?’. I was in the camp of ‘this doesn’t feel like Call of Duty, what the heck is going on?’’ After about a week or two I adjusted and it’s a really good multiplayer experience; it’s just different. You have to play it more tactical than you did before, but it’s really good. The campaign blew me away too.

For players wanting to team-up with their friends this holiday, what should they play?

I’d probably say Borderlands 3 even though it’s more co-op and not as competitive. If you play Borderlands with friends, you’ve got 60 hours easy that you can grind through. It’s so much fun.

If you’re on Santa’s naughty list this Christmas, which game would you get under the tree?

Fallout 76. You can’t offer a private server option when the experience is already bad. I get the premise behind it but if the game had done remarkably well and they’d done that, I think people would have been more open to it. You can’t do the whole ‘pay to get all these extra benefits’. It felt like a cash grab for a lot of people. I know some people are working hard on the game and there are some elements that are cool but… wrong time, wrong opportunity in my opinion. That’s insane.

What multiplayer game are you looking forward to next? Call of Duty’s Battle Royale mode is coming soon, after all…

That’s honestly it! When I heard the rumour of doing 200 player battle royale I was like ‘I’m sorry? I’m interested. You have my attention.’ I can’t wait. Groundwar’s the main mode I play in Call of Duty; the premise of the stuff coming from the leaks looks really good to me.

How does having a narrative to follow instead of PvP or Team Deathmatch affect streaming?

I’m starting to branch out more; I just played through Star Wars Jedi: Fallen Order. I won’t spoil anything but it’s so good. But even games like Marvel’s Ultimate Alliance, you can play co-op because it works best for story-based games if you have that dynamic between you and a friend or a viewer. It’s so much fun because you have that banter back and forth, people get a better sense of your humour or how serious you take something. If you’re a new streamer too, it’s a lot easier because you’ve got someone to talk to.

Say someone wants to get into streaming around Christmas: what’s the best starting point?

First of all, I’d tell people to try Facebook Gaming. The community is fantastic and the toxicity there is a lot lower just because you’re dealing with real profiles and someone’s not hiding behind ‘darklord69’ just to scream at you the entire time. I always tell new streamers to just find a game you enjoy playing first, so you can play for a long period of time. The last thing you want to do is be tilted for 2,3,4 hours. Because then people look at you like, ‘this guy or girl is crazy, I’m not gonna watch them’. Try games you significantly enjoy, invest in equipment later on. I don’t think you need crazy stuff at the start. The best equipment doesn’t make you a great content creator. What makes a great content creator is a personality, how people relate to you and how you can communicate.

There you have it, team. Start your streaming community on Facebook Gaming, just be yourself, and play games you enjoy! Who’d have thought it was that simple? Let’s just hope you’re not on Santa’s naughty list this year…