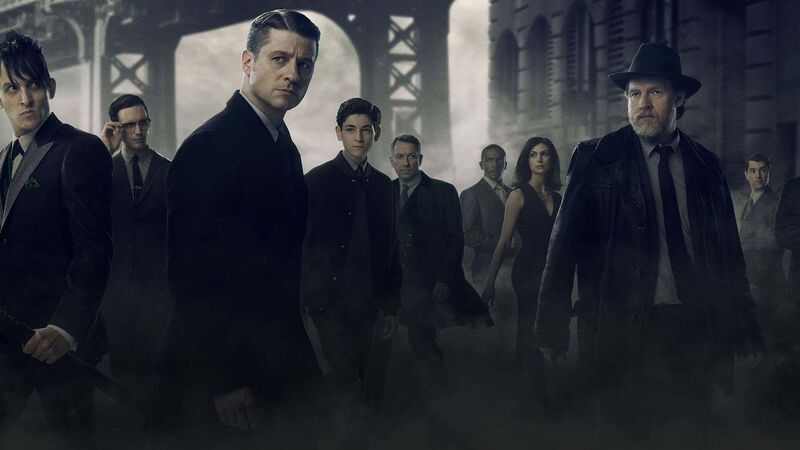 Pulling off a Batman TV series without Batman as a main character has been a tricky feat for FOX’s Gotham, especially when it’s also taken and tweaked very specific Batman-centric stories from the comics for its own usage.

But having the Caped Crusader’s rogues’ gallery of villains — like Penguin, Riddler, Hugo Strange, Scarecrow, etc — arrive on the scene over decade before their shadowy adversary has created a crisp and clever new tapestry that helps Gotham solidly stand out from other Batman adaptations.

With Gotham now in its fifth and final — you can keep up with new episodes on Hulu — and check out these intriguing ways the show has changed Batman’s origin:

Traditionally, Batman made his big splash in Gotham in order rid the streets of regular, run of the mill mobsters and criminals. Every dastardly and diabolical villain that we associate with Batman, the crazy costumed ones that followed suit, came afterwards and are believed to be the result of, and reaction to, Batman’s brutal justice.

On Gotham, when Batman finally comes about (rumors have the last episode of the final season taking place 10 years in the future), it will be because the entire city’s already been overrun with sinister super-powered villains. Batman will actually be an intense reaction to the bad guys, instead of vice versa. He will be the result of the escalation, with Bruce realizing that he’ll have to use theatrics and fear to overcome the outrageous villains that have run roughshod over Gotham for years.

Honestly, Jim Gordon will have to be a fool not to realize that Batman is Bruce Wayne by the time the transformation comes. It’s also entirely possible that Gotham won’t even try to keep it a secret. The reason? Jim and Bruce have been teaming up to thwart crime and corruption since the day Bruce’s parents were murdered on the orders of his own company and Jim was the detective in charge of solving the case.

Granted, Jim was totally against Bruce getting involved in anything dangerous at such a young age, but as the years went on, and Bruce proved himself to be a trusted friend and trained fighter, Jim began to realize the young man – now a teenager – was a capable ally with the resources to help bring down some of the cities biggest threats. So together these two have been acting like the city’s Batman, suffering similar triumphs and defeats that you might expect from a Batman adventure.

Since Gotham created an entire conspiracy out of Thomas and Martha Wayne’s murders — tracing the horrific crime back to Hugo Strange and the experiments he was doing under the watchful eye of Wayne Enterprises — it stands to reason that Bruce wouldn’t be the first person in his family to harbor secrets.

So, on the show, Bruce doesn’t stumble upon a web of uncharted tunnels under Wayne Manor. He discovers a secret passageway to his father’s hidden lair. It was an underground office Thomas used whenever he would attempt to investigate his own company for wrongdoings. And Bruce would use it for the same reasons. To uncover the evil heart at the center of his family’s legacy.

Instead of waiting years and years to don a mask and fight muggers by moonlight, a teenage Bruce Wayne suited up, with full armor, stealth tech, and a mask in order to exact justice on the streets of his beloved city. Again, a full decade before he decides to become The Bat.

With everything happening on Gotham — from Ra’s al Ghul’s conquest, to multiple Joker surrogates, to the upcoming No Man’s Land arc — Bruce’s final step into Batman-dom will feel quite small. It might be just as simple as putting bat ears on his already constructed crime fighting armor and finally deciding on a singular theme. By the time Batman rolls out, for the first time, Bruce will have had ample experience dealing with his hometown’s homegrown madness and fighting all forms of obstacles and opposition. Let’s just say the learning curve’s been handily obliterated.