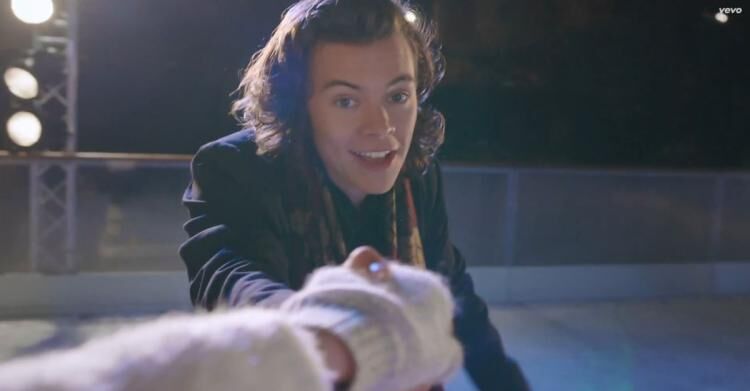 Harry Styles is everywhere right now, including causing a worldwide meltdown over wearing a pink suit on the Today Show and reciting famous Titanic quotes on Carpool Karaoke with James Corden.

Now Styles is about to star in his first major motion picture, and it just so happens to be Christopher Nolan’s highly anticipated film, Dunkirk. At first glance, this might be a bit of an odd choice for Nolan, considering Styles’ One Direction background. After all, the singer comes with a package deal (mind. out. of. gutter.) considering his legions of dedicated Directioner fans. Nolan is obviously setting up a very serious war drama, so could adding Harry Styles to the mix mess that up? Will any potential theater giggling take away from the story? These are valid questions, which we imagine Nolan took into account, and then swiftly (HA!) tossed straight out the window. You know why? Because Harry Styles is a damn good actor.

Nolan even said, “[H]e had it,” when the Los Angeles Times asked him why he cast the One Direction singer in Dunkirk.

Besides, Styles has a plethora of music videos under his belt, and we’d go as far as to claim he was always the best actor in One Direction (please don’t set me on fire, Directioners). There’s a particular sincerity to Styles, and his charm is undeniable. But if you’re still in doubt, we’ve got the GIFs to prove any critics wrong.

Let’s look at all the emotions Harry Styles has been able to convey just through One Direction music videos.

Anne Hathaway got an Oscar for a camera being shoved in her face, so why not Harry?

How can you stay mad at that face?

Even as a young lad (can I pull of “lad” if I’m an American?), Harry Styles knew how to woo a lady. The beach and sunset helps, too.

Jesus walked on water, but Harry Styles RUNS ON IT.

Can we all agree that Harry should be cast as Mr. Darcy in a Pride & Prejudice reboot?

Harry knows the robots are trying to take over humanity.

And he won’t let that happen. IN HARRY WE TRUST.

He even knows how to challenge his other actors on set.

Are you excited to watch Harry Styles in Dunkirk? Fangirl with us on @getfandom!