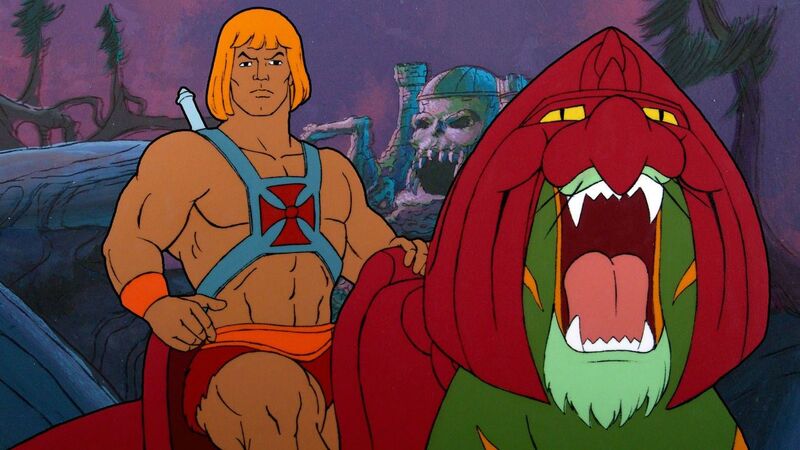 He-Man Taught Me Nothing About Being a Man

Plenty of good ideas have come about because a mistake has been made. It’s commonly reported that Alexander Fleming stumbled upon the existence of Penicillin after he’d left a Petri dish open near a window in London’s St. Mary’s Hospital. Wilson Greatbatch inadvertently invented the pacemaker after setting out to build a heart rhythm recording device and using a resistor of the wrong size. While He-Man came to be after the CEO of toy giant Mattel, Ray Wagner, turned down an offer (and subsequently the resulting fortunes) to manufacture Star Wars toys — it’s said due to the $750,000 license required to do so before manufacturing could begin.

Two of those inventions have competing claims to having changed the world. Yet only one can legitimately say they changed the life of a small boy from Yorkshire, by the time of He-Man’s cartoon debut in 1983 (the animated He-Man and the Masters Of The Universe being born from the toy line, rather than the more traditional reverse) looking for a toy set to replace the farmyard animals he was ready to outgrow. And, my word, I loved He-Man. That is, I loved the toys. The cartoon. The comics. And most of all I loved my He-Man bedspread, covered in pictures of Orko, Man-At-Arms and (my favourite) Buzz-Off. He-Man himself, Prince Adam of Eternia, I was less bothered with. My guy was Skeletor.

One Evil-Lyn Shy of a Sausage Party

Okay, so I didn’t completely approve of his quest to invade Castle Grayskull, obtain its ancient secrets and conquer Eternia. But I was down with pretty much everything else. Like He-Man, Skeletor lived in a castle — well, a sort of castle inside a mountain anyway — but his had a massive snake wrapped around it (in the toy, the snake was a microphone; best Christmas Day present ever). Like He-Man, Skeletor had loads of mates – Mer-Man, Beast-Man, only Evil-Lyn stopping this party from being one of the sausage variety. But where Skeletor’s pals were kooky and weird, He-Man’s best mate was Man-At-Arms. He looked like my dad.

Incidentally, there’s three He-Man curios that have always puzzled me. One is how stupid He-Man’s mates must have been to have never made the correlation between Prince Adam and He-Man, despite them both having exactly the same haircut and voice; even Batman mixes it up with a growl. The second would be why cartoon Man-At-Arms had a moustache, when the toy Man-At-Arms didn’t, making him look a little bit like the first time you saw a freshly shorn Graeme Souness. And I’ll be honest, the third is now whether Mer-Man had a willy.

And there were other, more personal reasons why I liked Skeletor more than He-Man. Sure, he had mates, but he seemed to spend an awful lot of time sat around on his own too. I could relate to that. But even more than this, where He-Man approached his conflicts with physical prowess, Skeletor did so with intelligence. Well, he tried to anyway. It never really worked out how he intended it to. I still identified with it. I’ve often identified with that failure. And I knew off the bat that I was never going to have ‘the power’ like Prince Adam did. Or if I was, I was going to have to do it with smarts.

He-Man has an interesting origin story. Even before getting into the son of King Randor and earthling Queen Marlena stuff, there is the story of how the character came to be. Toy designer Mark Taylor has gone on record saying that the characters original design was based on drawings of cro-magnon men, as well as Vikings (he’s also said that his original design of Beast-Man was rejected by Mattel for looking just a little too much like Chewbacca).

Rumour has it that barbarians were another key influence, with claims that Mattel had a licensing agreement to make action figures for the 1982 Conan The Barbarian movie, subsequently modifying designs for those toys due to concerns the company might be seen to be creating toys for a movie deemed to contain ‘graphic violence’.

In his 2005 book Mastering The Universe: He-Man and the Rise and Fall of a Billion-Dollar Idea, Mattel veteran Roger Sweet, the man it’s commonly believed created the He-Man character, has denounced said rumour. Though Conan Properties International obviously saw enough of a similarity between their character and He-Man to file a lawsuit claiming property infringement. In the end, Mattel won, despite Sweet having claimed that the drawings of Conan artist Frank Frazetta had “really impressed” him when creating He-Man.

Whatever the route to He-Man’s being, there’s no doubt that brute strength was the foundation of what He-Man was to be. The character was even presented to Mattel in the form of not sketches, but existing action figures, covered in clay to ‘bulk up’ (he was also presented as, in addition to a barbarian, a soldier or a spaceman).

He-Man is 35 years old this year, and within an age where we’re finally talking about what warps masculinity and what it can be (I don’t like applying the term ‘Toxic’ to anything other than the word ‘Crusader’), it’s interesting to take a contemporary look at the character. I’ve told you my He-Man story, and how I always preferred the wit of Skeletor to the awesome strength of He-Man. But what I haven’t told you is that for a long time, He-Man represented an idea of what the male ideal might look like. In the swimming baths changing rooms, I’d look up and down the other men, trying to assess whose body matched that of He-Man’s. I’m pleased, when I think about a character like Ben-10, that kids today don’t need to think like that anymore.

This year, there’s been news circulating of a new live-action He-Man movie, to be released at an unspecified date down the line, perhaps in a bid to erase the memory of the stinky 1987 Dolph Lundgren joint. I’ll be getting a ticket. I don’t mind if Skeletor loses, as long as his completely unique, razor-sharp brain gets a few witty blows in.