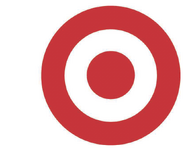 You’ve spent weeks arguing about The Mandalorian. You’ll spend months arguing about The Rise of Skywalker. Now, watch the one Star Wars movie capable of uniting the entire fanbase: by agreeing it’s the worst theatrically released movie in the franchise. Easily. Star Wars: The Clone Wars: The Movie. (The show is a different story.)