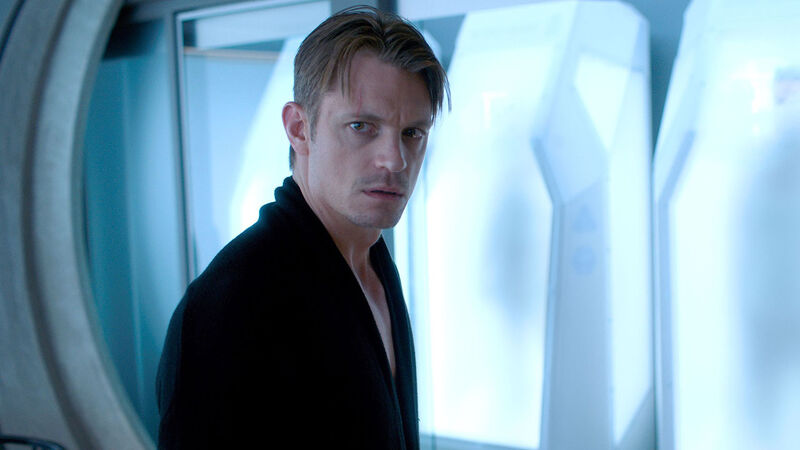 Beware of spoilers for Episode 4 of Altered Carbon ahead.

New sci-fi show Altered Carbon debuted on Netflix today, based on the 2002 novel of the same name by Richard K. Morgan. The 10-parts series is set in the distant future where consciousness can be digitised and uploaded to an alternative body. Meaning death is no longer permanent. But one controversial scene from the book was changed pretty drastically for the show. With good reason.

What Happens in the Book?

Altered Carbon‘s protagonist is Takeshi Kovacs, a freedom fighter who wakes up from centuries of slumber in a new body. The reason he has been roused is to solve a mystery involving the murder of a shady billionaire.

That investigation brings him into contact with some pretty unsavoury folk, one of whom takes Kovacs prisoner and tortures him for information. But rather than messing with his actual body — which can be replaced — he enters Takeshi’s mind, doing terrible things to what his brain perceives.

In one particularly graphic scene, Kovacs finds himself in the body of a premenstrual woman — apparently making him more vulnerable, responsive and receptive — while brutal pain is inflicted on his breasts and vagina.

How the Scene Plays Out in the Show?

The show COMPLETELY drops this angle. Instead, the Joel Kinnaman version of Takeshi Kovacs — whom we spend most of the series with — is the one who endures the torture in its entirety.

Kovacs is captured and put under by a couple of lab technicians who also happen to be sexist pigs. And who Takeshi sees have mutilated a woman he knows.

His “virtual torture” then involves being beaten with a chain. Having fingernails removed. Getting shot in the head. Being set on fire. Losing his legs. And watching as snake-like creatures are forced into his open wounds.

But Takeshi remains resolutely male throughout.

Why the Scene Was Changed

Altered Carbon showrunner Laeta Kalogridis has been talking about the scene in question, and her reasons for removing it from the TV version. Speaking to the website io9 from the set of the show, Kalogridis said:

“The whole point of that [scene] in the book is, I believe the quote is: “Women are the race.” Men are just f–king fighting machines. We have more nerves per square inch, we have heightened pain tolerance, we last longer. And the point of torturing a woman is that she feels more and she endures longer.

Kalogridis added that having the same version of the character endure the pain, then fight back, would also resonate more for the audience. As she puts it, “Whoever got tortured has to be the person who gets up and does the killing. Otherwise the emotional math doesn’t add up.”