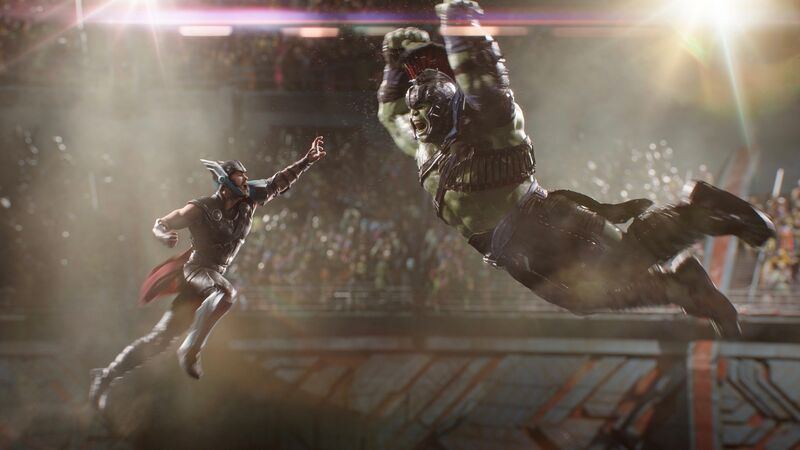 How Come Hulk Can Speak in ‘Thor: Ragnarok’?

If you’ve seen the below Thor: Ragnarok trailer in a cinema, you’ll know that Hulk speaking at the end pretty much much brings the house down. But how and why has he developed the power of speech? When was the precedent set? Will he be talking in the third person? And does this mean Bruce Banner is finally embracing his monstrous alter-ego? FANDOM has the skinny…

Hulk Speaking in the Comics

The precedent for Hulk talking in the comics was set early. The original Grey Hulk — who debuted in May 1962 courtesy of Stan Lee and Jack Kirby — didn’t speak, but by the time he’d gone green for Incredible Hulk #4, he was talking. Albeit in primitive fashion. And oftentimes referring to his alter-ego “Puny Banner.”

In the comics, when Hulk does speak, it tends to be in the third person, via statements like “Hulk crush” and “Hulk smash.” Over the years his intelligence has fluctuated as the amount of Bruce Banner in Hulk increases and decreases; more Banner meaning more talk, and less Banner, less chat.

In beloved TV show The Incredible Hulk, the big guy growled and roared, but never spoke, with Stan Lee and producer Kenneth Johnson agreeing that those third-person statements would sound ridiculous when spoken in the real world.

Marvel managed to make it work in their 2008 movie The Incredible Hulk, however, with the Green Goliath shouting “Hulk Smash” while doing battle with Abomination (see above).

And in The Avengers‘ very best scene, Hulk grabs Loki, slams him into the floor five times, and walk away saying, “Puny God.” So audiences have seen Hulk speak on film before, just not as much as they’re about to see…

At the end of Avengers: Age of Ultron, Hulk flew off in a Quinjet. He didn’t return for Captain America: Civil War, and Thor: Ragnarok explains where he’s been. Seems Hulk’s craft was sucked into a wormhole, and deposited on the alien planet of Sakaar, where his success in a series of gladiatorial battles have turned him into something of a celebrity.

“Hulk refuses to turn back into Banner,” actor Mark Ruffalo explained to the Hall H audience at San Diego Comic-Con this past summer. “He’s actually enjoying his time on Sakaar, because he’s a gladiator champion. Which means he kicks lots of ass and he’s enjoying his life for once. And he’ll be damned if he goes back to Banner.”

Which has had something of a knock-on effect in terms of the creature’s speech, as Ruffalo revealed to the Comic-Con crowd: “He’s a little perma-hulked, and because he’s been Hulk for two years he has the vocab of a two-year-old.”

Director Taika Waititi then explained to IGN that we’ll slowly but surely start to hear Banner’s voice coming through. “I was always fascinated with the duality of Hulk and Banner, and seeing how their brains could be interconnected. Could we sometimes see Hulk and have a bit of Banner’s voice in there? Could we see Banner and have Hulk’s personality through there?”

Waititi added: “I think in this film we’re going to see that for the first time, where the two are fighting — really fighting this time — for control over the body. And Hulk talking — this idea of a more cognitive Hulk who can say sentences — that obviously has existed in the comics, but it’s something the fans want to finally see. It’s exactly what fans want to see, and what I have wanted to see.”

And we’ll all get to see that more cognitive Hulk very soon, with Thor: Rangarok hitting UK cinemas on October 24 and US screens on November 3.