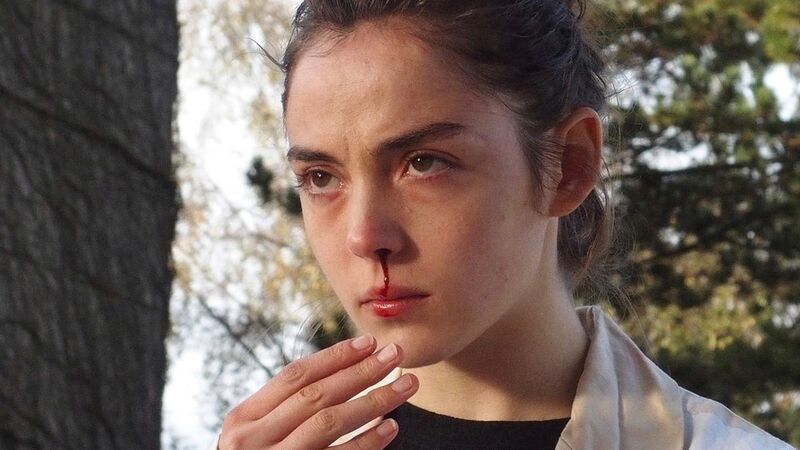 Raw is rarely written about without mentioning reports that audience members at an early screening fainted during its more graphic scenes.

It’s true to say that there are some vivid and jolting sequences in the French-language horror about a girl who starts wrestling with cannibalistic urges. But while Julia Ducournau’s film is both startling and original, you can also see the influence of some choice classic horror.

We spoke to Julia Ducournau about the films that influenced Raw.

One of those films is Brian De Palma’s Carrie.

“The thing is, considering the premise of my own movie I knew that in the audience most of the people would think about Carrie on their own,” she says. “And so I thought: “Okay, I’m going to do a wink to that famous blood-shower scene so that we know it’s here. I know I go on the same territory, but my movie is very different. So after that you can move on, you know?”

Less direct nods go to the films of David Cronenberg, both in the themes she broaches as well as the body horror represented on screen.

“The way he filmed bodies and the themes he tackles – with mortality and the human condition, and identity as well – are themes that I have always been interested in and that I treat in my own work,” she says.

As for her favourite Cronenberg films? “I think as a filmmaker Dead Ringers would be my favourite one because for me it’s like his opera,” she says. “It is an opera in five acts. It’s a Greek tragedy.”

Although for sheer punch, she picks another: “As an audience in terms of emotions I would say The Fly because this movie makes me cry over and over and over again each time I watch it.”

‘Raw’ is currently on release in the US and hits screens in the UK on April 7.