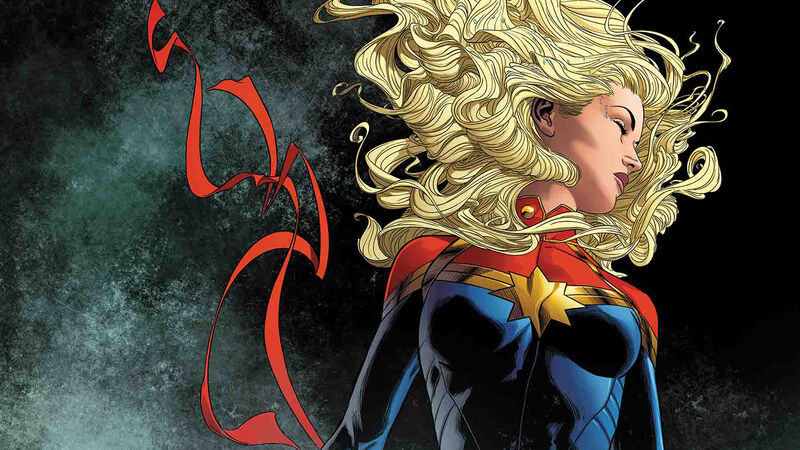 Carol Danvers has seen some change over the years. The character — who first graced comic books as a U.S. Air Force Officer in 1968 — was immortalised as the first iteration of Ms. Marvel in 1977, and despite being alluded to in 2005’s House of M, did not ‘become’ Captain Marvel until Kelly Sue DeConnick’s phenomenally successful run of the comics in 2012.

Carol’s backstory has seldom seen major change over the years, yet now, in Margaret Stohl’s The Life of Captain Marvel, we have her origin story retconned in the most perfectly subtle way. What if the Kree blast that was responsible for Carol Danvers’ powers was not the only factor in her transformation: what if it merely awoke something that had been present the entire time?

LET’S START AT THE BEGINNING

It begins in Issue #1 with Carol fighting in battle alongside her fellow Avengers. Something is bothering her, a repressed memory from her past, and soon Danvers is on the ground clutching her chest and gasping for breath. It becomes unbearable, her anxiety acute, as painful memories of her alcoholic father and the anniversary of his death resurface. It transpires it’s Father’s Day — “not my favorite day of the year,” she tells Tony Stark — and Danvers decides to return to her family home in Maine to uncover the past and put to rest the root of her problem.

Coming home to her Mom and younger brother, Joe Jr., only worsens Carol’s situation: she experiences claustrophobia and panic in her childhood bedroom, and an argument with her brother leads to him drunkenly crashing his car. Carol feels double-ended guilt: she can’t fulfil her duty as an Avenger, and she feels responsible for her brother’s accident, so Danvers stops returning Tony’s phone calls despite her mother’s encouragement to return to work. When she uncovers a secret about her father, that guilt triples. But nothing is what it seems, and soon Carol learns that she is not the strongest woman in the family.

After a surprising, exhilarating revelation on the final page at the end of Issue #3, Issue #4 centres on Marie Danvers. It transpires that the woman Carol refers to as Mom is Mari-ell, “Captain first of the supreme protectorate, champion of the Kree empire, daughter of Hala by blood-right and by starlight.” As the youngest Captain of her elite guard under the Empress Pam’a, Mari-ell was sent on a mission to earth with a cloaking device to conceal her true identity. Carol’s Kree name is Car-ell, which translates to ‘Champion’ on Hala, and didn’t gain her powers when the psyche-magnetron exploded; she activated an ancient Kree defense mechanism. Her powers were always present, the blast only unleashed them to their full effect.

Marie Danvers always knew concealing her true identity was hardly ideal for her dynamic daughter — whose own abilities had the potential to reveal themselves even as a child — yet had done so at her husband’s request. In incredibly tender scenes, mother and daughter suit-up and pour their hearts out, two women exposing the vulnerability at their core in spite of the battle armour they wear. Despite telling herself her hidden identity was to protect Carol should the cloaking device be compromised (something that now poses a threat to the family) there was more to Marie’s agenda: it was also to placate her threatened husband.

As she explains her past — her decision to stay on earth, marry, and start a family — we see the choices and sacrifices Marie Danvers made for the sake of her children. She tells her daughter, “It was the beginning of a lifelong lie. Because Joe married the wrong woman. Mari-ell had come to earth looking for a war. Marie had stayed on earth looking for a life, love, a family. All the things no Kree ever gets to know…or even know they want.” As readers we note the similarity and superhuman bond strengthening between them, something that no man will ever fully understand as they wrestle with their duel identities: who the world expects them to be and who they truly are.

Stohl is incredibly effective at revealing familiar female suppression, albeit in the form of a Kree-Human family. In a panel where Carol’s parents converse about their young daughter’s desire to be an astronaut, Marie’s encouragement — “Carol’s going to be whatever she wants to be, Joe. Telling her not to do something isn’t going to change her mind. She’s Kree” — is immediately, and misogynistically, thwarted by her husband. Now on the downward spiral of alcoholism that was largely responsible for ruining Carol’s childhood, he replies, “Only half, thank gawd. Don’t think I could handle all this one small step for womankind crap an’ the flying stuff too…”

In the context of current political movements — and women being constantly undermined for their abilities both at home and in the workplace — it packs an incredibly large punch in revealing a young woman grappling with the emotions of family, sociological gender expectations, and powerlessness in circumstances beyond her control. As Captain Marvel, she can defeat her enemies, as Carol Danvers in her childhood home, she is exposed and vulnerable, haunted by the memories of her father’s alcoholism and his inability to cope with his daughter’s destiny as well as the powerful women surrounding him.

THE FUTURE IS MARVEL-LOUS

As the successor to DeConnick and preceding Kelly Thompson’s run (that will coincide with next year’s film), Stohl has done something quite unique: retconned a major character’s backstory in an incredibly elegant manner. In exposing Carol’s vulnerability and her struggles with family in a way that is relatable to every reader, she has peeled back layers of a character to enhance the feminist core at the heart of Carol’s story and expose the powerful woman who makes Carol Danvers who she is. In her writer’s letter Margaret Stohl emphasizes how important it is for the character to be ‘imperfect’ in the eyes of some readers, stating “not everyone’s journey is going to look like Peter Parker’s, especially when a hero is a girl.” And, aren’t we thankful for that.