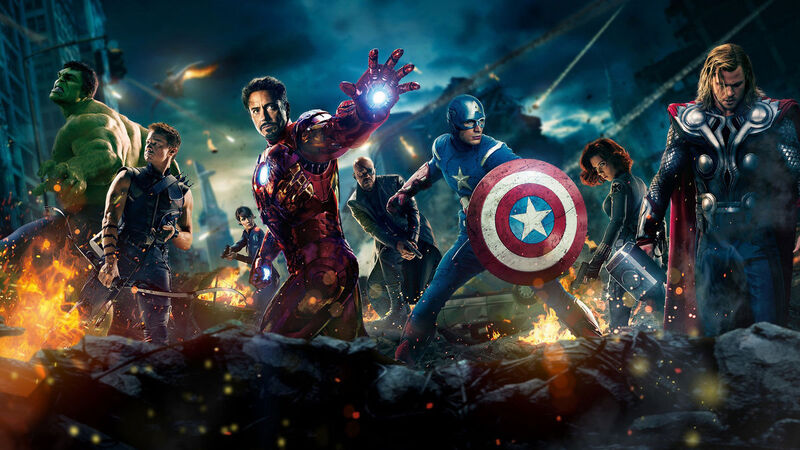 How Marvel Has Changed Movies, For Better AND Worse

The Marvel Cinematic Universe hits something of a crescendo this summer, with Avengers: Infinity War bringing to an end a story that started with Iron Man some 10 years and 18 movies previous. In that time the MCU films have grossed more than $13bn worldwide. But beyond that they’ve fundamentally changed the way Hollywood makes movies, as well as how journalists cover and audiences consume them. Both for better. And worse.

Studios have told a single story over multiple movies before, with Star Wars and Lord of the Rings prime examples. But no one had done it on the size and scale of Marvel. Head honcho Kevin Feige had the vision to introduce multiple superheroes — kicking off with lesser known character Iron Man — in standalone features building towards team-up flick The Avengers.

He also had the bravery and foresight to tell the long-term, over-arching story of the Infinity Stones through 19 films, leading into the battle for the Infinity Gauntlet in Avengers: Infinity War this May.

Now everyone wants a ‘Shared Universe.’ The Godzilla ‘Monsterverse‘ has been a success, as has the Cloverfield ‘Cloververse,’ while Harry Potter is still going strong thanks to Fantastic Beasts and Where to Find Them. And those new Star Wars prequels and sequels are making billions of dollars. But constructing this kind of multi-faceted franchise is harder than it looks.

DC gave it a go, with Man of Steel, Batman v Superman and Wonder Woman stuttering towards Justice League in haphazard fashion. Universal used The Mummy to launch their ‘Dark Universe,’ then promptly put it on the back-burner when that film flopped. And the less said about the recent Ghostbusters and Dark Tower efforts, the better.

So while Marvel has made it look easy assembling their Avengers over the last decade, the evidence suggests that it was anything but.

Celluloid ‘Easter Eggs‘ aren’t a Marvel invention either. Filmmakers have stuck references and callbacks in their movies for decades. From Pac-Man popping up in Tron and Indiana Jones visiting Club Obi-Wan to an Alien skull appearing in the Predator‘s trophy room, it’s the ultimate in fan service, and a treat for those paying close attention.

Though yet again, no one had done it on quite the scale of the MCU. In the first Iron Man flick, Tony Stark‘s ringtone is the theme tune from the character’s 1966 cartoon, you can glimpse Captain America‘s shield on his work bench, and Stan Lee briefly appears as a Hugh Hefner-like character, the first of many cameos for the comic book king.

These ‘Easter Eggs’ proved popular with fans, and so their number has increased with each successive feature. The Marvel movies are now chock-full of winks and nods to the audience. Some of them are throwaway gags, while others provide clues to the future of the films.

It means that moviemakers can have fun with the fans post-release, with James Gunn even laying $100,000 on the fact that there’s a Guardians of the Galaxy Easter Egg that still hasn’t been found. And also means that the majority of blockbusters are now filled with them, which in turn fills the Internet with ‘Every Easter Egg We Found…’ articles for weeks after a film’s release. Like this recent gem.

While the Marvel movies have nailed their heroes thus far, they’ve consistently failed when it comes to the villains. Abomination (The Incredible Hulk), Red Skull (Captain America: The First Avenger) and Ultron (Avengers: Age of Ultron) failed to live up to expectations. Obadiah Stane (Iron Man), Darren Cross (And-Man) and Kaecillius (Doctor Strange) were pretty forgettable. And Whiplash (Iron Man 2), Malekith (Thor: The Dark World) and Ronan the Accuser (Guardians of the Galaxy) were downright terrible.

Only Loki has managed to transcend the movies, with Tom Hiddleston’s take on the God of Mischief the best thing in many of the Marvel movies thus far. Though while he’s a memorable character, he’s far from a memorable villain, being consistently likeable, and on occasion even heroic.

Which is frustrating, as before the MCU, the antagonist was as important as the protagonist in superhero movies, and oftentimes the stuff of nightmares. Superman had Gene Hackman’s Lex Luthor and Terence Stamp’s General Zod. Batman did battle with both Jack Nicholson and Heath Ledger as the Joker. And the X-Men frequently went toe-to-toe with Ian McKellen’s magnificent Magneto.

Now, however, the villain seems to be an afterthought across the board. The new DC movies started out in acceptable fashion with Michael Shannon’s Zod. But then we got the CG nonsense of Doomsday, Ares and Steppenwolf. The X-Men followed suit, with Apocalypse one of the worst bad guys that series has produced. While Fantastic Four, Deadpool and Logan all failed to spawn memorable villains in recent years.

So here’s hoping that Thanos — the big bad the MCU has been building up to — makes up for these failings this summer, and that other superhero movies then follow suit.

There was a time when superheroes like Superman and Batman were introduced via their own standalone movies. Indeed the MCU kicked off that way, with Iron Man, Thor and Captain America all debuting in their own features.

But as those films turned into monstrous box office hits, so Marvel realised they could ‘soft-launch’ characters. The studio, therefore, started giving superheroes cameos elsewhere before launching solo vehicles. Black Widow — who first appeared in Iron Man 2 — will soon be headlining her own film. We met both Black Panther and a new iteration of Spider-Man in Captain America: Civil War before their standalone flicks. And early word suggests we’ll see Hope van Dyne — who debuted in Ant-Man — don her Wasp costume for the first time in Avengers: Infinity War before getting a (semi-)solo movie in the shape of Ant-Man and the Wasp later in the year.

Other studios are taking this approach, with Wonder Woman introduced in Batman v Superman before going it alone, and Aquaman, Cyborg and Flash doing the same via some grainy BvS footage and Justice League. And it’s a tactic that looks set to continue, allowing studios to familiarise audiences with new characters in sure-fire hits before betting the house on them alone.

Finally, we’ve got another entry that the MCU didn’t invent, but did popularise. To such an extent that they have now become the industry norm; namely post-credit stings. Traditionally, these scenes — that play during or after the end credits — were used to conclude proceedings with a gag, sending audiences home with a smile.

In the 1980s, the likes of Airplane!, Ferris Bueller’s Day Off, Adventures in Babysitting, I’m Gonna Git You Sucka and The Muppet Movie all featured add-ons for comic effect. They rewarded those who stayed through the credits with a laugh.

But one film did it differently. Young Sherlock Holmes concluded with an end-credit sequence that revealed the film’s bad guy to be none other than super-villain Moriarty. It was a jaw-dropping moment, that very sadly didn’t trigger a series of sequels. The Pirates of the Caribbean films followed that example, teasing future instalments in their stings. But it was Marvel who took it to the next level.

The studio now uses post-credit scenes to set up both characters and storylines. Nick Fury introduced the ‘Avengers Initiative’ at the end of Iron Man, Thor’s hammer was discovered post-Iron Man 2, and Thanos donned the Infinity Gauntlet and vowed to track down the remaining Infinity Stones at the end of Age of Ultron.

Marvel has also used them for laughs. From the Avengers eating shawarma and baby Groot dancing to adolescent Groot playing video games and giving Peter Quill grief. Indeed, such is their prevalence that Guardians of the Galaxy Vol.2 featured no less than five stings.

As with so many of these narrative devices and decisions, they’ve turned into conventions, with rival blockbuster franchises following suit. Predictably the X-Men and DC movies now feature regular post-credit scenes. As do the Transformers films. The Fast & Furious flicks. And pretty much every celluloid series looking to lay the foundations for their next entry.

Meaning it has become industry standard to add scenes to a film’s already lengthy credits. And customary for audiences to sit through them for a butt-numbing period of time. Which ultimately might be the cruellest gift that the Marvel movies have bestowed upon us.