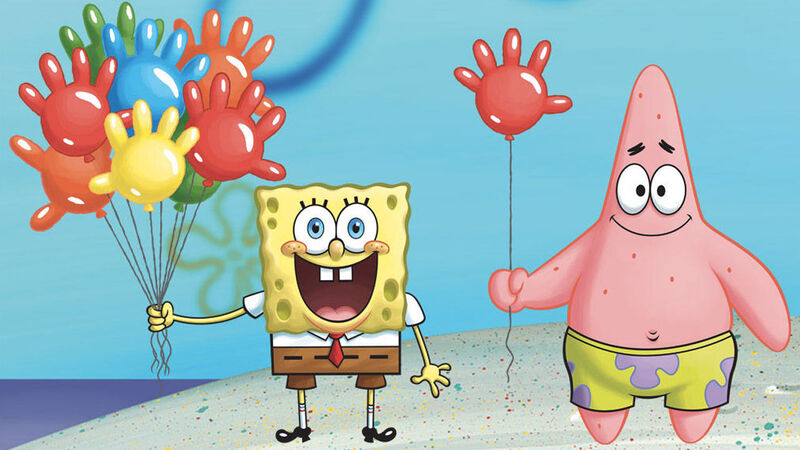 Given how things played out, you might call it a draw.

Stephen Hillenburg was born in Lawton, Oklahoma on August 21, 1961, at the United States Army post, Fort Still. His father, Kelly N. Hillenburg Jr., was employed as a draftsman and a designer. Nancy, his mother, taught visually impaired students. In time, Stephen’s younger brother Bryan, would follow in their father’s footsteps and become a draftsman and a designer too. Later in life, Stephen would say he remembered nothing about his life in Oklahoma. His childhood memories began later, when the family packed up and relocated to Orange County, California. Closer to the centre of the aerospace industry in which his father worked. Closer to the sea.

Stephen was 15 when he learned to snorkel, in Woods Cove, near Laguna Beach. Fascinated by the ocean life he found, he’d take home things he’d found in tide pools, objects that “should have been left there and that ended up dying and smelling really bad.” At home, he became obsessed with the films of French oceanographer Jacques Cousteau. His interest in the depths of the ocean mirrored the depth of his fascination with it. It was obvious to him that this would be what he’d study, and in 1984, he earned a bachelor’s degree in natural resources, with an emphasis on marine resources, from Humboldt State University in Areata.

Upon leaving, Stephen got a job at the Orange County Marine Institute, principally teaching children about what lived in the sea. “We taught tide-pool ecology,” he said. “Nautical history, diversity, and adaptation. Working as a marine science educator, I had a chance to see how enamoured kids are with undersea life, especially tide pool creatures.”

Stephen liked his job. He liked working with the ocean. But then the artist in him started to fight back.

The Killing of An Egg

Stephen had known he had some artistic talent ever since receiving praise for an illustration he’d made in the third grade: “A bunch of army men… kissing and hugging instead of fighting. Of course, this is 1970. My teacher liked it because, I mean, obviously that was in the middle of the Vietnam War. She was, I would imagine, not a hundred percent for the war like a lot of people then. I had no idea about the implications, really, because I just thought it was a funny idea. I remember that still, that moment when she said, ‘Oh my gosh, look at that’. It was then I knew I had some creative flair.”

Despite his father being a draftsman, it was his grandmother that Stephen credits with infusing his artistry.

“She was a great painter,” he recalled. “Really, really gifted.”

From the off, animation appealed. In his teens, he was taken to the International Tournée of Animation at the Los Angeles County Museum of Art. There, he found himself “knocked out” by the 1977 Dutch film, The Killing Of An Egg, by Paul Driessen (who had previously worked on The Beatles’ 1968 movie Yellow Submarine). In it, an obese man crushes a boiled egg to silence the voices emanating from inside the shell. In retribution, the house the man is sitting in is crushed.

“That was the film that I thought was uniquely strange,” said Stephen, “and that lodged itself in my head early on.”

How Rocko’s Modern Life Put Him Off

And so upon leaving the Marine Institute, Stephen enrolled at the California Institute of Arts to study animation. He started making his own short films. One was called Green Beret. One was called Wormholes. They both began to be exhibited at film festivals. Then in 1991, Stephen became one of six winners of the annual Princess Grace Foundation-USA film grant award. It was enough to reassure him that maybe there was something in his career change. It was also enough to bring him to the attention of kids’ TV giant Nickelodeon. Stephen graduated in 2002, having earned a Masters in experimental animation.

Once at Nickelodeon, Stephen’s first job was as a writer on the show Rocko’s Modern Life, a chaotic innuendo-heavy cartoon sitcom created by Joe Murray concerning the titular Rocko, an Australian wallaby. In the show’s final year, he was promoted to the position of creative director. It was fun. Very fun. It also assured him he would probably never create his own series.

“After watching Joe tear his hair out a lot,” he said, “dealing with all the problems that came up, I thought I would never want to produce a show of my own.”

As we now know, that never happened.

Driving to the beach on the Santa Monica Freeway one day in 1996, Stephen recalled his days teaching at the marine institute. It struck him that the fascination that children had expressed during his tide pool lectures would make a great basis for a cartoon.

“I wanted to create a small town underwater where the characters were more like us than like fish. They have fire. They take walks. They drive. They have pets and holidays.”

He knew he wanted the principal character to be a sponge. In defiance of everything that he had ever learned about marine biology, he drew the character square, like a kitchen sponge.

“At first I drew natural sponges – amorphous shapes, blobs. Then I drew a square and it was funny,” he said.

During his days at the Marine Institute, Stephen had already created a vaguely educational, marine life-themed comic called The Intertidal Zone. It featured a character called Bob The Sponge. It also featured a host of other anthropomorphic sea-creatures. In the time between school and university, he’d worked at a seafood restaurant, working as a lobster boiler. From (fuzzy) acorns do mighty oaks grow.

Some of these details would come to light in 2007, in the wake of 2004’s first full-length SpongeBob movie, when the cartoonist Troy Walker would file a lawsuit against Nickelodeon claiming SpongeBob was a lift from his character Bob Spongee. The suit was dropped before trial a year later after a summary judgement ruled against Walker’s claim.

To pitch the show to Nickelodeon, Stephen – who’d recruited much of the Rocko team in the wake of that shows cancellation, including Tom Kenny, the man who would in time become the voice of SpongeBob – picked out a Hawaiian shirt, bought a fish tank, filled it with models of his new creations and played tropical music to set the mood. Nickelodeon approved and freed up the money to make what would be the networks first ever originally commissioned Saturday morning show.

When SpongeBob debuted in 1999, it was an immediate hit. Within a month it had usurped Pokémon as the station’s most popular show. Among children aged one to eleven, it was the highest ranked show, while the Parents Television Council ranked it third-best among prime-time shows in its portrayal of strong family values.

“The main thing about SpongeBob is that he celebrates innocence,” said Stephen. “His outlook on life is very optimistic and earnest, and I think kids relate to that. He has a creative spark, in the same way children are very creative from an open and naive perspective.”

Stephen believed that the premise of the show was that “innocence prevails”, even if, in reality, that wasn’t always the case. An admirable message, and one that could be adopted by anyone.

By 2001, it had become clear that one-third of the audience was over eighteen. By 2002, an estimated sixty-one million people worldwide were watching the show, twenty million of that number aged between 18 and 49. The same year, $750 million was said to have been spent on SpongeBob merchandise. By 2015, that number was around about $12 billion. Joyce Millman of the New York Times summed up one aspect of the show’s popularity perfectly: “Like Pee-wee’s Playhouse, SpongeBob joyfully dances on the fine line between childhood and adulthood, guilelessness and camp, the warped and the sweet.”

The show soon built up a strong following in the LGBTQ+ community. Stephen wasn’t surprised: “The show celebrates how everyone is different. The attitude of the show is tolerance. Nobody is shut out.”

Much like The Simpsons, it’s a sign of the show’s ubiquity within popular culture that it’s impossible to think how meme culture would look without the show’s existence. Seeing teenagers marching holding placards depicting the Krusty Crab vs. Chum Bucket rivalry in the wake of the Parkland shooting earlier this year was powerful stuff.

Stephen was optimistic that the success of SpongeBob might go some way to helping preserve the oceans he loved so much.

“People have to get together and realise how important our oceans are,” he said, during promotion of 2009’s SpongeBob documentary, Square Roots: The Story Of SpongeBob Squarepants. “One thing I’m hoping will come out of this documentary is the realisation that the show came from something that’s precious and that we need to appreciate it. It takes care of us. Hopefully, if you watch SpongeBob, you’ll want to take care of our oceans.”

“I make animation because I like to draw and create things,” he told the East Valley Tribune in 2004. “I have no real interest to be on camera or to be a celebrity. It’s not that I don’t like people, but I like having my privacy.”

These were sentiments echoed in the March of 2017, when Stephen disclosed to Variety magazine that he had been diagnosed with amyotrophic lateral sclerosis, or ALS, a terminal illness that causes the death of the neurons that control and brain and the spinal cord. He died of complications arising from ALS on Monday, November 26.

Stephen is survived by his wife of 20 years, Karen Hillenburg, son Clay, mother Nancy Hillenburg (nee Dufour) and brother Brian Kelly Hillenburg, his wife Isabel, nieces Emma and Hazel, and over two hundred episodes and two full length films – as well as comics, video games and a host of other media — of one of the greatest cartoons of all time.

You might call the conflict Stephen Hillenburg had between drawing and the ocean a draw.

It was everyone else who were the winners, really.