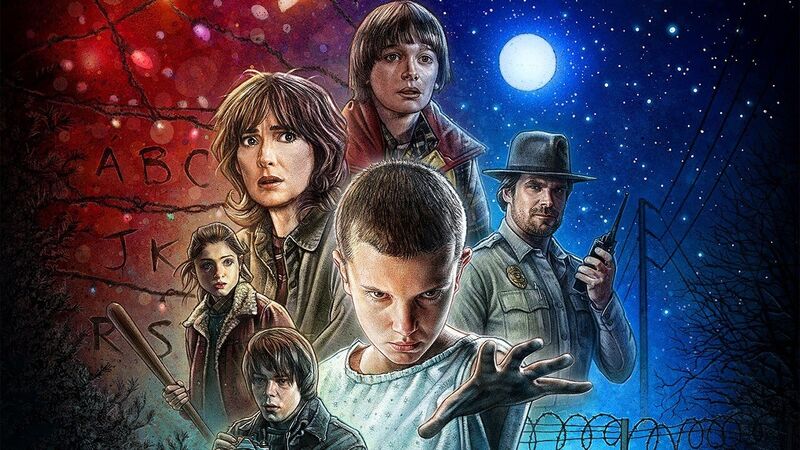 How ‘Stranger Things’ Does Nostalgia Right

Stranger Things has been one of the best shows to come out of Netflix’s slate of original programming. Fans have been showering it with praise for being a throwback to movies and stories of yesteryear. Why does Stranger Things work when so many other pieces of nostalgia bait fail? Let’s take a closer look at how Stranger Things utilizes nostalgia correctly and why it has struck such a chord with audiences yearning for familiarity.

Pick Subjects Worth Being Nostalgic About

We all have properties from our childhood that we just can’t let go of. However, it’s important to realize which things are worth being nostalgic about and which ones are best left in the toybox. Stranger Things takes inspiration from the films of Steven Spielberg and the stories of Stephen King, and these are two creators whose works will live on long after they’ve left this world. They have crafted endearing tales that capture the imagination and illuminate the human condition. You won’t find that kind of depth in Street Sharks or He-Man and the Masters of the Universe no matter how hard you may try.

It’s easy to get wrapped up in the simple pleasures of your juvenile past. It’s also important to take stock as an adult and see which properties still have something to offer a matured mind. Stranger Things recognizes this and weaves a tale that satiates both the kid and the adult in you. That’s an important aspect a lot of nostalgic material ignores.

Be True to Your Inspirations

How often do we get a remake of a film or a rebooted television series that misses the mark? More often than not. There’s usually a number of problematic factors but one glaring element is a sense that the new version doesn’t understand what made the original so beloved.

Take Jem and the Holograms for instance. A slightly sci-fi action cartoon was turned into a film that barely resembled the property it was based on. This led to fans disowning the movie and the entire endeavor being written off as a failure. Because the adaptation didn’t encapsulate what made the series so iconic, it didn’t work for fans or wider audiences.

Stranger Things embraces its inspirations with open arms. Not only does the show try its best to capture that Amblin spirit of adventure and mystery, but it doesn’t shy away from the danger of its Stephen King influence either. Not everyone makes it out of Stranger Things alive, and the show refuses to play it safe at critical moments. By being honest with the sources it’s pulling from, the show begins to feel like it is part of those inspirations rather than a pale imitation.

Carve Your Own Path

The safest thing to do when banking on nostalgia is to play the beats that everyone expects. The risky and more rewarding choice is to use that nostalgia as a foundation to build your own world and story. Stranger Things understands that it can’t coast on its influences alone and begins to interject its own unique twists as the story progresses.

This is why the show gets nostalgia and something like Super 8 doesn’t. Super 8 was too steeped in its love of Spielberg to be able to escape being seen as a Spielberg wannabe. Stranger Things avoids the fetishism that Super 8 fell victim to, and avoiding that pitfall allows Stranger Things to stand apart from the subjects it pays homage to. If you’re going to tap into the well of nostalgia, you also have to bring something fresh to the table. Stranger Things does so with its strong characters, mysterious mythology, and expert craftsmanship behind the camera.

With its first season being a huge success, it’s exciting to think about where Stranger Things is headed. Wherever it’s going, it’s fair to say that it will continue to do our childhoods right while also creating something that a whole new generation of children will fall in love with. That’s the most important thing when it comes to nostalgia: making new fans who will carry on that feeling into their own adult lives. Stranger Things accomplishes that with remarkable aplomb, and it’s safe to assume that the next season will amplify that love tenfold.