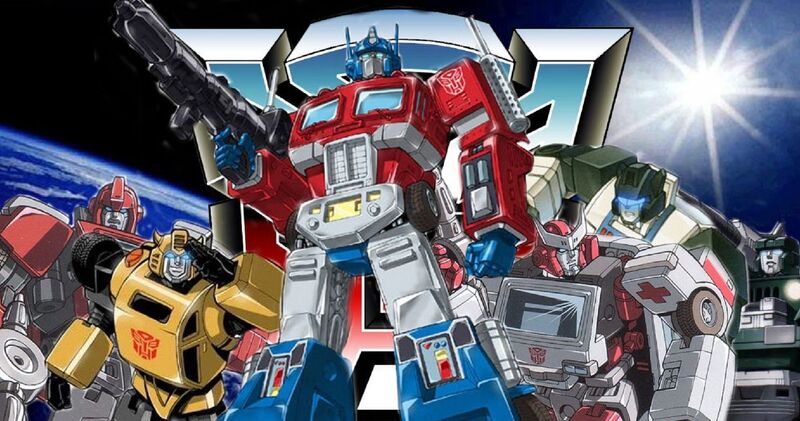 How Transformers Managed (and Continues to) Capture Our Attention

Ever since the release of their first wave of toys in 1984, the Transformers have captivated audiences almost effortlessly. The iconic robots have gone through a great deal of change since their introduction as toy moulds in Japanese company Takara’s Diaclone and Microman range, but every step of the way through their evolution, there’s been a wave of fans to welcome them. Through the lens of both nostalgia and sincere adoration, the Autobots and Decepticons have been prevalent icons in pop culture for many years now, but how exactly were these characters created, and why are we so enamoured with them?

Transformers may have been interesting to kids even before they knew of their backstories, but the success of Hasbro’s toy line overall was thanks to the story that tied them all together. The toys launched alongside their first comic series, featuring characters created by Marvel Comics’ Bob Budiansky. The story followed the Autobots, led by the noble Optimus Prime, and the evil Decepticons helmed by Megatron, as they used planet earth as the battleground for their centuries-old war. This serious plot brought these toys (which were pretty cool by themselves; come on, what kid doesn’t want a truck that turns into a robot?) entirely to life, and turned the badass robots on the shelves into symbols of peace or tyranny. The very first cartoon featuring the Transformers aired in 1984, featuring new stories adapting the characters from the comics, and introduced a new wave of kids to the Autobots and Decepticons.

Of course, the Autobots and Decepticons have gone through a few lineup changes over the years. For Transformers fans, no lineup change was more impactful was that seen in The Transformers: The Movie in 1986. No fan knew what to expect from the film, especially not to expect the deaths of many fan favourite characters, including Optimus Prime, no more than half an hour into the film’s runtime. The shock was huge and radiated through the franchises’ fandom. A new line of Transformers was, of course, welcome, but the great loss of many Autobots and Optimus himself was devastating. However, their sacrifice pushed them to martyrdom and legend status. Toys of Optimus and his team of Autobots flew off the shelves, and the series had never been more popular.

Following this era of the Transformers, sales dipped in the US; it was assumed that American kids had just moved on, and the superfans were too eaten up over the loss of Optimus Prime from the cartoon. Yet, the characters had now built a legacy and a whole new league of fans, as many had fallen for the cartoon series without picking up any of the toys, and vice versa. Transformers were multi-media, and people loved every facet of their presence in pop culture.

Transformers did get something of a resurgence; the reveal that Michael Bay would direct a live-action adaptation of the robots in disguise was a surprise to many and stoked a fear that the Autobots and Decepticons wouldn’t see a respectful interpretation. The movie was different for sure, with a whole new look for the ‘bots that showed off a more organic appearance to ground them in the live-action setting of 2007 California, but it benefitted the Transformers IP greatly. Five movies and a Bumblebee spinoff later, toy sales have seen a dramatic upshot, and the robots we once knew have made their grand return to modern pop culture. The cartoons even made their return, with various new series consistently revealing themselves and proving that the Transformers IP is still fresh and interesting enough to garner attention from the kids of the 21st century – in live-action, cartoon, and toy form.

What makes the Transformers so truly special is what they could have been; they could have been a failure without any attention paid to their backstory and personalities, relegated to the shelves and doomed for poor sales. But it was the story’s creators, Marvel Comics’ Bob Budiansky and the writers of the original Transformers cartoon, that brought the Autobots and Decepticons to life in such a vibrant and exciting manner. The toys paired with the action-packed and iconic cartoon was a recipe for success, and it has since struck a chord with fans of all ages.

Transformers is equally a presence in pop culture and a shared experience among those who were there to see it flourish. Not long after their release, they became much more than just toys on the shelves, transforming into pop culture icons that defined their era and audience. The Transformers, despite Bay’s modern interpretation, will always be an icon of the ‘80s, and their influence reverberates through the nerdy subspace even today.