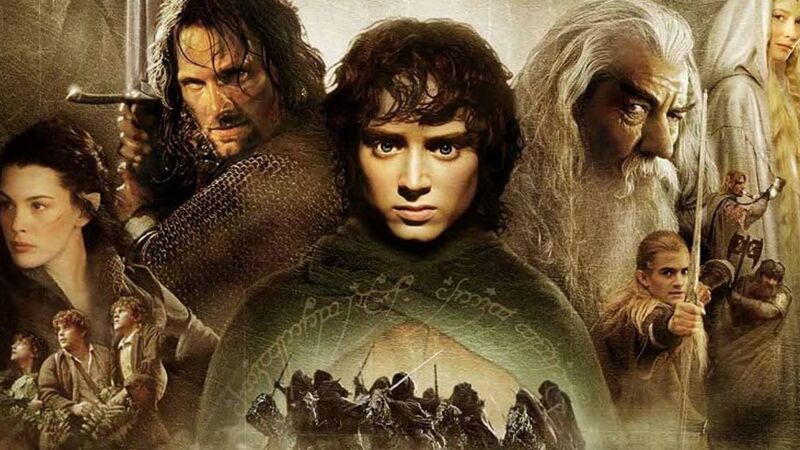 The Most Iconic Movie Scores and Original Soundtracks of the ’00s

Believe it or not, the ’00s – or ‘noughties’ as no-one really likes to call it – is starting to move into the nostalgia zone already. A decade that ushers in huge franchise movies and pioneering technology, the noughties also brought with it some unforgettable scores and soundtracks that are sure to stand the test of time. Here are some of our favourite OSTs.

Harry Potter and the Philosopher’s Stone

Most people – especially the 20 somethings of this world – probably remember where they were when they first clapped eyes on the trailer for the original Harry Potter movie. Or, perhaps more importantly, clapped ears on it.

That simple celesta tune never fails to give audiences a childlike grin of excitement. John Williams’ score sets the tone for this record-breaking franchise from the very beginning, promising seven magical years at Hogwarts ahead. From then on, it soars and dips like a fast-paced game of Quidditch, its rich orchestration always oozing the warmth at the heart of J. K. Rowling’s world.

Lord of the Rings Trilogy

Another huge event of the noughties, Peter Jackson’s Lord of the Rings trilogy swept us up with breathtaking scenery, ambitious special effects and a magnificent score to match. The musical motifs — from the nostalgic folk melody of Hobbiton, to the celestial Elven choir of Rivendell, and even the strong, warrior brass that accompanies the Fellowship as they set off on their quest — emphasise the scale, twists and turns of this iconic saga. We certainly wouldn’t be taken on the same epic journey without the power of Howard Shore‘s music.

O Brother, Where Art Thou?

From the opening prisoners’ gospel chant, you know you’re in for a treat with this Coen Brothers classic. Serving up a mixture of original and new recordings of folk, gospel and blues classics, the OST for this movie really adds a feeling of authenticity to the Coen’s portrayal of the Southern states in the ’30s.

A particular highlight is the ‘Soggy Bottom Boys‘ surprisingly good rendition of ‘I Am A Man of Constant Sorrow’ which almost makes you want to sell your soul to the devil right then and there. Or there’s Alison Krauss’ angelic rendition of ‘Down to the River to Pray’ which is both peaceful and haunting at the same time.

No noughties soundtrack listicle would be complete without this movie. An indie-turned-mainstream classic, (500) Days of Summer seduced those millennials who craved something other than a standard, packaged-up ‘love story.’ The infectious indie meets nonconformist pop tracklisting includes the likes of The Smiths, Regina Spektor, Feist, Simon & Garfunkel, and — let’s not forget — that joyous use of Hall & Oates’ ‘You Make My Dreams Come True.’ *Cue dancing down the street.*

Even if it doesn’t have a happily ever after, the movie leaves us with a ready-made, crowd-pleasing playlist for countless road trips.

School of Rock is truly an elementary rock music education. Jack Black’s love for finger-shredding guitars and gut-busting drum solos is evident from beginning to end. From the punchy, anarchic tones of The Clash, to the heavy chug of Black Sabbath and stadium-filling sounds of The Who, School of Rock has something for every rock aficionado.

On top of a head-banging jukebox soundtrack, the original songs by the fictional band No Vacancy and the School of Rock’s own Battle of the Bands spectacular stand up as modern rock anthems in themselves. “Let’s rock, let’s rock today.” Sit back, grab your finest leather jacket and bang your head along to some of guitar music’s finest.

Thomas Newman has only scored three Pixar movies — Finding Nemo, Wall-E and Finding Dory — but he gives all of them a poignantly emotional edge through his music. There’s no better example of this than his work in Finding Nemo, where the roller coaster of a story is punctuated by beautiful waves of blissful orchestration. The score captures the inner anguish of our favourite fish and the sheer expanse of the ocean at the same time. Something about the piano and strings arrangement of the main theme ‘Nemo Egg’ sends shivers down the spine, and every time the motif is repeated it just layers on more heart-melting goodness. Nemo may have been found long ago, but we’re still happily losing ourselves in this OST.

Whether you’ve seen Amélie or not, you’ve likely heard the quirky Parisian tunes in ads and TV shows for the last 15 years. From the indie-inflected accordion and glockenspiel on ‘Amélie’s Waltz’ to the melancholy piano solo of  ‘The Fabulous Destiny’, Yann Tiersen‘s score lets you imagine Amélie’s cheeky smile as she wanders the streets of Paris and meets all sorts of unusual characters, with their highs and heart-breaking lows. A great one to revisit as the autumn nights draw in.