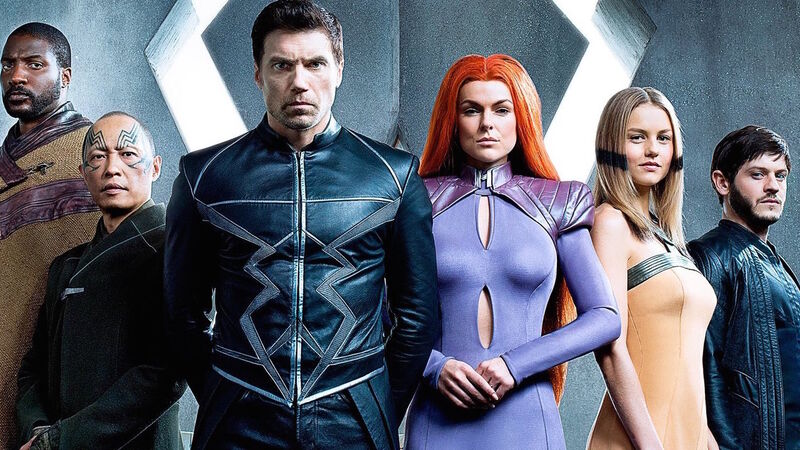 Marvel’s history on network television has been spotty at best. Agents of S.H.I.E.L.D. has been the target of harsh criticism since it debuted on ABC back in 2013. Agent Carter raised the game for a season, but ultimately lost its luster and was canceled after a second outing. And so fans have been following the development of ABC’s newest Marvel show, Inhumans, with great interest.

With production on the show now underway, fans have been getting hyped for a first look at the upcoming series. But be careful what you wish for. The first official promo shot of the Inhumans cast is here. Unfortunately, it’s not awesome and the fan reaction is savage af.

Many familiar with the comic book source material are calling out the costumes for being, well, pretty awful by comparison. And let’s be real, these types of posed promotional photos rarely do justice to the final product. Maybe Inhumans will look better once we see the big-screen IMAX premiere on September 1, followed by the ABC TV premiere a few weeks later.

For now, we’re left to contemplate this unfortunate first-look photo. Here’s what fans are saying…

I am not certain that the Inhumans publicity shot is going to engender the response that perhaps they were hoping for.

Those are….
Those are certainly people in costumes.#inhumans

Where's Lockjaw and Triton?? Medusa's wig is the worst of all #Inhumans

I wish I could unsee that Inhumans photo.

Two things:
1. Jesus Christ, that looks cheap.
2. The show's called Inhumans, yet every single one of these actors is human. 🤔🤔🤔🤔 https://t.co/q4NgCjeCJj

I'm sorry, my dear, but you are up for elimination." #Inhumans #DragRace pic.twitter.com/RlZhvW4QAO