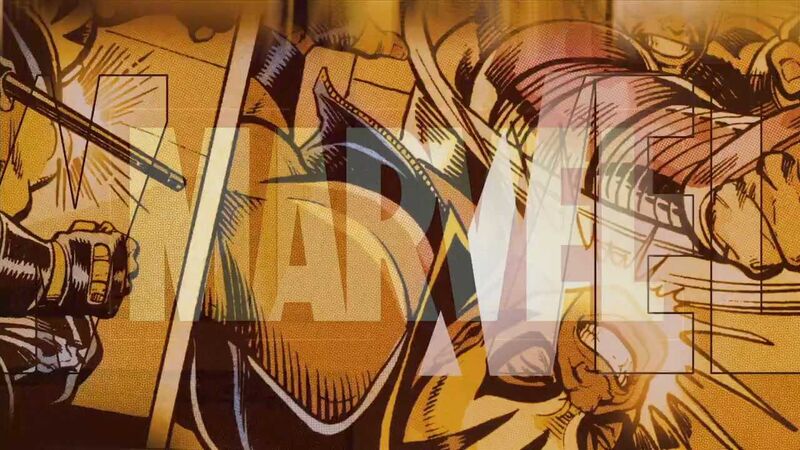 There’s been no shortage of Marvel games over the years. Well, games based on Marvel characters and worlds at least. Spider-Man alone has appeared in 56 titles to date! Then you’ve got Hulk, Iron Man, Thor – well all The Avengers really. Of course you’ve also got the Fantastic Four, Guardians of the Galaxy, Deadpool and let’s not forget all of the X-Men. On top of that there’s the collaborations, like Marvel vs. Capcom, Marvel Pinball and the like.

If you were to count them all up… well… you’d lose count, let’s put it that way. But never have any of these games featured the Marvel Flipbook at the start. You know the logo well; the one where the comic pages flicker past and then dissolve into the Marvel logo. Not one game.

“You may have noticed that our most recent trailers feature the Marvel flipbook logo at the beginning,” James Stevenson, community director at Insomniac Games pointed out during a pre-release play session with Marvel’s Spider-Man. “It’s the first time ever that a Marvel video game has been given permission to use that logo. When you see that Marvel flipbook, it’s like a seal of quality. That’s when you kind of get the chills and think, ‘this is a Marvel experience. This is a blockbuster experience.’”

Iconic developer Insomniac Games (Spyro the Dragon, Ratchet & Clank, Resistance, Sunset Overdrive) releases Marvel’s Spider-Man exclusively on the PlayStation 4 on September 7. It’s excellent. We’ve had the game for a number of weeks now and can attest to its near unrivaled visual polish, sumptuous combat engine and engaging story. Why? Because this is a game that makes you truly feel like you’re Spider-Man.

The story sees Insomniac deviate away from existing Spider-Man material to create an all-new universe for the iconic character. Familiar faces appear of course, from the usual side-characters to the mega list of crazy villains. And while you predominantly play as Spider-Man, you do get to control Peter Parker when you need a break from the high-octane action, and even MJ in some key moments. However, their roles, motives and conflicts are in far different places than we’ve seen before.

It’s no wonder then that Marvel was going to keep a very close eye on its development, and Stevenson confirmed to FANDOM that the collaboration between developer and licensee was tight. But by the end, Marvel was so impressed by the title and what it did for the character that it gave the game its official seal of approval.

Thus, Marvel’s Spider-Man is the first game ever to receive permission to use the iconic flipbook logo.

“When we showed the game at E3 this year,” Stevenson continued, “the response we got from the Marvel guys was funny. The main person in New York who looks after all the video stuff for Marvel said, ‘I don’t even like video games, but that was f*$#king awesome! I’m going to have to get a PS4 so I can play this.’ That was the first time we realised that even the people in Marvel were thinking, ‘wow, this is something special.’”

“But it wasn’t until right at the end that Marvel was like, ‘ok, the level of polish and presentation is good enough for our seal of approval.’ So I think they are happy with it. I’m sure not just Marvel Games, but Marvel as a whole are excited about our Spider-Man game. Hopefully they will get behind it in a big way.”

With that in mind, it should come as little surprise to learn that Insomniac’s Spider-Man game is already finding its way into the broader Marvel canon. Stevenson was all too happy to tell us about the extended universe beginning to develop around the game.

“As an aside, the Spider-Geddon comic coming out from author Christos Gage – who is a Marvel writer that worked a tonne on this game over the last few years – will have our Spider-Man. He will be in his advanced suit joining up with all the other Spider-Man from the other universes in this big event later in 2018. You will find out more about our universe through that comic. There is also a prequel novel coming out before the game that tells more of the backstory.”

For those yet to see much of Marvel Spider-Man in action, it’s bright, colourful, full of quirky humour and blisteringly fast. The sheer number of animations in Spider-Man’s arsenal is hard to comprehend, and he seamlessly shifts between them as you bounce around a space taking down multiple enemies at once.

In many ways the combat feels like the Batman Arkham games, however, Spidey is much more agile than the Dark Knight. Happy to take to the air or a wall, then use his webs to grab objects or projectiles in the environment and hurl them at an enemy, he never stops moving. The boss battles are grandiose in scale, too. Plus there is a sizeable unlock tree, ensuring the combat never gets stale.

Is it too early to declare this the best Spider-Man game yet? Well, you’ll have to read our review. But it would seem that Marvel – and its flipbook logo – definitely would think so.