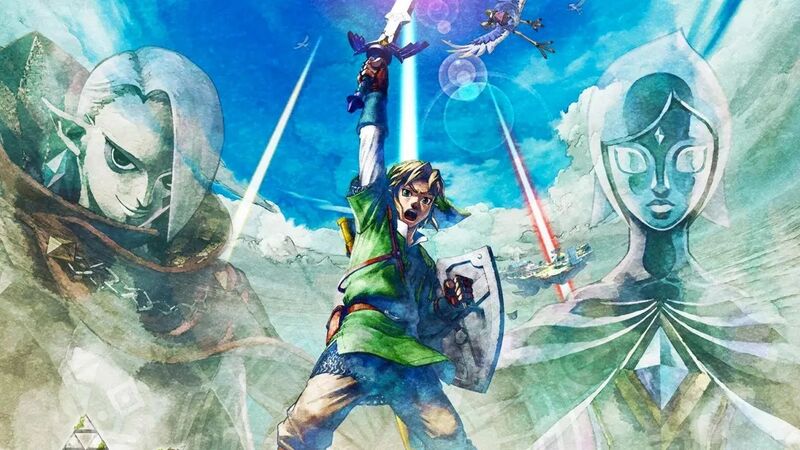 7 New Games Inspired By ‘The Legend of Zelda’

There are many games that put their own spin on the Zelda formula—but don’t think they’re just clones of the original. If you’re in need of a Zelda fix but want a twist or two on its usual trappings, check out these games that were influenced by the green-clad hero.

Developed by Cornfox & Bros. and published by FDG Entertainment, the first game in the Oceanhorn series came onto the scene in 2013. You play as an unnamed protagonist searching for your lost father while trying to defeat a living fortress. Along the way, you will explore dungeons, solve puzzles, and fight monsters. In addition to having lovely 3-D graphics, the game also features a musical soundtrack composed by Nobou Uematsu, Kalle Ylitalo, and Kenji Ito.

Out of all the Zelda games Oceanhorn takes cues from, this game is most strongly influenced by The Legend of Zelda: The Wind Waker. Like Link before them, Oceanhorn‘s hero takes a small sailboat to explore a series of islands that function as both an overworld and as various dungeons. One difference between Wind Waker‘s sailing mechanic and Oceanhorn‘s is that you don’t have to control the sailboat in the latter. Instead, the boat moves by itself and the player doesn’t really have to do anything until they get a gun to shoot at enemies in a mini game.

Its sequel, Oceanhorn 2: Knights of the Lost Realm, takes place a thousand years before the previous game. You play as an up-and-coming knight embroiled in a battle with an evil warlock. Unlike the first game, this game has you adventuring with a party of three, including the clever pilot Trish and the automata Gen. Finally, the game Oceanhorn: Chronos Dungeon is a dungeon crawling RPG that is a prequel to the first and second games. The game has throwback 16-bit graphics inspired by ’90s JRPGs, and can be played solo or with up to four players. Oceanhorn and Oceanhorn 2 are available on most major platforms, while Chronos Dungeon is available only on Apple Arcade.

Alundra tells the story of a young elf boy named Alundra who washes ashore near the village of Inoa. Soon, he discovers he has the power to enter people’s dreams—which is a nice coincidence, since the people of Inoa have been suffering from nightmares that sometimes result in death. Alundra takes it upon himself to try and help them, only to discover tragedy and dark forces at work.

This lesser-known gem combines the sword slashing and tricky puzzle-solving elements of Zelda with a mature and dark storyline and intricate overworld exploration. One of the most interesting features is the dream-walking mechanic, which leads the player to dungeons influenced by the dreaming NPC’s personality. The dreams can easily turn to nightmares, though—the game has a high death count, mercilessly killing off NPCs, even as you try to save them.

Since its initial release, the game has remained something of a hidden gem.  Although it received a sequel in 1999, it was a completely different game from its predecessor, with 3-D graphics, a lighter storyline, and a whole new cast of characters. While the sequel wasn’t well received, the original game was highly praised. Eventually, the game was ported to the Playstation 3 via the PSOne Classics service.

Fairune is a colorful 8-bit ARPG that was originally released for mobile devices and the Nintendo 3DS. The game featured a heroine that must find three “Spirit Icons” and seal away an evil being known as the “scourge.” The sequel, Fairune 2, featured a bigger overworld to explore and a more expansive story involving three fairies and a mysterious girl.

Both Fairune and Fairune 2 have roots in both early and contemporary Zelda games, with the premise of the former harkening back to the first Zelda game. Meanwhile, the sequel feels more like a spiritual successor to the Game Boy Color games Oracle of Seasons and Oracle of Ages, thanks to its enhanced storyline and combination of puzzles and action. With vibrant graphics, a plucky heroine, and an original chiptune score, the Fairune Collection provides the best of the older Zelda games with a modern twist.

Since its original release, both Fairune and Fairune 2 have been re-released for the Nintendo Switch and PC as The Fairune Collection. In addition to the previously mentioned games, this collection also includes two new games: Fairune Origin and Fairune Blast. Fairune Origin is a short adventure that shows how the world of Fairune was imagined, while Fairune Blast is a shoot-em-up game that can be played after completing the previous three games.

The first two games in what would become the Ys franchise starred a young man named Adol who washes ashore on the island of Esteria. Unfortunately, the village is plagued by an ancient evil. In order to defeat it, Adol must collect the six books of Ys (which he accomplishes in Ys I) and then confront the evil at its source in a new land (which comprises the plot of Ys II)

It been said that the gameplay of the early Ys games resemble the early Zelda games due to Adol’s combat style and the game’s premise. However, standout elements include enemies that will hone in on Adol (rather than being confined to a particular area and attack pattern) and an epic OST.

There are currently nine games in the Ys franchise. The most recent, Ys IX: Monstrum Nox, was released in February 2021 for Playstation 4, Microsoft Windows, Nintendo Switch, and Stadia. Since the release of the early Ys games, the games have evolved to include multiple main characters in addition to Adol, as well as additional mechanics developed in previous games.

Evoland is about as meta as it gets: an RPG about RPGs. Though the game starts with black-and-white graphics and no sound, you’ll see the history of RPGs unfold before you as you progress through the game. The main protagonist is Link in all but name, but you’ll get to take them beyond a Zelda game as you unlock new abilities, graphics, and gaming mechanics.

As you play, the graphics transform from 8-bit to 2-D to 3-D, while the gameplay grows from a Zelda romp to a turn-based Final Fantasy epic, concluding with a Diablo-style hack-and-slash adventure. When it comes to its Zelda influences, it feels like you’re playing through a history of Zelda games that starts from the original Legend of Zelda and continues to 3-D Zelda games such as Wind Waker. The dungeons especially display a Zelda influence due to elements such as puzzles, traps, and stealth challenges.

Evoland was followed up with a sequel, Evoland 2, which featured a more streamlined storyline and exploration of genres outside of RPGs. Taking a page from Chrono Trigger, there is a time-traveling aspect to the game as well as dungeons, puzzles, and even some fighting game-style battles. Both Evoland and Evoland 2 are available individually on mobile devices, and have also been collected into Evoland: Legendary Edition, available on the Nintendo Switch, PS4, Xbox One.

Created by Mihoyo and released in 2020, Genshin Impact is an open-world MMO game. The protagonists of the game are twins Aether and Lumine, with the player deciding which twin to control. At the beginning, one of the twins is lost after being snatched away by an unknown god. To get them back, the player must journey the world of Teyvat.

This game has often been compared to The Legend of Zelda: Breath of The Wild thanks to its emphasis on exploration. You can fight (or catch) monsters, climb trees for fruit, and travel on a variety of dangerous terrains that range from oceans to mountains. The game features breathtaking 3-D graphics, which are nice to look at in and out of battle. However, a major difference between Breath of The Wild and Genshin Impact is how the story and exploration are related. Instead of having the story progress as you explore the world at random, you’ll be raising your Adventurer Rank by doing quests around town that will eventually unlock story quests and multiplayer mode.

Another element that Genshin Impact has that Breath of The Wild doesn’t is cross-play—the ability to play on multiple platforms. You can start the game on your smartphone or tablet and then pick it up again on a PC or a Playstation 4. There are also gacha elements where you can spend real money to get items that make leveling your character easier. However, determined players can make progress without spending money.

Originally made by Nintendo for the 3DS in 2017, Miitopia is a life stimulation RPG game inspired by the player-created Nintendo avatars known as Miis. After arriving in the town of Greenhorne, the player discovers that an evil being, the Dark Lord, is stealing the faces of Miis throughout the land of Miitopia . It’s up to the player and their party to save the world.

Players are able to customize their character with fun job classes, including the standard warrior, a spunky thief, or even a chef. This also allows players to use quirky weapons such as a frying pan, rainbow ribbon sword, or daggers. Your Mii can have humorous interactions with the other party members and use special solo and team attacks.

Recently, Miitopia was given new life with a remastered version, released for the Nintendo Switch in 2021. The remaster brought further Mii character customization, some additional character classes, and a brand new dating mechanic. Prior to the game’s official release, a demo allowed players to experiment with its improved character creators, with specific access keys for characters from certain fan-favorite games—including The Legend of Zelda.