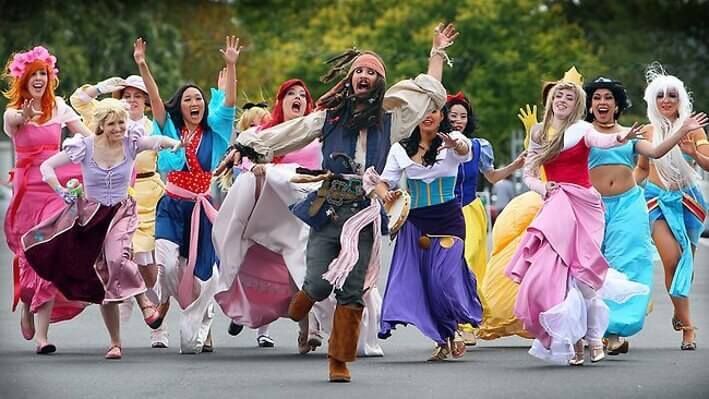 Is “Disneybound” the new trend in cosplay?

It’s become the norm for fans to dress up as their favorite characters when attending parties, going to conventions, or to the movie theater at the premiere of a new film.  Some places have strict regulations about what is appropriate to be worn for a visit, though, like Disneyland’s restrictions on what adults can wear to their parks.  Speaking of Disney, the new Star Wars film hit the screens, and there were warnings flashing all over Facebook and Tumblr about what sorts of costumes were allowed at theaters.  These rules can make it difficult for fans to ‘cosplay’–to dress up like a character from their favorite media–but a new trend has arisen in the world of ‘cosplay’ that makes it easier to pay homage to the television show, book, movie, game or comic the fans love.

‘Disneybound’ was born from the combination of fans wanting to cosplay, and the strict regulations on costumes worn in the Disney Parks.  The term ‘Disneybound’ refers to choosing a character, using that character’s color palette and style of dress, and putting together an outfit reminiscent of the character, rather than putting together an actual costume of the character.  The difference between ‘Disneybound’ and ‘cosplay’ is the difference between ‘costume’ and ‘outfit.’  Younger fans have been proudly showing off their ‘Disneybound’ outfits on social media sites like Facebook, Tumblr, and there’s even a subreddit dedicated to discussing the topic.

Disneygeekery discussed ‘Disneybound’ back in 2013, interviewing Leslie Kay, who runs @Disneybound on Tumblr.  She claims ‘Disneybound’ is a way for teenagers and adults, who otherwise might not be allowed to wander around in costume, to show their appreciation for their favorite Disney films by dressing in homage to the characters.

It’s becoming easier and easier, and far more common and popular to ‘cosplay,’ every day.  Things like ‘Disneybound,’ or every-day cosplay are popping up left and right, giving fans an opportunity to do more than wear a t-shirt with a logo on it.  Where it’s been hard in the past for fans to come up with outfits and costumes to wear to show their support, businesses like HerUniverse.com and ThinkGeek.com are making it easier to find ‘every day cosplay’ items.

Now that Disney owns Marvel and Lucasfilm, the span of characters under the Disney canopy has expanded considerably.  It leads to the question, is ‘Disneybound’ a new trend to be adopted by fans of Marvel, Disney, and Star Wars?  When the new Star Wars films premiere, will we see audience members wearing Star Wars Inspired Clothing?  Will women be wearing Captain America Dresses to the premiere of Captain America: Civil War?  Only time will tell how far the fans are willing to go to show their love for their characters. 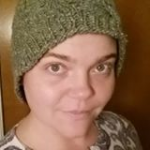