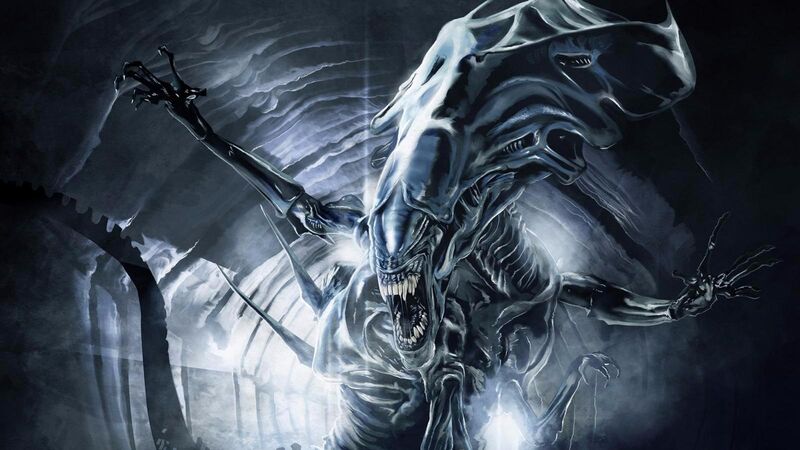 Is the Alien Series Getting Rid of the Queen?

The Queen alien is one of the most iconic screen monsters of all time. The gigantic baddie was introduced in James Cameron’s Aliens, the sequel to Ridley Scott’s groundbreaking sci-fi/horror film. Scott has returned to the franchise with Prometheus and Alien: Covenant. His return signals a new direction for the franchise, and Alien: Covenant could potentially show us where Scott’s head is at. Mainly, there is reason to believe that Scott is going to retcon the Queen out of existence.

In Alien: Covenant, we get to see how the android David has been experimenting with the pathogen he found on LV-223. Through countless mutations, he has finally landed upon the alien that we all know. We also see that he has engineered a number of eggs. Nowhere in the film is there any inclination of a Queen. David is the sole creator of the eggs.

It’s worth examining the meta-commentary of this. It would be easy to say that David represents Ridley Scott and Scott is repositioning himself as the father of the alien. James Cameron’s additions to the mythology were all his own. Scott had no involvement in the creation of the Queen or the hive society structure we see in Aliens. It’s likely that Scott is re-writing the history and life cycle of the alien. If that’s so, Scott might not want to include Cameron’s take on how the alien evolves.

There is certainly a lot to take in with that possibility. Fans love Cameron’s sequel and what he brought to the mythology. Would they revolt if Ridley Scott decided to take the creature in a different direction? Would it also turn everything after Alien into a separate timeline? Or is there something else to consider…

The ending of Alien: Covenant doesn’t leave us with a clear path to the beginning of Alien. There is still more of the story left to tell. It’s possible that Ridley Scott does plan to make the Queen a part of the eventual life cycle. Eagle-eyed fans did see what appears to be the head of the Queen in a recent poster for Alien: Covenant. Could this be a clue or just a fun Easter egg from the marketing department?

It’s likely that we haven’t seen everything quite yet. There is still a large chunk of the tale that we need to see before things are tied up. Whether or not that will involve the Queen is debatable. Ridley Scott seems very much open to listening to the fans, and you can bet they are going to want to see the Queen return. If Scott decides to listen to them, then we’ll have to see exactly how the Queen, the derelict ship, and all those eggs made their way to LV-426.

But, maybe Scott only wants to stay true to his original design. There is even a deleted scene from Alien that shows Dallas and Brett being cocooned and turned into eggs. Could Scott bring this concept back for future films?

Whatever route Scott does take, it’s clear that he is interested in forging his own path with the franchise. And if things continue down the way they are going, it might be a path that doesn’t include the Queen.