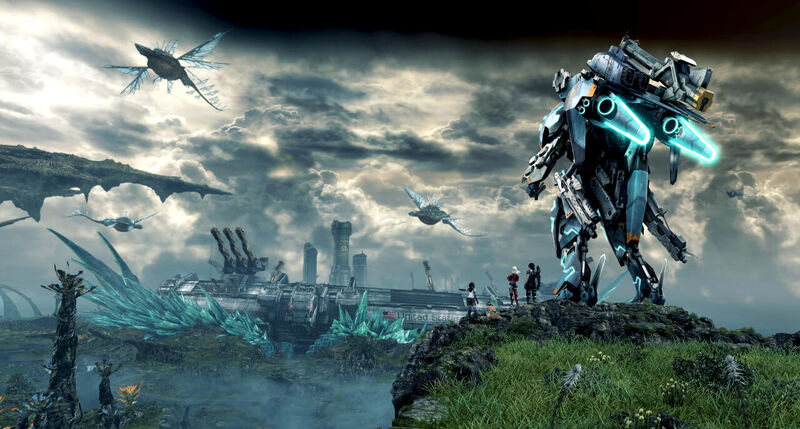 How Japanese and Western RPGs Are Different

Western role-playing games dominated 2015. Fallout 4 and The Witcher 3 won numerous “game of the year” awards, obliterating the competition and becoming must-play games. But they’re only the latest examples of the rise of Western RPGs from niche titles to best sellers. Studios like Bethesda (Fallout) and BioWare (Mass Effect, Dragon Age) have released some of the most talked about and adored franchises on the PC and console gaming market.

Japanese role-playing games have seen almost the opposite trend. Final Fantasy VII burst onto the scene in 1997 and became the second best-selling game on the PlayStation, captivating gamers with its storytelling and featuring cutscenes that were like nothing they had seen before. But nearly a decade later, a game like Xenoblade Chronicles X for the Wii U, which has a larger open world than Western RPGs such as Skyrim and took home great reviews, is lucky to reach sales of a few hundred thousand — not bad for a game on an unpopular console, but nowhere near what Fallout and The Witcher achieved.

So what are the differences between the two? Read on to find out.

The key part to any RPG has always been its storytelling component, and there tends to be a contrast between how the two styles of RPG tell their stories. Western RPGs often give the player a single, fully customizable avatar. This avatar will often end up meeting other characters along the way, who will join their crew and form bonds with them. Eventually, this team will progress through the main story (and many side quests).

Emphasis is often placed on choice: Do I help the Corrupt Empire of Doom bring order to the land but kill many innocent people, or do I help the Resistance of Good Guys free everyone from the Empire’s grasp but kill my friend in the process? Many games take this opportunity to blur the line between good and evil, so that what you’ve achieved genuinely makes you the good guy from your point of view, while others make a clear distinction, so that you know you’re being the bad guy or the good guy.

Japanese RPGs have typically taken a different approach. Rather than an avatar, the player is given a predefined main character — or a group of main characters — who joins a larger party of characters with relatively even importance. The story is a quest to save the world from an ultimate evil, as the player watches the party grow and guides them on their path to victory.

Though choices will in many cases still determine parts of the game, it’s usually a much more clear-cut ending with a focus on a cinematic experience. This cinematic focus often leads to a higher graphical quality than in Western RPGs, and less choice can in some cases lead to a deeper and more focused story.

This isn’t always clear-cut. If nothing else, JRPGs will often let you name your own character, and sometimes they allow you to choose the gender of your avatar, or even provide more customization options. JRPGs also often feature multiple endings. While Western RPGs will feature a story more based around the player’s avatar character than a group of party members, they often do still place importance on the characters accompanying the main character and give them their own side stories.

While world building and lore are equally emphasized in both Western RPGs and JRPGs, how those elements present themselves vary greatly depending on the style.

Western RPGs often follow a more clear format when creating fantasy and science fiction settings. There will normally be clear Lord of the Rings influences in the former, with species such as orcs, dragons and elves, while the latter will feature influences from classic science fiction such as Star Trek. The politics of these worlds tends to be very believable, the design of the enemies and races realistic, and the games in many cases attempt to immerse players in worlds that could actually exist.

Japanese RPGs don’t tend to follow any particular influence, aside from a general anime style, with fantasy settings that include all sorts of different races and factions. This leads to unique worlds that are much less grounded in reality. JRPG developers often focus on trying to create breathtaking, beautiful worlds with interesting backstories, rather than create realistic settings. In other cases, almost no emphasis is placed on backstory at all, with designers simply attempting to make the game world and its creature look as cool as possible. This is how you end up with things like an army of robots destroying medieval castles.

Both Western and Japanese RPGs eat up hours of gameplay, but difference is in how those hours are taken up.

In Western RPGs, there is often a plethora of side quests, each with a lengthy story component to them. Completing these side quests will earn the player rewards and build towards an overall goal of enriching the story told. In Japanese RPGs, there may not be lore behind side quests at all; what’s important is the rewards they unlock, as the player focuses on building their character up to take on the bigger monsters of the world. There’s also a much greater focus placed on level grinding in order to grow characters.

Combat systems vary very wildly between the two styles, but the major difference between the two is the scaling in power. While your level 1 self will be puny in both style of games with little armor and equipment, growing your character’s strengths is much more key to Japanese RPGs, and it’s often a viable tactic to gain powerful equipment early and grind for many hours to brute-force your way through the game. Japanese RPGs often use turn-based (Dragon Quest, Megami Tensei, Star Ocean), strategy/tactical turn-based (Fire Emblem, Disgaea, Final Fantasy Tactics) or action RPG (Monster Hunter, Dark Souls, Kingdom Hearts) approaches.

These differences are often due to cultural preferences, or due to the platform they’re developed for )which is also affected by cultural differences). This is why many Japanese role-playing games released in the West blur the lines between the two styles to create a broader appeal. However, it’s important to keep in mind that many games developed in one region have a cross appeal as they’re made in the style of the other. Western-made games like South Park: The Stick of Truth and Undertale are both very much in the style of Japanese RPGs, while Japanese-made Dark Souls plays very much like a Western RPG.

Western RPGs are almost always created with PCs first and foremost in mind. This is where they will often get the best performance and achieve the best visual fidelity. However, they will nonetheless be ported to home consoles most of the time. This is because PC gaming is a much bigger thing in the West. As the games are made on PC, they’re expected to be of AAA standard, with the expectation that gamers spend a lot of time playing them for long hours.

JRPGs, on the other hand, are designed around consoles — and more often than not portable consoles or mobile touchscreen devices. More Japanese gamers want to be able to play games on the train to work, and so developers have always jumped at the opportunity to make their game available on the go. This is often why the Nintendo 3DS and PlayStation Vita are colloquially referred to as “JRPG machines.” Being built around portable devices often leads to the gameplay being more grindy, designed to be played incrementally in short bursts. Home console RPGs simply attempt to deliver a grander experience, not necessarily in length, but in the cinematics, which is another reason why JRPGs often have a higher graphical quality.

Technobliterator
I've been gaming since playing Crash Bandicoot: Warped at 6 years old, and my favorite game of all time is now Metal Gear Solid 3, while my favorite series is Final Fantasy. I've also been wiki-ing since a long time, so you'll find me writing and coding throughout the site.