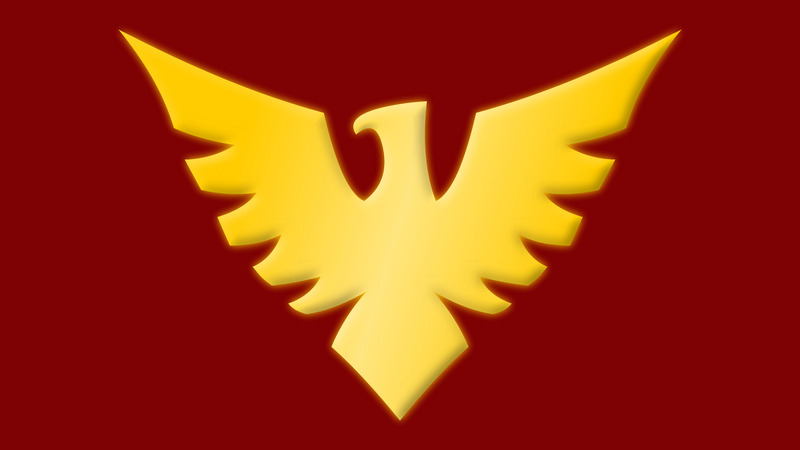 There was a time when death had some level of finality in comics. If Gwen Stacey or Bucky Barnes took a dirt nap, those major characters stayed dead and their friends never forgot their passing. But now dying is more like an extended vacation, with the promise that it’s only a matter of time before Blue Beetle or Nightcrawler will be among the living again. What changed? It all goes back to one of the most famous X-Men storylines ever.

The Death of Jean Grey

Before Jean Grey became the Phoenix, the death of a comic book character was a much riskier proposition. It was a tough choice to kill off a fan favorite, and the character’s absence had a real impact on an invested fan community. Today, the only comic character that reliably stays dead is good old Uncle Ben. (Sorry, Spidey.) Every character that’s been killed off in recent memory has gone out equipped with a ready-made secret escape hatch stitched into the fabric of the story. And it all started with Jean Grey.

In 1980, X-Men mastermind Chris Claremont launched The Phoenix Saga, one of the most iconic epics in X-Men comic history. It evolved into The Dark Phoenix Saga and culminated in the death of Jean Grey. Her death had come down as an editorial mandate from Editor-in-Chief Jim Shooter. Claremont’s original plan was to remove her ability to access the powers of the Phoenix Force, but Shooter felt that a slap on the wrist just wasn’t enough after watching the Dark Phoenix destroy an entire solar system, including a planet full of sentient life. In an era before the Internet, Grey’s execution caught the fan community completely by surprise, and many were furious. Chris Claremont even received death threats and letters labeling him a murderer.

Given little choice, the creative team accepted the fact that Jean Grey was an editorial casualty, and they found new ways to keep pushing the story forward. John Byrne, regular penciler for X-Men at the time and a great comic storyteller in his own right, actually had a t-shirt printed to wear to Chicago Con in 1980 that read, “SHE’S DEAD AND SHE’S GOING TO STAY DEAD.” And life moved on for the X-Men. They mourned Jean, Cyclops got married to a woman who looked suspiciously like Jean, and Marvel’s mutants went on with their lives.

Then, five years later, a new series reuniting the five original X-Men, called X-Factor, went into development. In a surprising reversal, the right story pitch by John Byrne had Shooter ordering Jean’s resurrection. The idea had come from then-fan (and future comic creator) Kurt Busiek at a comic convention who pitched it to then-Avengers writer Roger Stern in 1983. To get Jean Grey back into the realm of the living, it would be established that Phoenix had replaced Jean from the start, meaning that the Phoenix that committed atrocities and ultimately sacrificed herself was never her.

Claremont wasn’t exactly thrilled about Jean’s recovery from paying the ultimate price. Claremont was told to resurrect her on a Friday night and spent the entire weekend coming up with counterproposals. In his opinion, the resurrection of Jean Grey totally invalidated the last five years of comics that he’d written. Not only did it throw a big cosmic wrench into his storylines, it made it clear to the readers that nobody dies in comics and suspense is all a lie. Well, he wasn’t wrong, as these statistics prove.

After crossing the Rubicon with Jean Grey’s resurrection, modern fans can still be intensely affected by these characters and stories. The response to the most recent Captain America plot twist is all the evidence one needs. Contrast the vehemence of the reaction to the announcement that Captain America has been Hydra all along with the reaction to The Death of Captain America in 2007. People shrugged, wrote it off as a publicity stunt, and waited for the reversal. It’s pretty tough to argue with that viewpoint given the amount of publicity surrounding the event, not to mention the tie-ins. And sure enough, Captain America was alive again only two years later after a trapped consciousness incident and some body-snatching by the Red Skull. (That guy is all about some grave robbing, isn’t he?)

X-Men fans asked for years when Nightcrawler would be back, and, after a piratical stand-off with his dad Azazel in actual Heaven, Claremont himself took part in writing Nightcrawler’s resurrection. Even Thunderbird, the first X-Man to die, wasn’t left to rest in peace. Instead, he and several others were briefly brought back to life in a 2011 Chaos War tie-in.

Even more recently, Marvel saw The Death of Wolverine. Wolverine appears in so many different comic titles it’s parody-worthy, not to mention his ubiquitous cinematic success. Fans were skeptical that this would change anything. Comic resurrection has become so expected that Wolverine series writer, Paul Cornell, responded to fan criticism with a quote that only serves to illustrate the reality of death in comics: “Saying ‘I’ll bet he’ll be back within a week’ is to proudly affirm that you know Kermit is just a puppet.” While that specific Wolverine has yet to return, there are still at least two versions of Wolverine running around in their own titles: All-New Wolverine and Old Man Logan.

And that’s just Marvel. The Death of Superman also proved to the mainstream world that comic book deaths are temporary. Was death in comics destined to end up this way, or would things be different today if Jean Grey’s death and rebirth (and death and rebirth) hadn’t changed the game so dramatically? Phoenix was one of the biggest game changers. But, in a medium where characters pass through so many hands, it was inevitable given how long-form comic storytelling is. New writers move into long-standing titles with characters they’ve been dreaming of writing, some of them since they were children. What’s a little thing like death to get in the way of telling a great story? All they need is the right inter-dimensional portal, a convenient life model decoy, or a wormhole to an alternate universe to place that piece back on the Marvel Universe chessboard.

Naturally, this trend has bled straight into the Marvel Cinematic Universe. We’ve watched Uncle Ben die in reboots and flashbacks again and again, but there’s only been one superhero death that’s stuck… so far. Seriously who knows if the MCU Quicksilver will truly stay dead, and even if he does, Fox has a spare. On the other hand, there have been faked deaths, resurrections using Kree blood, time travel retcons, and a few instances where no on-camera explanation was even attempted. Seriously, how did Charles Xavier return between the events of X-Men: The Last Stand and X-Men: Days of Future Past?

These are the type of questions fans are left with thanks to Marvel knocking on heaven’s door to bring back Jean Grey. And once that Genie (or Jeanie) is out of the bottle, there’s no putting it back.