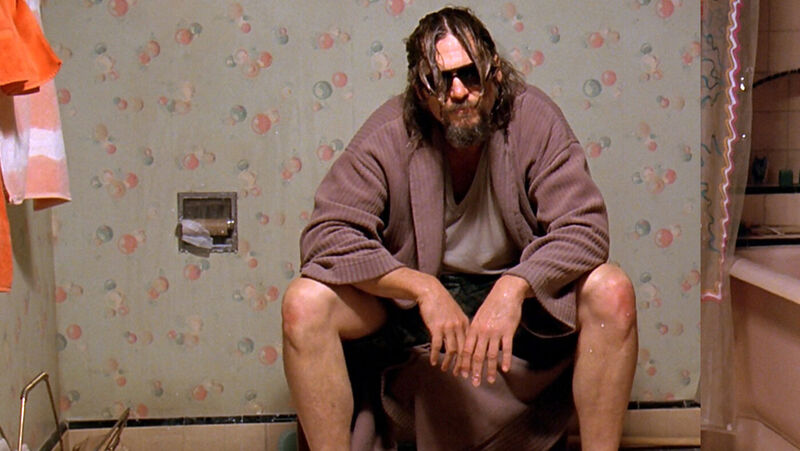 Jeff Dowd: The Man Behind The Dude in ‘The Big Lebowski’

You’ve probably seen the 1998 Coen Brothers film, The Big Lebowski, or have at least heard of it. Chances are you have a stoner friend, cousin, college roommate, or (insert slacker acquaintance here) that wears a “Dude Abides” shirt and spouts quotes from the movie whenever possible. Since its modest domestic release, the film has become a cult classic. But did you know that Jeff Bridges’ character, The Dude, was based on a real person?

While working on their first film, 1986 crime thriller Blood Simple, the Coen Brothers met Jeff Dowd, an independent film producer, political activist, and Santa Monica beach bum. Dowd’s quirky mannerisms, laid back attitude, and unique nickname caught the film duo’s attention. So much so that they wrote a movie inspired by his character. While the story itself is mostly fictional, Jeff Lebowski the character and Jeff Dowd the man have many similarities.

Jeff Dowd’s nickname was given to him in the sixth grade by a couple of friends, as a play on his last name.

One major similarity is that both the character and the man are called “The Dude.” In the movie, the nickname wasn’t really explained, but was implied to be based on the character’s laid-back attitude. In real life, however, Jeff Dowd’s nickname was given to him in the sixth grade by a couple of friends, as a play on his last name. Over the years, more than one person has re-gifted Dowd the same nickname, unaware of past precedence.

We learn more about Jeff Lebowski’s character in a scene where he’s lying in bed with Maude (played by Julianne Moore), and smoking a very tiny joint. He claims to have been part of the anti-Vietnam War activist group, the Seattle Seven. In real life, this is true. Jeff Dowd actually did do jail time with six other individuals for “conspiracy to destroy government property” and “crossing a state line to incite a riot” during a protest. Unfortunately, Jeff Dowd did not tour as a roadie with Metallica, though, as Jeff Lebowski claims to have done in this scene.

There are other parts of The Big Lebowski that are based on stories the Coen Brothers picked up over the years. For example, remember the rug that “really tied the room together?” It turns out there really was a rug of this ilk. It belonged to Peter Exeline, a script consultant and colleague of the Coen Brothers. While Walter Sobchak’s character (played by John Goodman) is said to have been partially based on Exeline, it was a rug in his living room that inspired The Dude’s famously peed-on rug. At a dinner party hosted by Exeline, he explained to the Coen Brothers that the rug had been left by his neighbors when they moved out, and that he had “appropriated [it] for [his] living room.” During the course of their conversation, Exeline got distracted on more than one occasion and remarked that the “rug really tied the room together.” Apparently, that line stuck with the Coen Brothers and made it into the movie.

So we’ve covered the rug, Jeff Dowd’s real life reputation, and how true events greatly inspired the movie. But, you may be asking, what about the White Russians? Does the real Dude like to drink White Russians? Well… sort of. According to a 2013 article in the Huffington Post, he went through a White Russian phase in the same way he went through a Tequila Sunrise, or Harvey Wallbanger phase. White Russians aren’t really his favorite, but he does drink them to please his fans. What can he say? The dude abides.

Lizlux
Liz Lee is an engineer at Fandom, and enjoys writing articles in her spare time.