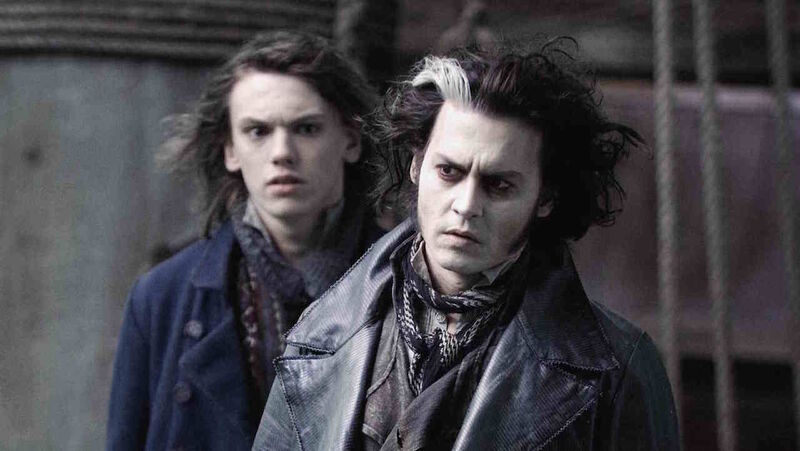 Who Is Johnny Depp Playing in the ‘Fantastic Beasts’ Sequel?

Johnny Depp has been cast in the planned sequel to Fantastic Beasts and Where to Find Them, it was reported on Tuesday by Deadline. Depp will star as an undisclosed character which we’ll reportedly catch a brief glimpse of in the first film in the series, out worldwide on November 18.

UPDATE: As these things tend to go, since this article was originally published the below speculation has indeed been confirmed.

The speculation has, of course, already begun about which character Depp might be playing in the next phase of J.K. Rowling’s Wizarding World saga. Why the mystery? Could he portray a recognizable character meant to provide a surprising connection between the worlds of

The speculation has, of course, already begun about which character Depp might be playing in the next phase of J.K. Rowling’s Wizarding World saga. Why the mystery? Could he portray a recognizable character meant to provide a surprising connection between the worlds of Fantastic Beasts and Harry Potter?

Gellert Grindelwald, once a friend to Albus Dumbledore who turned to evil, is one concrete possibility. Grindelwald was previously portrayed on screen, during flashback scenes in Harry Potter and the Deathly Hallows – Part 1, by actor Jamie Campbell Bower. Bower, it’s worth noting, appeared alongside Johnny Depp in Sweeney Todd: The Demon Barber of Fleet Street.

We know from the trailers for Beasts that the Grindelwald character is, at least, mentioned in the film. If Grindelwald does indeed turn up in this first film, don’t expect it to be a very large role — a cameo that could be added to the film at the last minute by visual effects artists, making such a late casting announcement plausible.

Depp next appears on screen in Disney’s Pirates of the Caribbean: Dead Men Tell No Tales, out next year. Warner Bros.’ Fantastic Beasts sequel is set for release in 2018.

Fantastic Beasts and Where to Find Them tells the story of Newt Scamander, a magizoologists who arrives in 1920s New York carrying a case full of magical creatures. The action begins as a “No-Maj” (the American term for a “Muggle”) accidentally releases the beasts in the city. This draws the attention of the Magical Congress of the United States, the American wizarding government, and their best agent is assigned to track down Newt and his beasts. The story is set against the backdrop of social and political upheaval — the Gellert Grindelwald attacks in Europe have wizards around the world on edge. Meanwhile, a radical group known as the Second Salemers is outing American wizards and publically calling for their eradication.

J.K. Rowling wrote the screenplay for Beasts, the first in a planned five-film series. And while the movie’s story seems fairly straightforward on the surface, Rowling has made it clear that there will be unexpected connections to the Harry Potter series. Depp’s character could factor in there, as could the undisclosed character being played by Zoe Kravits, who will also feature in an expanded role in the sequel. Rowling has also hinted that Ezra Miller’s character, Credence Barebone, is destined for significance in the Wizarding World.

We’ll have answers when Fantastic Beasts and Where to Find Them opens worldwide on November 18.