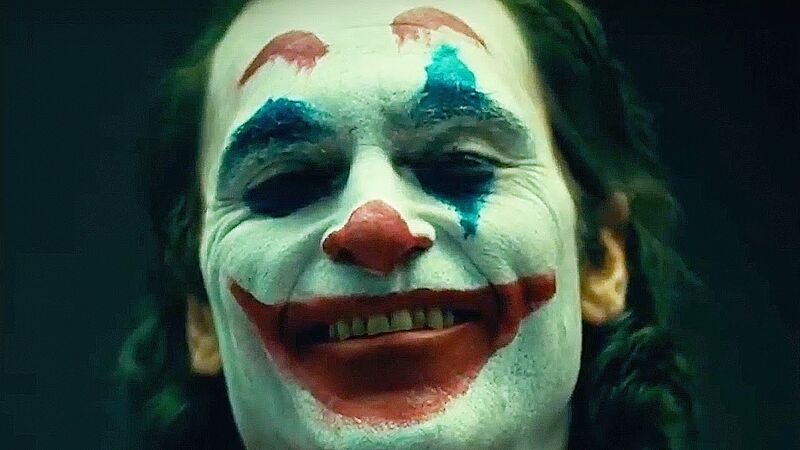 The Joker: Dos and Don’ts of Bringing the Iconic Batman Villain to the Screen

Seventy-eight years is a hell of a run for a character that was supposed to be limited to one appearance — in issue one of Batman in 1940, alongside Catwoman, no less — but all these years later and The Joker is still with us. Still causing mayhem for Batman. Still his greatest adversary. Still, to paraphrase the words of the great Alfred Pennyworth, ‘watching the world burn’.

Created by Bill Finger, Bob Kane or Jerry Robinson (or more likely, all of the above – as with all classic DC creations, there’s some argument about who exactly did what), next year sees the release of Joker, the first in a series of DC-based films separate from the DC Extended Universe, recently officially renamed Worlds of DC. This time, Joaquin Phoenix plays The Crown Prince Of Crime. You’ve probably seen the test footage doing the rounds, with Phoenix in clown make-up, set to the song “Laughing” by The Guess Who.

What better time then, to look at some classic screen Jokers – not an exhaustive list, but the principal depictions from cinema and television (apologies to the Joker from The Lego Batman Movie) — and advise Joaquin what he maybe should and shouldn’t do when putting the iconic face-paint on…

DO… Have Some Fun

He’s called The Joker for a reason. Played by Cuban-American actor Cesar Romero, The Joker of the 1960s’ live-action Batman TV series was camp, colourful, and due to Romero’s insistence on not shaving his moustache off and covering it up with stodgy white face paint instead, rather more hirsute than interpretations to come. The first ever live-action Joker, Cesar’s take was essentially a clown in a comedy. Executive producer William Dozier, who’d never read the comics before coming onboard, once described the show as the only situation comedy on the air at the time without a laugh track. Romero’s Joker’s mirth may have been mild, but the gleeful mania he brought to the role was an influence on all that followed. As Romero’s Joker was fond of saying, “A joke a day keeps the gloom away!”

DON’T… Get a Grill

It’s not completely fair to wade in on Jared Leto’s street-smart take on The Joker, the rotten garnish on a bad movie, which allegedly, is some distance from what Leto expected 2016’s Suicide Squad to be. Leto later said he’d felt “tricked into doing something that had been pitched to him very differently”.

Tattooed and emaciated, it’s a portrayal that’s been divisive. Leto describes his take as “nearly Shakespearian”. Other influences include Mexican cartel bosses, the avant-garde films of the creative polymath Alejandro Jodorowsky and, according to make-up artist Alessandro Bertolazzi, the 1928 silent romantic drama (viewed by many as a horror movie) The Man Who Laughs. David Bowie is another influence, whom Bertolazzi has described as “the best Joker ever”. It’s certainly an arresting take. Either way, everyone agrees the grill was too much, right?

DO… Steal the Show

Tim Burton’s 1989 screen version of Batman was quite unlike anything that had been seen at the time, and is arguably responsible for the superhero-movie mania that remains to this day. Key to the movie’s goth grandeur was the casting of Jack Nicolson as The Joker. Nicolson’s Joker got a new origin story – in Burton’s world, it was his pre-Joker self, the gangster Jack Napier, who pulled the trigger on Bruce Wayne’s parents – but the silliness of Romero’s take 21 years prior remained, only this time with a genuinely psychotic edge. Of course, Michael Keaton, excellent as the film’s lead, played the role of a straight Caped Crusader with stoic grit, amplifying the mania of Nicolson’s part. But while the movie was called Batman, it really could have been named after his arch nemesis, and nobody would have batted an eyelid (pun intended).

DON’T… Use the Force

Few expected great things when Mark Hamill came onboard as the voice of the Joker in 1992’s brilliant Batman: The Animated Series. You can’t blame them. Few would have expected the man who was Luke Skywalker, arguably the most wholesome character in all of genre movie-making, to be the voice that would define the animated Joker for years to come (and in video games, providing the voice for Mr J in 2009’s Arkham Asylum and 2011’s Arkham City).

Hamill exceeded all expectations, drawing upon Hannibal Lecter and the (really quite creepy) rock ‘n’ roll pioneer Jerry Lee Lewis for inspiration. He’s cited the influence of The Invisible Man actor Claude Rains as well as the comedian Jay Leno. There’s a bit of Noel Coward in there too. A little bit of Robin Williams at his most manic, even. If you were in any doubt at all about Hamill’s brilliance at nailing the part of a deranged maniac, YouTube the recording of him reading the tweets of Donald Trump in his Joker voice. Chilling stuff. In short, Joaquin needs to shrug off any previous roles he’s known for and take a whole new approach. Just like Hamill.

DO… Be In Sync With the Age

It’s hard to view Heath Ledger’s Joker independent of the real-world tragedy that befell him. Released six months after his tragic passing at the age of 28, there’s a poignancy to the Australian actor’s take on the character in Christopher Nolan’s second movie, The Dark Knight, that is all about circumstance. We are watching one of the greatest movie performances ever, a one-act deal, never to be repeated.

Not that Ledger’s version doesn’t define what the character means in 2018. It was certainly on the button in 2008, the year The Dark Knight first hit screens. The actor played the character as a terrorist, only interested in sadism, in making people hurt in ingenious ways. As Alfred says, “Some people just want to watch the world burn”. It was a performance that could only be conjured up by staring into the abyss… and laughing at it. Fittingly, Ledger posthumously won the Oscar for Best Supporting Actor in 2009 at the 81st Academy Awards, his daughter Matilda collecting his award onstage in his much-felt absence.