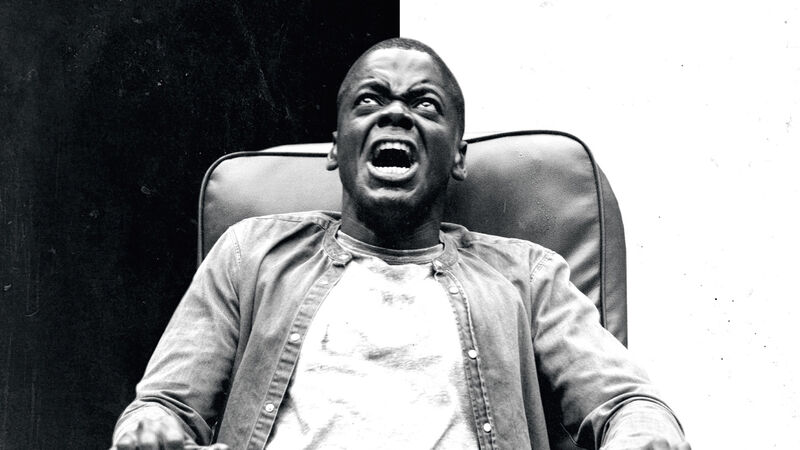 Get Out has received rave reviews and become a bona fide box office smash in the United States. The twisted tale of an African-American getting a lot more than he bargained for when meeting his girlfriend’s white parents, the film hits UK screens this Friday (March 17), and is set to do similarly big business.

We caught up with the film’s writer-director – Jordan Peele – earlier this week to discuss everything from the film’s title to the deer that features in the trailer but is missing from the film. And as it’s been on general release Stateside for a while, we also talk about the film’s ending, and whether or not Get Out could become a franchise.

So we’re kicking off spoiler-free, before heading into heavily sign-posted SPOILER-FILLED territory. You have been warned.

Get Out Was Nearly Called White

Peele says that he considered a whole bunch of titles before settling on Get Out. “I think the first working title was Get Out of the House,” he explains. “Which was just a longer sentence that one might scream at a typical horror movie. At some point, probably in the tradition of Scream and some of the pulpier horror movies from the 1960s and ’70s, I went with the exclamation point. Well, I didn’t go with the exclamation point, but that’s implied. At some point, I was toying around with horror titles that were a little bit more on the nose. So I was thinking about the title Keepers. And at one point I even thought about calling the movie White, but nothing ever beat Get Out.”

Candyman Was a Big Inspiration

The writer-director has cited both Rosemary’s Baby and The Stepford Wives as influences on Get Out. But the lack of African-Americans in horror movies was also a driving force: “It slowly dawned on me. I think the first time I really realised it was when Candyman came out and all of a sudden there was a black monster in a monster movie. And I remember that seeming so revolutionary. So different. The People Under the Stairs had a black protagonist, and movies like Gothika and Tales From the Crypt: Demon Knight. Aside from that handful there really were no others. That I could find.”

Get Out turns bingo, bocce and lacrosse – hardly horror staples – into sinister activities during the film. And it’s all down to fear of other cultures. “I think the unknown scares everybody,” Peele explains. “So the little bits that are in this movie that are about pieces of culture that maybe the African-American experience isn’t as familiar with as the White-American experience, you know? I peppered those throughout to first of all just be a little bit satirical. But also to try and bring out some of that fear of the unknown.”

Get Out‘s first, brilliant trailer briefly features Chris (Daniel Kaluuya) being attacked by a monstrous deer. The deer is nowhere to be seen in the film, however: “That was actually cut from the film before they made the trailer. You can probably figure out what it was – a piece of his own personal hell. But honestly, I didn’t like the way it came together. I had a brilliant puppeteer who made it beautifully, but I was sort of counting on doing some VFX enhancements and at some point, I had to decide if I was going to spend money to make it better or spend that money on something else.”

We’re going to talk about the film’s ending from here on in, so consider this your second, and final, SPOILER WARNING.

The Sunken Place is More Than Just a Mental State

“The Sunken Place represents a lot of things,” says Peele of the hypnotic state into which Chris is plunged. “But mostly marginalisation, and the paralysing effect of fear. Within the movie, it’s a mental state created under hypnosis, and it’s very much tailor-made for Chris with his personal set of fears and his traumatic incident. But it’s also a symbol for the marginalisation of black people in society and in industry as well. It’s not by accident that the sunken place represents a darkened theatre where for many years the loyal black horror fan-base had gone to watch horror movies which, as much as we yell at the screen for the characters to do the right thing, they never do. We don’t get that representation. So there’s a lot going on. I could go on and write a thesis on it.”

There Were Multiple Alternate Endings

Pretty much every film that Peele cites as an influence has a downbeat ending. And Get Out nearly followed suit. “There’s one alternate ending that’s going to be on the Blu-ray. And you’ll see that ending is not the upbeat one; the happy one. That option was created in a time where it felt like racism wasn’t being discussed in a way that it should be. Barack Obama was President. And there was this desire for us to be past the whole topic of race. So the original was meant to be more of a gut-punch. The version that I landed on I felt like we were at a point where we were ready for a hero. And an escape.”

Though when Peele elaborates, it sounds like the only ‘happy’ ending considered was the one that we got. “There were so many. Coming up with the outline I really thought about just about everything. Most of them ranged from dark ending to even darker ending to even darker ending. One, if you watch Rosemary’s Baby and The Stepford Wives, it was kind of in that world, so you can surmise where that one goes, where sort of inevitable horror prevails.”

Jason Blum – who produced the film via Blumhouse Films – loves a sequel. And with Get Out making a mint at the box office, we asked Peele if a follow-up was being discussed. “That’s a long conversation,” came the response. “I would never do a sequel without figuring out how to make it as good. Or better. Which might be hard. I’m a fan of what James Cameron does with sequels, where you get all the fun of the original, plus an entirely new element to the fun. So it’s not out of the question, but I’m definitely going to respect the response to the original, and not do a sequel just for a sequel’s sake.”

But what of Chris and Rod, who are making their escape when the film ends. If there’s no sequel, will they be OK? “That’s a good question. There’s a lot of unanswered questions. Is Rose really dead? Can someone save Andre? These are all the questions that people are asking me online [regarding a sequel]. I’d definitely look to satisfy people, if there were one…”

Get Out hits UK screens on March 17.