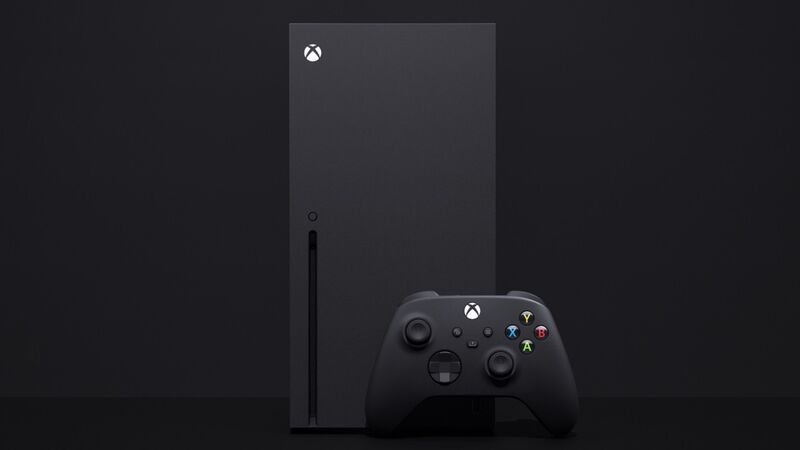 It’s been a long road since the first Xbox hit the shelves back in 2001 from Microsoft. Players have spent millions of hours exploring alien worlds, careening around racetracks and facing off against people across the world in huge multiplayer battles. And now that the game-changing Xbox Series X and Series S are here, it’s time to look at how the console has evolved over the years alongside some of the most iconic titles that it helped bring to life.

Microsoft’s first console was thought up by Seamus Blackley, Kevin Bachus, Ted Hase and Otto Berkes way back in 1998. They had no idea just how big of an impact their creation would have on the games industry. The team approached Bill Gates with their idea of a console built like one of the company’s PCs, explaining that it would run on Windows 2000. That definitely wouldn’t hold up some of the next-gen games arriving this year, but the Xbox’s arrival in 2001 was met with a wave of success. Although it might not have been such a hit if Microsoft stuck with the original title, DirectX Box. Luckily they dropped the ‘Direct’ and just stuck with the snappier title. Who knows how many players might’ve missed out on Bungie’s Halo: Combat Evolved if they stuck with the original name!

Halo arguably became one of the most famous video games of all time thanks to Combat Evolved, which kicked off a hugely successful franchise that continues on with each new version of the Xbox. The rich story in the campaign brought a fascinating universe to life with a bloody war between the human race and the Covenant. Throw in a terrifying parasite called the ‘Flood’ and Halo cemented itself as the high-bar for science-fiction storytelling in video games. And sure, it was fun blasting the Covenant in the face in single-player, but having a friend along for the ride in the split-screen campaign mode made the adventure even more thrilling. Alright, we just needed extra help against the Flood in the sixth mission, okay? 343 Guilty Spark pushed us to our limits.

Fast-forward to 2005, and the bulky console had been upgraded to a sleeker looking white model which had a bigger focus on becoming a multimedia hub as well as the next generation of gaming. Obviously one of the biggest exclusives it offered was the stunning Halo 3, but there could be hours discussing that one. However, it also ushered in some seriously addictive titles like Left 4 Dead (which absorbed hours of time I should’ve spent studying) as well as sprawling mystical adventures like Fable II. The 2008 follow-up to the groundbreaking 2004 game offered players a number of moral choices to make in its story as well as including plenty of *ahem* interesting options when it came to the character’s story, family life and relationships.

Ultimately the 360 was the stepping stone to bigger things for Microsoft, with later models giving players bigger hard drives and cloud storage. Obviously players could join up with friends online (and scream at each other down their headsets in Call of Duty) but the marketplace was also a place to buy new arcade games from smaller developers. They were a little more affordable and delivered different experiences to the typical AAA games.

The 360 also ushered in the Kinect during 2010, a motion sensing controller which allowed players to use their bodies and voices in gameplay. Yes, it might’ve been a glorified webcam, but it was pretty fun. Kinect Star Wars deserved more love, if you ask me. Being able to control a rampaging Rancor and smash up various famous Star Wars locations? 10/10, game of the year.

Ah the old Xbox 720. Or at least that’s what players around the world speculated that the 360 follow up would be called. And to be fair, there’s no arguing with the logic. When the Xbox One arrived in 2013 (or 2014 in some countries), it was the most powerful console Microsoft had produced and came with a Blu-ray player as well as the ability for players to live-stream straight to Twitch (and Mixer). And although it didn’t boast as many exclusive games as other consoles, the ones it did have were incredible. Take 2014’s Sunset Overdrive for example. The action-adventure was a genuinely thrilling and vibrant ride as players leapt into an open-world which delivered a fun vision of a dystopian future. While the more recent Gears 5 offered a brutally compelling storyline focusing on the mystery of Kait Diaz’s family as Marcus, JD and Del are reinstated in the army. And if that wasn’t enough, the multiplayer horde mode gave players distinct roles and objectives to do rather than just mowing down hundreds of the locust Horde. One of the best ways to play titles like the ones we just mentioned? The Game Pass.

The Game Pass was a welcome addition for fans when Microsoft introduced it in 2017. As well as allowing access to a wealthy library of classic games stretching all the way back to those that debuted on the original Xbox, one of the pass’s biggest selling points was that it also included some of the latest releases. I’m still pleased that I got to play The Outer Worlds without having to buy the whole game, to be honest. It’s affordability has made it incredibly popular and Microsoft revealed back in September that it has 15 million subscribers, which is pretty impressive. Forbes was spot on when it called the pass “Netflix for games”.

And so, we welcome the next generation of consoles into the Xbox family. The Xbox Series X and the Series S are the most powerful consoles produced by Microsoft (for now). The Series X offers up to 120 frames per second in it’s 4K display and is lightning fast. Microsoft has also added some impressive new features to the Series X and Series S, like Quick Resume. It lets players jump out of their game instantaneously, holding their specific place in a game while they watch Netflix, make food or if they just need a break from being killed for the millionth time in Assassin’s Creed Valhalla. Although maybe don’t try it in an online Call of Duty match, it’ll just pull you out of the game, and more importantly: ruin your kill/death ratio.

Thanks to the Game Pass and the affordability of the smaller disc-free Series S – it’s clear Microsoft is committed to supporting players as much as possible. The company has even shifted their approach to new releases. Certain games come with Smart Delivery, meaning that after they’ve been purchased, players will always have access to the most up-to-date version of that title. And this is just the start, it’ll be fascinating to see what other updates and changes come to the consoles in the next few years to enhance the incredible experiences the Series X and the Series S offer.