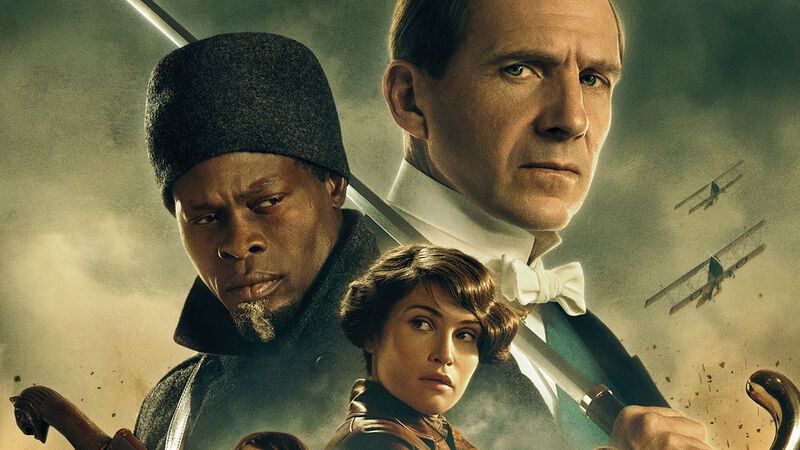 ‘The King’s Man’ Approach to Delivering a Satisfying Prequel

For two films, fans have enjoyed the exploits of Harry Hart and Eggsy, two members of Britain’s elite private spy organization, Kingsman. A new take on the British spy genre, adapted from the Dave Gibbons and Mark Millar comic book, Kingsman: The Secret Service and Kingsman: The Golden Circle followed the adventures of a group striving to save the world with the utmost sophistication.

Now, it’s time to step back in time and see where it all began. In February, 20th Century Fox will release The King’s Man, an origin story chronicling how the group got its start during World War I, and co-writer/director Matthew Vaughn and cast members Ralph Fiennes (“Duke of Oxford”), Harris Dickinson (“Conrad”), and Djimon Hounsou (“Shola”) gathered at New York Comic Con recently to discuss the upcoming film.

Before the cast was brought on stage, Vaughn treated fans to an exclusive scene from the movie. In the footage shown, the Duke takes his son, Conrad, to the Kingsman tailor shop for the first time. Whereas in the original Kingman film, Harry uses the visit to show Eggsy all the “cool toys” being a super spy entails, the Duke watches as Conrad has his first Kingsman suit fitted while having a heartfelt conversation about what it means to be brave and what it means to fight.

When comparing it to the scene from Kingsman: The Secret Service, it was much more intimate, and it makes sense. Harry wanted to show Eggsy what IS, while the Duke is talking to Conrad about what COULD be.

IGN’s Terri Schwartz, who served as moderator, started the panel by asking Vaughn, who has directed every film in the Kingsman series, what led him to approach the prequel as an epic period piece.

“I was watching a lot of [modern] Oscar movies, and I [realized I] never want to watch one of those movies again,” Vaughn replied. “There’s Oscar winners like Lawrence of Arabia you could watch over and over. Let’s go back in time and make one of those movies.” In fact, Vaughn kept with the Lawrence of Arabia inspiration when it came to the actual production, as he used the same camera lenses as that cinematic classic to film The King’s Man.

Vaughn also talked about how The King’s Man is an origin story for an organization we already know that could also deliver true surprises. “What I learned from [X-Men:] First Class was that when using characters who are known, it’s hard to have plot twists. With this movie set in World War I, there’s no real connection to the characters in the other films.”

Regarding the visual effects of the film, Vaughn said he tried to use practical effects as much as possible. “We tried to get as much on camera as we could. I like CGI, but it can be too much sometimes.”

Moving on to the cast, Hounsou discussed why this was a great way to tell a different kind of comic book story. “Because this is a period piece, [dealing with World War I], people looked at war heroes like superheroes.”

Fiennes and Dickinson noted that while Eggsy and Harry have a father-son type relationship, the Duke’s relationship with Conrad is literally that of a parent and child.

“A family tragedy gives the Duke a certain perspective about warfare. He’s more of a pacifist. He has differing views about combat than Conrad,” said Fiennes. Dickinson added, “Conrad is a little bit naïve. He’s trying to learn what it means to be a man when the measure of man, at the time, is showing your bravery.” Conrad feels it’s brave to fight, while the Duke tries to convince him not fighting is the more courageous choice.