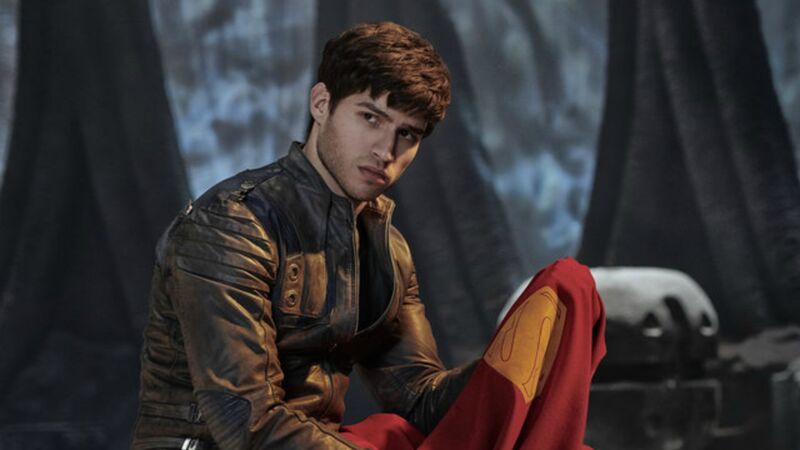 The new Superman-based show Krypton premieres August 19 on E4 (it premiered in March in the United States). After screening the first episode of the series, it’s clear that Krypton is going to be the most ambitious series DC Comics has yet to create.

DC’s current lineup features a lot of street-level heroes like Arrow, The Flash, and Black Lighting. These are characters who generally focus on keeping their cities and families safe. Supergirl has saved the planet a few times and even traveled off world, but the bulk of her show takes place on Earth. Krypton takes place entirely off Earth, hence the show’s name.

Krypton feels closer to Game of Thrones in tone and scope than any other current superhero show on television. Krypton’s cast, its filming location, even its focus on powerful families like the Zods, the Els, and the Vexs reminds FANDOM of Game of Thrones. Let’s take a look at why Krypton might just be SyFy’s new Game of Thrones.

Let’s start with Krypton’s leading man, Seg-El. Seg-El is Superman’s grandfather and is played by English actor Cameron Cuffe. Seg comes from the House of El, a house that, like the Starks in Winterfell, were once one of the great houses of Krypton. As fans will see in the pilot, the House of El loses it’s rank when someone in their family is killed — no spoilers but doesn’t that sound familiar?

However, much like the Starks, the El family is strong. As the house’s only son, Seg definitely takes on the Jon Snow persona. He is fiercely loyal, humble, and he is greatly respected by his peers. While not an orphan like Jon Snow, he is considered without a place in Kryptonian society, for reasons fans will see when the show premieres. He has to work twice as hard as other Kryptonians, much like Jon Snow, before he was King in the North.

The Great Houses of Krypton

The House of El is a perfect stand in for the Stark family. The House of Vex is like the Lannister Family. Nyssa-Vex, one of the show’s leading ladies, is like a young Cersei Lannister. When the show begins, she is unmarried, but by the end of the pilot she is betrothed and begins to set her ambitions on one day ruling Krypton.

The Zods and the Ems are part of the military classes on Krypton. Their fighting skills are akin to the Unsullied, but their family legacy more closely resembles the Baratheons and the Martells. These houses operate very similarly to the families on Game of Thrones, as each House has a sigil, a ruling leader and a place in society. Two of the sigils can be seen above: The House of El and the House of Zod.

In addition to sharing similar concepts in front of the camera, Krypton and Game of Thrones also similarities behind the camera. Both shows film in Belfast, Northern Ireland. This might explain why Krypton even feels like Game of Thrones, despite being set on another planet and not Westeros. The crews, the background cast, even some of the main cast feel like they belong on Game of Thrones and that’s probably because some of them have worked on the HBO show.

There’s also one actor who has appeared on both shows. Ian McElhinney played Barristan Selmy on Game of Thrones for almost five seasons. Barristan was a member of the King’s Guard and served Aerys Targaryen, Robert Baratheon, Joffrey Baratheon, and Daenerys Targaryen during his tenure. On the new SyFy series, McElhinney plays Val-El, Seg’s grandfather (pictured above).

Whether it’s the ruling Houses, the mostly-British cast, or the familiar filming locations, Krypton feels like Game of Thrones. Where HBO may have spent production money on castles or fleets of ships, SyFy, DC, and Warner Bros. are spending money on great halls, religious courts and fleets of space ships. The production quality is there, the casting, even the religious mythos (think Old Gods and New) — all of these elements make Krypton feel like GOT. The bigger question is, with every network clamoring to produce a show as successful as GOT, will Krypton do it?