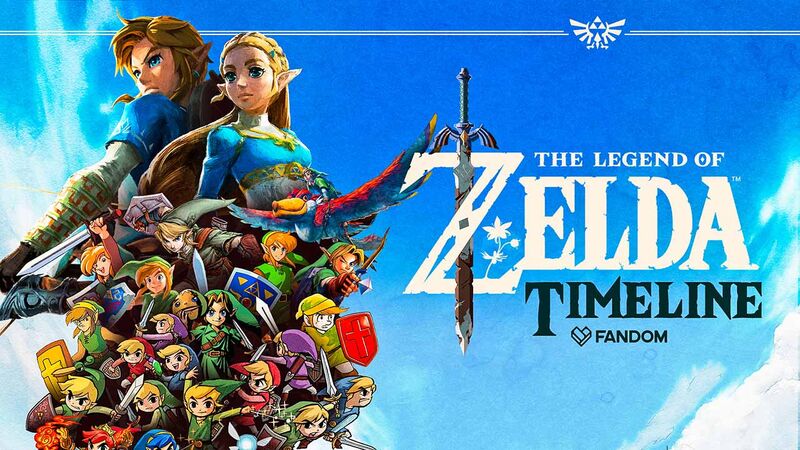 Heralded as the greatest game of all time, The Legend of Zelda: Ocarina of Time has now turned 20. Its influence on modern game design is still apparent in the latest blockbuster releases, and it’s credited with playing a major role in bringing gaming into 3D. But given its penchant for time travel, it also had the effect of splitting every Zelda game into one of three possible timelines.

Most recently we were treated to Breath of the Wild, and while people called it the best Zelda since Ocarina of Time, fans were scrambling to figure out which other Zelda games it was most connected to.

Fans had wondered for decades how exactly each Zelda game was connected, but it wasn’t until 2011 that Nintendo finally confirmed what many had suspected. Every mainline Legend of Zelda was connected in one way or another, though the official timeline also revealed that many classic games were split off into alternate histories thanks to the time travel plot of The Legend of Zelda: Ocarina of Time. It’s a bit of a mess, and one Nintendo isn’t always ready to explain more when asked about it.

That official timeline also causes issues every single time a new Zelda game is announced, as fans want to immediately place it somewhere in the above flow chart. Unfortunately for those in search of answers, most Zelda games reveal when they take place as part of the game. That was the case with Skyward Sword and it’s the same now that Breath of the Wild is out in stores. Slight spoilers, but the game doesn’t make it exactly clear where it takes place in the Zelda timeline. But there are more than enough hints to make some informed guesses about where Breath of the Wild fits in.

Breath of the Wild Takes Place After Twilight Princess

For starters, we can definitively say that Breath of the Wild takes place after Ocarina of Time. The confirmation is right there at the very start of the game. When you take a look at the field, you see the Temple of Time. It’s in ruins, but looks similar to how it appeared in Ocarina. There’s even rusty sword where the Master Sword once sat.

But it’s in a massive state of disrepair, meaning it’s many years after Ocarina. But does it take place in the Wind Waker or Twilight Princess branch of the very complex timeline? It’s easy to assume that Breath of the Wild comes after The Legend of Zelda: Wind Waker. With the very suspect appearance of a Korok in the game. The tiny woodland sprites were first introduced in Wind Waker, and they evolved from the Kokiri race of woodland elves. This is their first appearance since Wind Waker, so what’s going on?

And then there’s the fact that the old man in the opening looks A LOT like Wind Waker’s version of Hyrule’s lost king. A very strong clue to be sure, but don’t jump to conclusions just yet that this takes place in the Adult Link ending of Ocarina.

But don’t be so sure. The king of Hyrule could always grow up to look like that, as the look has stayed pretty consistent across timelines. Not only that, but tribes like Koroks and Ritu could also evolve and appear just as easily in the world post-Twilight Princess. But the biggest indicator comes in some late game (spoiler warning!) oblique references to Twilight beingin the past of this world. Not only that, but the degredation to Calamity Gannon would be easily explained by his many degrading resurrections in the Child Timeline.

We’ll keep searching for more concrete answers than that in the game’s MASSIVE world. Until then, be sure to check out our other great Zelda stuff, including our review!