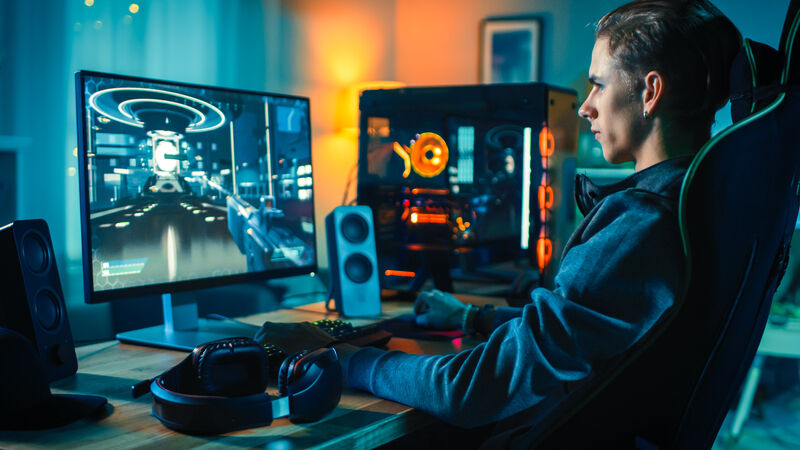 Why You Should Listen to Your Team When Gaming

One of the most popular gaming videos of all time – no, one of the most popular videos on the internet at all, ever – is the incredible destruction of a World of Warcraft raiding party as their carefully planned attack falls to pieces after one player takes it on himself to run in and take on the cavernous horde of creatures solo while screaming, of course, LEEEEEEROOOOOYYYY… JENKIIIINS!!

Whether it was staged or not, the video has over 17 million views and was one of the first truly viral internet phenomena. It’s also a prime example of how not to do it when you’re working together with your team in-game.

This article takes you through the best ways to interact with your team together to achieve success and how to stop individuals making silly mistakes that could cost you big time.

Like any good relationship, communication should be at the heart of your gaming strategy. Being able to let your teammates know where you are in the game, what you’re seeing/experiencing, and what you’re planning to do about the changing elements in the game is all crucial.

But communication isn’t a one-way street either. In order to communicate effectively, you need to be able to both give instruction and take instruction. Listening to other teammates when they are trying to warn you of something or telling you to pursue a different approach is equally important.

Everyone in your team should have their own skillset and range of abilities and it is up to all of you to figure out how to support each other in these. It’s crucial that you pick styles of approach that are going to effectively cover for the weaknesses of your teammates while also giving a broad range of options to the team to cover any eventuality.

Playing a new game obviously requires a fair bit of work to become familiar with it but working through character selections, strategies, and, depending on the game, weapons, will give you a fair idea of what works for you and what doesn’t.

Don’t Be a Hero

The ultimate teamwork-killer in any situation is one person deciding to go for glory all by themselves and leaving the team vulnerable while they themselves get slaughtered. There’s absolutely no need to be a hero in any high-risk situation when everyone else is counting on you. Taking unnecessary risks is only going to open yourself up to dangers that often aren’t worth it.

Even low-level risk-taking can have serious consequences when you’re in a high-pressure situation. When it’s time to roll in no one thinks the worst is going to happen until it does. You wouldn’t chance it if you actually thought you were going to get caught out but it’s so easily done. Generally, it’s hard to know the danger you’re in until it’s too late.

It’s always best to play it cautiously, listen to those around you, and know your limits and abilities when entering into high-risk environments.

This article is sponsored by the Road Safety Commission WA to get you thinking about drink driving. Drink driving is not a game. One silly decision could cost you everything. Your perception is off when you’ve had a few so don’t rely on your own judgement and always listen to your team when they’re telling you something important. A good teammate doesn’t let a fellow mate drink and drive. Drink-drive? Nah not worth it.