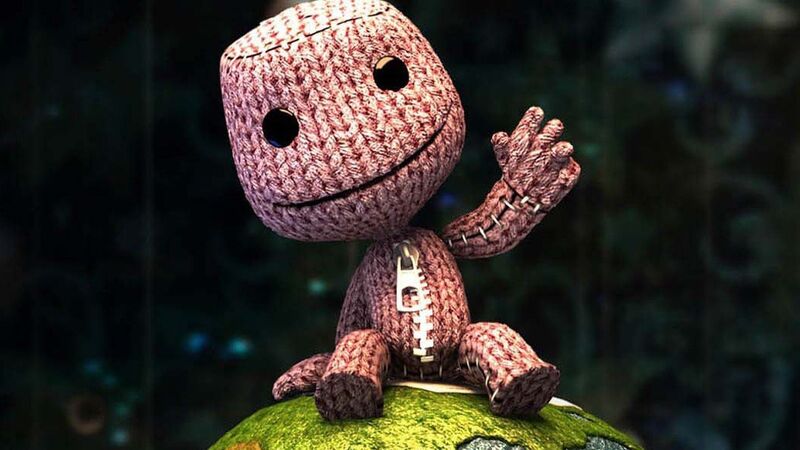 ‘LittleBigPlanet’ at 10: How Sony Kickstarted a Community-Led Content Revolution

It wasn’t the first game to allow and encourage it, and it’ll be far from the last, but when the history of user-generated content in videogames comes to be written (ideally from a great many different people, collaboratively, from all over the globe), there’s no question that LittleBigPlanet will demand its own chapter. Now ten-years-old, Media Molecule’s adorably stylized platform-puzzler-cum-games-designer-simulator was pivotal in ushering in the era of community-driven creativity we play within today. Yet it’s what comes next that may well prove to be Sackboy and co’s greatest legacy…

But before there was Sackboy, there was Mr. Yellowhead, and before there was LittleBigPlanet, there was Craftworld. Both were the result of a conversation between Media Molecule co-founders Mark Healey and Dave Smith after a visit to see Studio Ghibli classic Howl’s Moving Castle at the cinema in 2004. The pair discussed the idea of making a game with controls similar to one they had made prior, Rag Doll Kung Fu, a deliberately lo-fi martial arts simulator the pair had worked on when they were both employed by Peter Molyneux’s Lionhead Studios (though in their spare time, the title ultimately being published via Valve’s Steam Network in 2005).

THE MAKING OF MEDIA MOLECULE

This time they’d make a game for a console, specifically for the incoming seventh generation. It would be a 2D side-scrolling game, rooted in real-world physics. And at the heart of the game would be user-generated content. Shortly after the Lionhead exodus that led to the creation of Media Molecule in early 2006 (along with Healey and Smith, Media Molecule co-founders Alex Evans and Art Director Kareem Ettouney had left Lionhead too), the new company had cannily managed to secure a meeting with Phil Harrison, then-head of development at Sony Interactive Entertainment. In a weeks’ time.

Seven days to create a live prototype. They called it Craftworld. It’s protagonist, Mr. Yellowhead, would have arms controlled by the right analogue stick of a PlayStation 2 controller. His legs by the left. In pitching the game to Harrison, the team had deliberately left the user-generated content idea vague, for fear he’d find the idea ‘too weird’. Intrigued, Harrison asked them to develop it further. “We pitched much more of a platform game,” Alex Evans told Gamesindustry.biz at the time of LittleBigPlanet’s release, “the physics and so on, and Phil was very instrumental in telling us to think about what it would mean to have user-generated content – to think about what that means for the community.”

Phil Harrison gave Media Molecule – a company formed with the idea of helping users create at the very core of their being – six months of funding to further develop what user-generated content would realistically look like within their game. Then he asked them to come back and pitch once more. Suitably impressed, Harrison signed Media Molecule up in return for PlayStation exclusivity and ownership of the new IP. Harrison had big plans for the game that would turn out to be LittleBigPlanet. It would become a flagship PlayStation title. Mr. Yellowhead would have to go though. You can’t be launching a new console with a character called Mr. Yellowhead as the jaundiced face of it. In came Sackboy, though you could kit him out in a Mr. Yellowhead costume if you finished the last level in Story mode without losing a life.

Sackboy was, and probably still is, the closest Sony had come to creating a PlayStation icon that wasn’t an angry Spartan demigod. Even then you could kit him out in a Kratos skin if you really wanted to. Tom O’Connor, senior producer at Sony XDEV – the Liverpool-based division responsible for external development of the LittleBigPlanet franchise – agrees, telling Eurogamer in 2012 circa the release of spin-off title LittleBigPlanet Karting (there’s now been three core LBP games, two handheld titles, and, including ‘Karting’, four spin-offs), that, “Sackboy is fast becoming an iconic mascot for Sony”. You couldn’t move in branches of Forbidden Planet at the time for people lugging about itchy Sackboy plush toys.

“Sackboy evolved over time because we needed a key avatar,” continued O’Connor. “He was an avatar back then. It was more about a blank canvass on which to express your own personal style. That’s one of the reasons Sackboy doesn’t have a voice. That’s one of the reasons he hasn’t got this over-the-top personality. He’s a blank canvass to express yourself. People do that with customisation. You can animate him. But over time he has definitely become more of a character. People definitely see him as a character now.”

Mark Healey’s interest in user-generated content within videogames stems back to his work on Rag Doll Kung Fu, telling Gamasutra back in 2005 that he was excited about the skins players had created for the game, as well as the arenas players were creating for their characters to fight in. “If I can let the players make their own characters and sort of have their part in the game, that’s a real achievement to me,” Healey told the game developer focused website. “The fact they took the time gives me a real buzz. It just adds so much personality.” Fittingly, LittleBigPlanet launched with the tagline, ‘Play, Create, Share’.

Of course, for LittleBigPlanet to be successful, a significant amount of people would have to want to get into the guts of their games. Sure, there had been modding communities at work for decades, but would players within the mainstream gaming sphere want a videogame experience that was as much work as it was play? “The moment of truth came in 2008, when we ran a beta,” Media Molecule studio director Siobhan Reddy told the audience at her keynote BAFTA games lecture early last month. “There is only so much you can learn about a project without putting it into the hands of players. Especially one so driven by social features and community involvement.”

“We invited 75,000 people”, she continued. “These moments of watching people outside of the studio make and share was incredibly memorable, and I remember sitting in the boardroom waiting for the 30 mins we knew it would take players to play through the first theme, do a tutorial and make something, then we watched as the first level was published and all collectively sighed in relief. Over the course of LittleBigPlanet’s life so far, eleven million levels have been published onto the LBP community. Our gamble had worked…”

Yet it’s what happens next that may well define the impact Media Molecule and LittleBigPlanet has had on the landscape of user-generated content in videogames. Announced as far back as 2013 now, Dreams is the next title that Media Molecule hope will ‘reinvent creativity’. Again using the strap of ‘Play, Create, Share’, the title has been repeatedly delayed, and yet, at the same time, has never fallen off the ‘in development’ radar. “Dreams is our evolution of LittleBigPlanet,” continued Reddy. “But unlike LittleBigPlanet, where everything looks like LittleBigPlanet, Dreams can look like, anything.”

Reddy says, “At its heart, it is a game creation engine that brings all the disciplines into one space, so moving between them is a fluid experience. As you learn the basics of assembling or collaging a level, you’re learning the same skills you can carry into making music or VFX. You’re never waiting for something to render, everything plays on screen in real time so you learn as you go and play your creations as you make them. Everything is shareable too, each small element through to epic games, playlist, or stories.”

Ten years after the release of LittleBigPlanet, user-generated content is now mainstream within games. Whether you’re making your favourite wrestler in WWE 2k19 or recreating Resident Evil 2’s RCPD in Far Cry 5’s level creator, it’s expected within big titles now. An entire generation has grown up playing Minecraft. It’s just how things are. Even so, the creative opportunities presented by Dreams appear to be something else entirely. The Beta launches next month, with, allegedly, the full game to follow next year. It might be worth starting to think about what you want to make now.

“We are an ideas and imagination industry,” said Reddy, of the videogames market into which Dreams will arrive. “It’s an industry that is growing and one that has amazing opportunities and big challenges ahead. We can only do that if we remember that people are at the heart of this.”

And what can be more human than the ability to create?