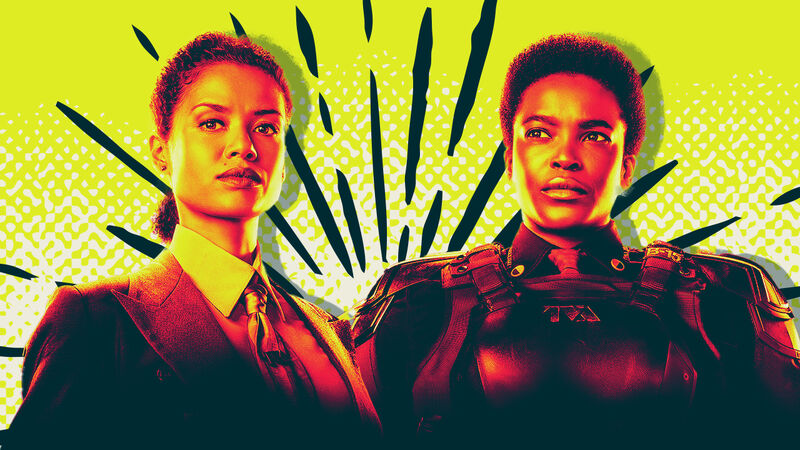 What it Was Like Creating ‘Loki’s Rules for Time Travel

As inevitable as Thanos himself, time travel was destined to make its way into the MCU. After all, it’s a staple of the Marvel Comics that this incredibly popular cinematic universe is based on, so it’s only natural to see the live-action versions of these characters deal with it.

Following the use of time travel in Avengers: Endgame, the new Disney+ series Loki is making it a central conceit, as a Variant of Loki (Tom Hiddleston) has been captured by the Time Variance Authority and tasked with hunting yet another version of himself throughout time. Of course, as the series has progressed, that situation has become complicated now that Loki has actually met this other Variant, Sylvie.

Beyond those specifics though, time travel itself is an especially complicated element to add to any story. Read on for what Loki’s creators, along with cast members Gugu Mbatha-Raw and Wunmi Mosaku, had to say about the show’s depiction of time travel and making sure they all had it straight in their heads.

FIGURING IT ALL OUT

When it came to figuring out the rules of time travel for their show, Loki head writer Michael Waldron told Fandom that he and his fellow writers spent, “A lot of time; so much time. That was probably our most important job at the top of the writers room, after we really laid the groundwork through the emotional arc of the story. We had to then get very granular about the time travel laws of this world and what does it constitute to break a time law. So that required drawing a lot of lines with squiggly other lines on whiteboards in the writers’ room and creating just an institutional knowledge to be shared among the writing staff.”

Waldron noted though that once they had figured out their rules, “Then the charge became, okay, how do we explain that to the audience in an entertaining way? And then [have them] put it to the side, so they never have to really think about it again, because the last thing you want is for people to be bogged down with the rules of all that stuff as they’re watching the show.”

Loki director Kate Herron recalled, “When I joined the show, it was helpful in a way because [Waldron and the other writers] were so in the weeds with it.” Waldron’s aforementioned squiggly lines came in handy, as Herron explained how he drew her “a line with the branches coming off it and it kind of clicked in my head for me. I was like, ‘Oh, we’ll just use that!’ I remember they were all like, ‘Oh, no, we can’t use that image.’ And I was like, ‘No, no, no, honestly, I’m coming in with fresh eyes and I understood it all with that drawing, so we have to use that drawing because that means the audience are gonna understand as well.”

Herron added, “Obviously, there’s been time travel in the MCU before, as we all know, and it was kind of building off that but also building within that the new rules for the TVA and how their rules work, because they’re outside of time. There’ve been a lot of conversations and I cannot tell you how many times I’ve drawn that drawing with the line to actors, to crew members, to myself. I think everyone on the team has notebooks just full of that drawing, but it works.”

THE TVA LEARNS
ABOUT THE TVA

Gugu Mbatha-Raw (“Ravonna Renslayer“) said she got immersed in the time travel rules of Loki‘s story very early in the process, recalling, “My first creative call about this was with Kate Herron and Kevin [Feige] and they really just pitched me, over about two hours on the phone, the whole show. So that was kind of an epic call to have, really. I was like ‘Oh my god, Time-Keepers? What!?’ It was a lot to hold in my head.”

Mbatha-Raw said she then was able to sort it out better, “When I got to see the scripts and see the imagery. It’s a whole world and what we’re doing with the show is a lot of worldbuilding. So there’s a lot of [new] vocabulary, even if I had been a Marvel expert. This is a whole new facet of the universe. There was a lot of new stuff to learn about but it was really exciting.”

Wunmi Mosaku (“Hunter B-15“) similarly felt that the cast were helped by the fact that the TVA and all its trappings were a new element of the MCU for everyone, both on the show and for fans as well. When it came to being told the rules of it all, she remarked, “It was very straightforward, in a way. They were very good at explaining this new world to us, because it is brand new. We had no preconceptions, no ideas of how this works, how the TVA works.”

The Loki crew of course are, as one expect with the MCU, tightlipped on what’s to come. Regarding how the rule-abiding Hunter B-15, feels about Loki so far and if he’s something of a worst nightmare scenario for her in her workplace, Mosaku said, “I don’t know about the worst nightmare, but we do not see eye to eye on many things. She’s a stickler for the rules and he is the God of Mischief…”

As for Ravonna, there is a ton of speculation about Mbatha-Raw’s character, given her comic book counterpart has major ties to Kang the Conqueror, the time traveling villain who will be seen in 2023’s Ant-Man and the Wasp: Quantumania, where he’ll be played by Jonathan Majors. In the comics, different versions of Ravonna have both rejected Kang’s attempts to woo her and embraced them and many wonder if something more nefarious could be going on with this Ravonna – all while the Time-Keepers and the TVA in general is coming under scrutiny as we learn more about them.

Following the third episode, we now know that the TVA staff is made up not of people created by the Time-Keepers, but rather mindwiped Variants. So beyond that, could what we’re being told about the timeline itself and how it all works also be false? On Fandom’s MCU wiki, many wondered about this, with @BEJT saying, “I believe there to be some lying by either Ravonna, the Time Keepers, or the TVA,” while MJLogan95 wrote, “I don’t take the TVA at their word.”

While she obviously couldn’t give any yes or no answers when it came to potential revelations about her character’s allegiance or truthfulness, nor the TVA in general, when it came to potentially seeing her version of Ravonna meet Kang at some point, Mbatha-Raw said, “It would be cool! I don’t know. There are lots of rumors swirling around and obviously there are the comics and the history of the characters. Certainly where we’re at in Loki is a bit more of an origin story for my character. So we’ll see. There’s definitely a lot of potential there…”