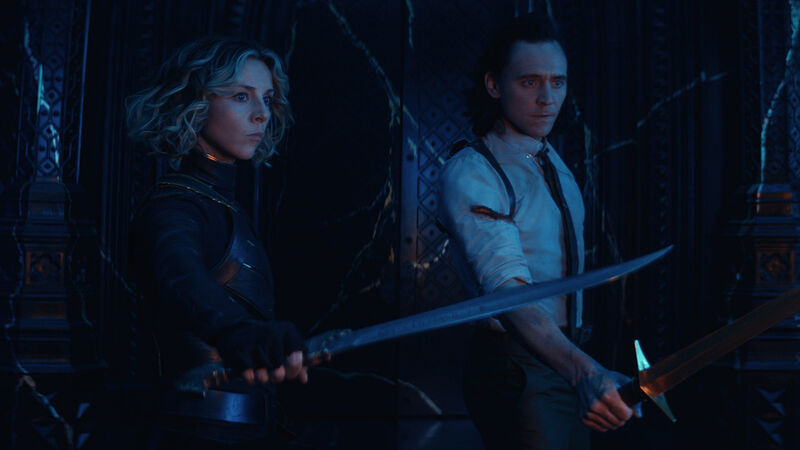 Loki has come to an end – for now at least, as it was confirmed that the show will return for Season 2. And while that is certainly happy news, sadly, for fans of the show, Kate Herron, who directed all of Season 1, won’t be back for the second season. Herron recently explained to Uproxx that there were discussions about her returning, but ultimately, she felt, “I’ve done my part” and “It’s a massive undertaking because we ran it like a six-hour film and I just gave it everything.”

There certainly was a ton included in Loki’s first season, which found the popular title character — or a variant of him at the least — jumping through time and across worlds, and coming face to face with an eclectic group of characters, many other variants included, along the way.

Herron spoke to Fandom about the Season 1 finale — which set the stage for Kang the Conqueror by bringing Jonathan Majors (who will be playing that Marvel villain in Ant-Man and the Wasp: Quantumania) into the MCU in a big way — plus Loki and Sylvie’s brewing romance, a certain cameo, Easter eggs, and the audience response to the characters on the show.

FROM LIMITED SERIES TO SEASON FINALE

Herron noted that “the spine of the show” was in place when she signed onto Loki, including the idea that by the end, “They would meet He Who Remains at the Citadel and that the multiverse would be released,” referencing our introduction to Majors as the true force behind the TVA and the fallout from Sylvie’s decision to kill that character – even as doing so would unleash both more of his dangerous variants and an entire multiverse that will clearly be a key issue in Doctor Strange in the Multiverse of Madness (not to mention Spider-Man: No Way Home if rumors are true).

Beyond that, Herron had mentioned that the decision to have Loki return for a second season was made rather late in the game, but noted she didn’t feel it had a huge impact on how they crafted the finale, explaining to Fandom, “We were always just trying to make the best version of the story that we set out to tell. I think the biggest thing that we added when we found out about Season 2 was the very last moment of episode six, where Loki is in the alternate TVA and he sees the statue [of Kang]. That was added later. But the rest of it was just about honing in and telling the best story for the main arc of the show. That was our approach.”

Herron said she was excited the show would be getting a Season 2, remarking, “We knew we were always going to be leaving questions but it’s great that obviously now they’ll be answered in a future season and not sort of hoping they’d be answered in some other ways.”

She added that one other thing that changed about the finale was, “Originally, there was a big action sequence at the very beginning. But then when we were shut down during COVID, and I was [spending my time] cutting episode one.” The first episode of the show mainly focuses on important conversations between Loki (Tom Hiddleston) and Mobius (Owen Wilson) and Herron said that as they edited that episode, the consensus became, “‘Oh, wow, this is just so riveting, just seeing these two guys chatting in this room.’ And so it gave us confidence with episode six to go, ‘Actually, let’s take out the big [action] sequence.’”

One of the core dynamics on the series was of course the relationship between Loki and Sylvie (Sophia Di Martino), the female Loki Variant who went from foe to friend to… something more?

Having a potential romance between Loki and a variant of himself was one of the many wild plot points in the series, and a bit divisive among the fanbase. It was certainly weird, to be sure, but was it creepy? Opinions varied (personally, I’m firmly on the ‘Weird in an Entertaining, Not Creepy’ side).

For her part, Herron said, “I thought it was just such an interesting idea, because for me, I saw it as more like self love. Loki is a very broken character when we first meet him in episode one. And it’s almost like that’s the best thing, right, when you fall in love with someone, is that they kind of help you see the good within yourself. It just happens to be that he’s falling in love with a version of himself. The key, and interesting thing for me, with that was it’s fun and, yeah, there is a weirdness to it but Mobius calls that out in episode four. It’s unusual but it’s Loki! Of course it is.”

Herron added that she felt ultimately, “They aren’t the same person. She says, even at the end, ‘I’m not you,’ when she pushes him through the door. I always kind of thought that our variants… they aren’t necessarily the same beings. She’s had a completely different life than him. So I think that was kind of all the fun of it and also just the central question of the show – what makes a Loki a Loki?”

In the show’s fourth episode, Loki is re-captured by the TVA and put into a time loop reliving a moment with his fellow Asgardian, Sif, that occurred long ago – in what stood out as the first time we’d seen Jaimie Alexander as Sif since 2013’s Thor: The Dark World.

When it came to that surprise guest appearance, Herron said, “That got added just before we went into filming. Michael [Waldron] added it, and that was one of the ones that we were like, ‘Oh, this is so cool but will they let us? Can we get Jaimie?’ And they made it happen. So we were just like, ‘Excellent!” That was so exciting. It was really fun to just work with her and great because we so rarely go to Asgard in the show as well. So it was really nice to get a cameo in there from someone that we know very well from Asgard.”

EASTER EGGS ALONG THE WAY

In the midst of the Season 1 finale, we see Hunter B-15 (Wunmi Mosaku) purposely lead fellow TVA agents to the office of high school principal Rebecca Tourminet , presumably to reveal that Ravonna Renslayer (Gugu Mbatha-Raw) – and indeed all of the TVA – are variants. We don’t see any follow-up from that in the finale, and Herron stated, “I would say it’s a question to be answered for the future.” She added, “But if people look, there’s an Easter egg on the wall of her office that I don’t think I’ve ever seen anyone speak about yet…”

On the subject of Easter eggs in general and how they would end up in the show, Herron explained there were many different ways. “For example, the writers were really obsessed with drinks that didn’t exist anymore. And so that made its way into what Mobius drinks in the TVA. Dan Deleeuw — who is effects royalty at Marvel and across a lot of projects — I was so lucky to work with him, and he pitched so many things to go into the Void in episode five. Some things came from Kevin Wright, my producer. Honestly, it was all different stages. There were some things in the writing. There were some things where [Production Designer] Kasra Farahani would be like, ‘Oh, I had an artist add this. What do you think?’”

Herron stressed, “The amazing thing with Marvel is that it’s always ‘the best idea wins.’ It’s a very collaborative atmosphere. Everyone working on the shows, we all love the movies and the comics, so I think it was really just if the Easter egg works, then we could make it fit in there. Across every stage of production, there’s always the thought of adding stuff and hiding things for fans because that’s kind of the fun treasure hunt of watching a Marvel project.”

From Mobius to Sylvie to the amazing Alligator Loki, Loki provided several crowd pleasing characters throughout the season who quickly amassed their own followings. Asked if she expected they’d be received so well, Herron replied, “All the characters, it’s just so fun seeing people’s reactions to them and just seeing which characters connect with which people.” She added, with a laugh, “I think we all had an inkling that the alligator was probably going to be quite enjoyed by people. I also love those little Void turkeys. They’re called Narvas, because Kasra pitched the idea of them, so we named them after his daughter, Narva. I love those little creatures.”

“All the variant Lokis have had so much love,” Herron observed. “Classic Loki, Boastful Loki, Kid Loki. It’s just been really great seeing who connects with people. I love B-15 and I love Renslayer and Mobius and everyone at the TVA – Casey too! I think everyone’s got different favorites across the show. It’s just been really fun seeing the response.”