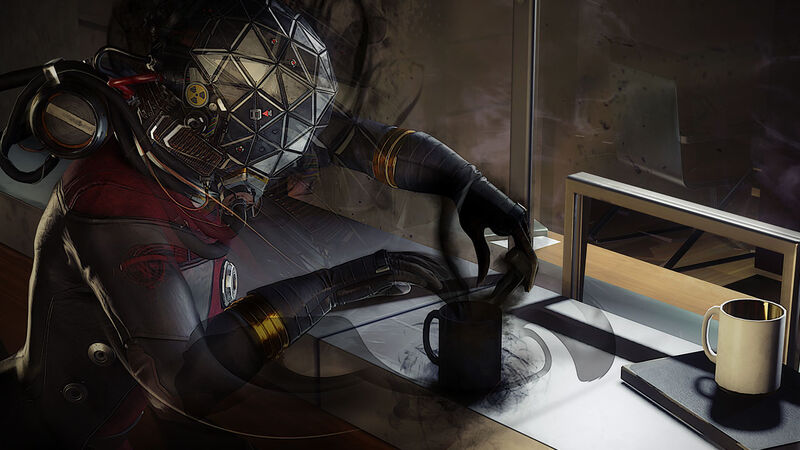 If You Love These 5 Great Games, You Should Check Out ‘Prey’

It’s already been a massive year for gaming, with titles like Legend of Zelda: Breath of the Wild, Horizon Zero Dawn and Mass Effect: Andromeda dominating consoles worldwide. But there’s another huge game that might take over your life, and that’s Prey.

You play as Morgan Yu (who can either be male or female) who’s left on the moon-orbiting space station Talos I, where research has been carried out on the hostile alien race Typhon. As you explore and uncover the secrets of Talos I, you’ll gain new abilities and weapons to help you fight off the Typhon.

This new Prey actually takes inspiration from some of the most revered shooters of all time. If you love any of these games, you should check out Prey this May:

Arkane wanted its own Prey game to be a standalone title. But it also had big plans for it to be a spiritual successor to System Shock 2, the sci-fi/horror RPG title released in 1999.

There’s System Shock 2 DNA seeping straight out of Prey, from the very first moment you start playing. Tone-wise, paranoia and suspicion are crucial and will no doubt fuel the actions you’ll carry out in Prey, just as they did in System Shock 2. After all, within the first hour of the game, you’re wondering who you can trust on the Talos 1 – including yourself.

Anyone with a penchant for that kind of storytelling will be more than at home with Prey.

As everyone else waits for Half-Life 3, the sensible folk will see that Prey is actually a (probably unintentional) spiritual successor to Half-Life 2 as well. Gordon Freeman and co. may be gone, but Yu is a very worthy successor. Whether it’s the mute hero in a jumpsuit, the fact you start out your adventure with just a wrench/crowbar to your name or end up with some awesome alien powers and experimental weapons, there’s plenty of Half-Life in Prey.

You’ll particularly love the fact that the Typhon aliens have distinct personalities, like the headcrab or the bullsquid from Xen race of the Half-Life games.

Like BioShock and System Shock 2 before it, Prey is very much a game about trust. Who can you believe on board Talos 1? Is the answer really no-one at all, not even yourself? Perhaps.

Prey has the BioShock flair for pacing and tension, and not just when it comes to walking into a room and not knowing which of the inanimate objects are actually Mimic aliens in disguise. The constant sense of apprehension and creepy tension is present throughout those opening hours of Prey and keeps you feeling on edge, just as BioShock did when it first arrived.

No surprises here really, as Dishonored 2 is born of the same developer, Arkane Studios, as Prey. But there are more than a few similarities between the two games, particularly in the gameplay. Dishonored 2‘s gameplay is all about having the freedom to play the way you want, blending non-lethal stealth options with more aggressive combat techniques for free-flowing gameplay. And the same can be said for Prey.

Neuromods allow you to specialise your Yu and can strengthen your preferred playstyle with different skills and abilities, meaning you’re always in control of how you want to tackle a situation – just as you are in Dishonored 2.

If you love that kind of gameplay freedom, you’ll likely enjoy the options on offer in Prey.

Like Dead Space, much of Prey’s combat comes from experimental weaponry or at least repurposed tools instead of the more straightforward arsenals of FPS titles. Transtar, the company Yu works for, is a high-tech company where weapons aren’t just lying about in case of an alien uprising, so it’s up to Yu to discover how to use what’s at hand.

Creativity is key to survival here and thanks to the crafting system in Prey, your improved weapons can have a far more devastating effect than your average bullet. The same was a key selling point from Dead Space 2, where severing limbs was more important than simply blowing holes in the Necromorph aliens. Anyone looking to channel their inner Isaac Clarke might wnat to try on Morgan Yu’s spacesuit next.