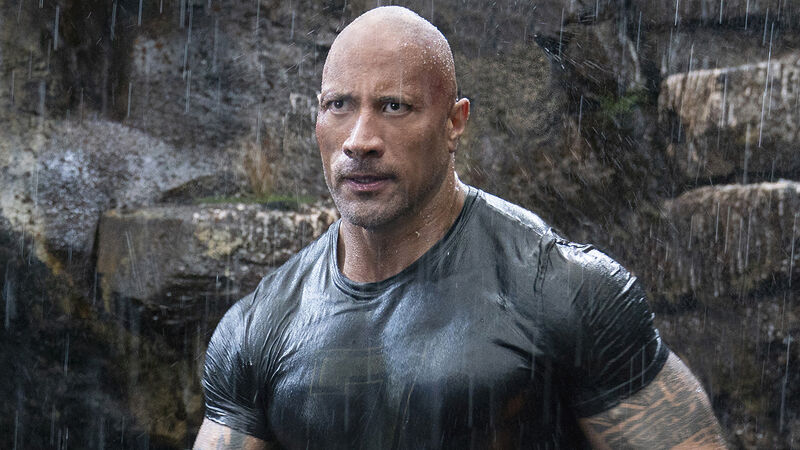 Luke Hobbs’ Guide to Opening a Can of Whoop Ass

When you’ve got a bunch of high-octane hot shots running roughshod all over town, stealing everything from luxury cars to world-threatening microchips, you’ve gotta call in the One Cat Cavalry. Yup, the most undiplomatic member of the Diplomatic Security Service ever, Luke Hobbs. The Bro-It-Alone Butt-Kicker himself.

After four films in the Fast & Furious saga, and his now his own spinoff movie — Fast & Furious Presents: Hobbs & Shaw — Dwayne Johnson’s gargantuan grouch, and soldier supreme, is always everyone’s first choice to lead the charge against evil threats and vile plots.

Firstly, when you arrive in a new country to track down some knuckleheads in fast rides, make sure you’re as slick as possible. Being wet all the time just make it harder for other people to grab you so just train your glands to give you a 24/7 sheen. One that really bounces light off your biceps. This all backed up by hard science.

When you’re going toe-to-toe with a bruiser like Dominic Toretto, you best bring your slay game. And the includes a rebound flurry featuring a kip-up, a Superman Punch, and then a German Suplex through a window. Trust me, no one’s getting up after that… Wait. Hang on, Dom’s getting up…

We asked Fandom’s Fast and Furious Community what some of their favorite Hobbs moments were and Luke vs. Dom was definitely a must-include. “Hobbs and Toretto Destroy a Warehouse in Fast Five” was one of Zaanees’ picks.

Being the most feared and respected tracker in the DSS means that you can waltz into any country and bark orders at every chuckebutt who tries to give you bureaucratic static. Also, if you start smelling a rat, like a local cop who’s on the take, you can politely shake his hand and then slowly squeeze it until his fingers become melted popsicles.

Hobbs is bad enough out in the wild, much less when he’s got some poor lowlife locked in a room. Even in this “lawful” setting, an interrogation room, Luke decides to let loose and swing this dude around like a sack of sponges. Is it legal? Well it’s certainly not not illegal. And that’s good enough for us. As long as the crook spills his guts, Hobbs won’t have to punt him into the sun.

Sometimes the strongest thing you can do is accept help from others. Especially when that help is Dom lifting up a bad guy so you can leap and clothesline the guy into oblivion. A double-team movie reminiscent of the legendary wrestling duo, The Hart Foundation. Now what would Hobbs and Toretto’s tag team name be? We’re going with Family Matters.

Hobbs would land The Rock’s signature wrestling finisher on international rogue Deckard Shaw during their meet-cute brawl following Hobbs finding Shaw casually sitting at his DSS desk and going through his browser history. A violation that clearly called for a Rock Bottom through a glass table. Granted, Shaw still got up and nearly killed Hobbs with a grenade, but the point was made. Hobbs hates glass tables.

There’s no better way to bond with your daughter than to rise up out of your hospital bed, after being nearly killed in an explosion, flex the cast off your broken arm, strap on tactical gear, pop a few painkillers and tell her that it’s time for you to head outside and go to war with killer drones. She understands. She wrote that whole report about you for school called “Daddy Demolishes Stuff For Work (And Fun).”

The “war dance at his daughter’s soccer game,” was a pointed pick from Valyrian Wildfire.

Yes, just because Hobbs occasionally takes some well-earned time off from planting his boot in evil’s ass doesn’t mean he doesn’t feel the need – nay! – the responsibility to train the next generation of warriors. Even if those recruits are his daughter’s soccer team, the remorseless Red Dragons. After their opposing team witnesses the Samoan Siva Tau war dance, victory is all but assured. (At least we assume so. We don’t actually get confirmation the Red Dragons won!)

If you’re Luke Hobbs, then clearly your skin is tough enough to withstand rubber bullets. So in the midst of a full-scale prison riot, just go ahead and use that otherworldly endurance to headbutt a guard in full riot gear, into his helmet, knocking him out. You? You’ll feel nothing but a warm glaze wash over you, signaling a butt properly kicked.

MechQueste agreed, pointing to “[Luke] and Deckard Shaw breaking out of prison” as a favorite, adding, “That was a real ‘bro’ moment.”