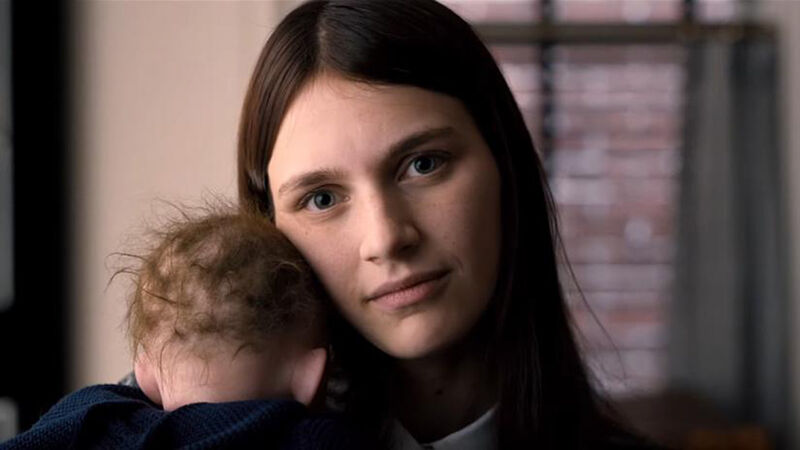 With so many content providers – and even more content – vying for our attention via streaming services and more, could a trend for shorter-length episodes be emerging? In recent years, episodes within some popular series have seemingly been getting longer and longer. The final season of Game of Thrones, for instance, saw four of its six episodes running for around the 80-minute mark. And yet its final season was the most criticised of all.

By contrast, Star Wars series The Mandalorian – the flagship show launched for new streaming service Disney+ – is made up of episodes each hitting the 30-minute mark. And fans are finding it refreshing, with a generally good reception for the series, and record-breaking viewing figures. That might have something to do with a certain Baby Yoda, but still.

Shyamalan – more used to making original movies for the big screen – turns producer/director on Servant, and explains why he made the choice to keep episodes comparatively short.

“I don’t know about The Mandalorian but for us it was twofold,” he tells Fandom. “One is … that I can only give you a certain amount of content at the highest level. If it’s too much I just can’t deliver. Go back and re-shoot, and work on the screenplay, and get the performances right, and have the score done four times — whatever it is that needs to be done, I can’t do that with that much material. So, ten half-hours, I think I can deliver that. It’s a huge challenge in and of itself but I think we can deliver that.”

For the Sixth Sense director, then, keeping the episodes to 30 minutes is a quality control issue. Which makes complete sense in a saturated market. Plus, episodes are taut, tense and feel just about as long as they need to be in order to tell the story that’s unfolding across the season’s ten chilling episodes.

“The other thing is…” he says, “it’s all done in one location — so that combination, that it was in one location and 30 minutes, makes that equation doable for me. I can deliver the quality level that we need. I just don’t think the math works [otherwise]. And when you look at the 500 shows that are made every year, how many can sustain that? Almost none of them.”

That’s quite a claim – but one that’s arguably backed up by declining viewing figures and mounting critical reactions to many long-running shows.

“I think we all feel when we watch a TV show we can sense it kind of get loose,” he says. “And you start to go, ‘Oh I don’t think they know where they’re going’. By the nature of TV shows, because most TV shows are very open-ended, you just keep making up stuff and then ultimately you’ve trapped yourself so much you couldn’t possibly end it. And so it ends up becoming this thing where it just fades away. The TV show and the interest in the TV show just fades away. And that’s how almost all TV shows end.”

You could certainly name a bunch of series that fit this description, though Shyamalan doesn’t. He does, however, namecheck some shows that got the formula right.

“When you think of the great shows like The Sopranos or Breaking Bad or The Wire, there’s a great strength and they’re being held by the storytellers all the way through. We aspire to that.”

The plan for Servant, says Shyamalan, is “to tell a continuation of one story through the whole piece.”

He says, “This format is very challenging for people and I can see why. There’s so much content and it’s over a long period of time but you have to do it very fast. At the end of the day, you know you’re making a lot of minutes of storytelling. And it’s hard to be straight and really go to an endpoint. I’m hoping that audiences feel that momentum that we know where we’re going and you’ll be excited to get there.”

So with that in mind, and the news that a second season of Servant has already been greenlit, how long can we expect the Apple TV+ series to run?

“We definitely know our second season and I know where we’re going at the end, and so I know what the hypothetical sixth season would be, or whatever [whenever] that last episode is,” says Shyamalan. “So where are we in the story at the end of Season 2? That’s the mapping out of it. Let’s pretend it’s six seasons.”

For a director used to creative control over his output – he writes and directs the vast majority of his work – the opportunity to be involved with Servant was a big departure for him. Not only because of its long-form TV format, but also because it’s a property he hasn’t written, and on which he’s had minimal directing duties (he’s helmed two episodes). The same was true of short-lived supernatural drama, Wayward Pines, of course.

Doing it, however, has given Shyamalan a new way of looking at things.

“Knowing it’s a long-form story that we’re going to tell – let’s say, for example, 60 episodes — that’s a lot of creative runway for me to be able to say, ‘How about this and how about that?’”

He continues, “Because I’m not the one putting the words of the page, I can say, ‘Hey, try this and try that; how about this structure?’ I get a tiny bit of distance, [so] that I can then evaluate it with some clarity. It’s been a really good process for me and we’ll see how it affects this next thing I’m writing for myself, the next movie … because I think when I write my own things, you’re so close to it. It means so much to me that there’s just no air in there. This has been a good process and I’ve been able to help the artists on the show — the writer but also some of the other directors and the editors — because I’ve been able to see some of the architectural structure to the storytelling that maybe I would [ordinarily] be too close to see.”

It’s interesting that Shyamalan has been so drawn to telling a long-form episodic story. Aside from his Unbreakable trilogy, Shyamalan isn’t one for continuing stories – and is quite outspoken about this, reaffirming that Glass will be the last film in that franchise.

“I’ve done that series,” he says. “I’ve got so many other ideas and the only reason I did that — I don’t really do any sequels to anything, and that story … I never finished it. So when I got a chance to go back and do Split, I mean, I was using notebooks from 19 years ago.”

He does, however, admit to feeling sad at the thought of not seeing Kevin Wendell Crumb again: “When we finished, I was like, I can’t  — because I think that was my favourite character that I ever wrote. I was sad that I wasn’t going to see them all [the multiple personalities] again.”

Servant, like Shyamalan’s other work, is characterized by elements of the supernatural. It keeps you guessing throughout its first season, which revolves around a couple (played by Six Feet Under‘s Lauren Ambrose and Toby Kebbell) struggling to cope with the loss of her baby. To say any more would give things away for those that haven’t watched any of it yet. One Fandom community member, @Rupesworld, wanted to know why the director is so inspired by the supernatural, and why he chooses this genre through which to tell stories – so we asked him.

“I guess I find the world very wondrous and I guess it’s just an expression of thinking about things we can’t see or touch,” he says. “I guess it’s a version of talking about faith but without talking religion overtly, or spirituality, and using genre to talk about spirituality. These characters are always growing in their belief systems and believing in things that you can’t see, and most times are being challenged in a pretty dark way with circumstances that they’re struggling with personally.”

Time to go back and watch Shyamalan’s back catalogue through this lens, perhaps?