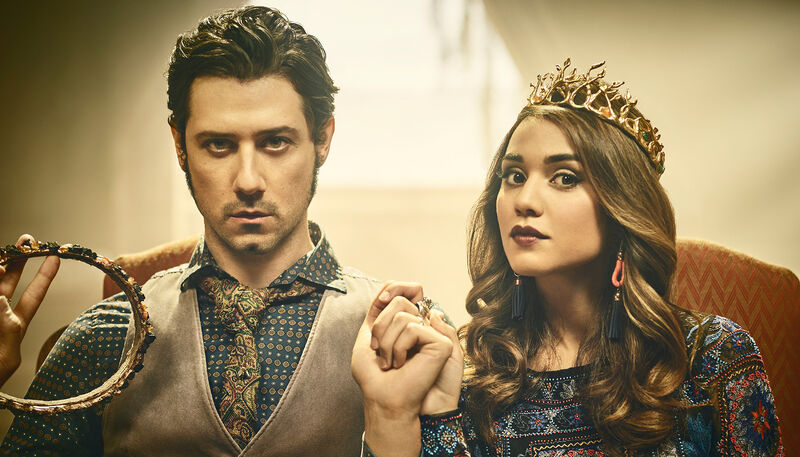 Why ‘The Magicians’ Is the Best Show You Aren’t Watching

Despite the popularity of genre movies and television shows like Game of Thrones and Harry Potter, there can sometimes be a stigma associated with magical fantasy in which it’s considered frivolous, silly, or childish. The SYFY original show The Magicians, however, is anything but.

Tonally speaking, it is less Harry Potter and more True Blood, fitting in right about here on the supernatural spectrum:

Each season the writers push the narrative in original and unlikely directions, nearly starting from scratch every time. It can be meta, without being annoying. They balance camp with tragedy, similar to the CW’s beloved Riverdale. They collate hilarious vulgar quips with intimate moments of sincerity. You’ll tear up, chuckle, gasp, and cringe, all within a single episode. Below are just five reasons why this show is worth watching.

The Magicians has no time for labels and no space for shame when it comes to sexuality and preference. Though science fiction and fantasy have flirted with interspecies relationships before, this show grounds the relationships and experiences in reality. Many of the characters fall somewhere in the middle of the sexuality spectrum and when they traverse it, it’s not taken as a big deal.

The best example of this is in  “A Life in the Day”, an episode which should have been nominated for an Emmy, featuring the evolution of Quentin and Eliot’s lives together over decades in an alternate timeline. The show doesn’t delicately hold our hand while showing this relationship, trying to explain away the attraction and intimacy of these two friends. Instead, it’s akin to Eliot’s organic, occasionally romantic relationship with soulmate Margo, but it remains very unique to these two men, including their bickering and differences. The show nearly challenges you to say something about this odd pairing only to respond with leveled eyes, “What’s the big deal?” It ends up normalizing such relationships without exploiting or politicizing them.

Unfortunately, many narratives in the fantasy world have been dominated by white, straight, male characters and The Magicians subverts these tropes in spectacular fashion, both in characters and casting. There are differently-abled characters like Harriet, daughter of The Head Librarian (played by Marlee Matlin), whose deafness is highlighted in a unique, respectful way — one episode is told through her point of view, complete with the appropriate audio design.

Trans actress Candis Cayne plays the formidable Fairy Queen, a terrifying and complicated villainess willing to do anything for her people. She eats the screen, as they say, forcing you to sit up straight and pay attention.

The Magicians not only embraces racial diversity, but it openly discusses prejudices. For example, Dean Fogg supposedly uses enchantments to make himself 38% more tolerable (to make up for being black and disabled), and Quentin shows his own bias by giving Penny a cliche Indian accent in the privacy of his own mind.

Margo is the most vocal in her stance against oppression of any kind, asserting her sexuality and point of view as a person of color, thus demanding (and earning) respect. Most of her quips aren’t fit to print, but just by looking at her face you know she can serve. She has gone from the flimsiest character to one of the most developed. Margo has defied expectations, even her own, and has become a commanding leader.

Consent is something she preaches and practices — whether by not consummating her arranged marriage with a minor, keeping a sentient ship from being raped (seriously), or not judging romantic interspecies relationships (earning her the respect of Fillory). All the while standing sassily akimbo and rocking an eye patch.

The villains in The Magicians are rockstars — if rockstars were cruel, merciless, ambitious, and terrifying, that is. Rarely do we not see the evolution and creation of the villains, which leads us to complicated relationships with them and often leaves us relating to monsters in one way or another. Season 3 brought us terrifying fairies, conniving librarians, decent demons, and apathetic gods.

The moral ambiguity extends to our main characters as well, particularly Alice and Julia, who end up wielding power unmatched by other magicians, often with less-than-honorable results. Like Jaime Lannister before her, Julia’s redemption arc is frustratingly engaging and effective, whereas when Alice’s actions become more and more opaque, you are forced to question her loyalty right alongside her friends.

If Once More With Feeling is still in your rotation, or if fun musicals are just your jam and you haven’t watched this show yet: You’re welcome. Even out of context, these musical numbers are fabulous and hilariously self-aware

Check out the pre-duel musical number ‘One Day More’ from Season 2:

And the Queen-inspired ‘Under Pressure’ from Season 3:

We can only pray to the Fillorian gods that this episodic trend will carry into Season 4, which is set to be the fiercest yet. Now if only we had a spell that could speed up time.