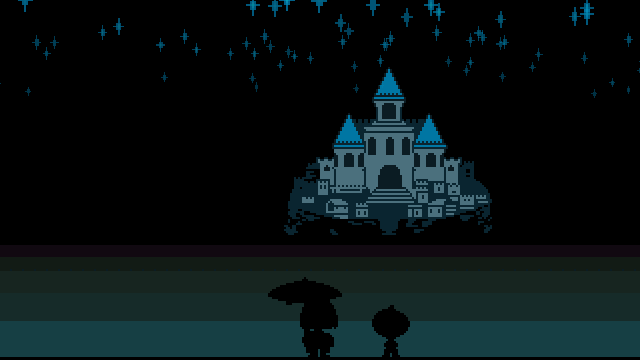 What Makes ‘Undertale’ So Appealing?

In its release trailer, Undertale was described as “the friendly RPG where Nobody has to die!” It was released on Sept. 15, 2015 — less than a year ago –by Toby “Radiation” Fox, a known music composer and game developer. Since that time, many have discovered this treasure of a game and Undertale has started to gain some serious popularity. But what exactly does this game have to offer that has PC gamers in a frenzy to snatch it up? We previously explored this in one of our Fandom Explained features. However, Undertale is so good, it deserves another look.

Perhaps it’s the unique and zany characters that you’re introduced to during adventures in the Underground. Undertale has a variety of characters with a wide range of personalities and designs, each with their own dynamic of friends, enemies, abilities and weaknesses. They range from kind and motherly to horrifyingly evil. The fuzzy looking Toriel (also dubbed “goat mom” by the game’s fans) and the bright yellow Flowey the Flower are great examples of interesting characters.

All of these characters and more litter the game with their own personal dreams and hopes, as well as their fears and personal emotions. Not just the main characters get this rich narrative treatment. There are still a vast number of characters that you may only see just passing through the lands of the Underground that all have their little quirks, such as Shyren, a very shy siren with a beautiful little tune. The amount of effort put into every single creation is truly admirable.

Undertale is also sprinkled with little running jokes and silliness that give the game its own personal brand of humor. But that’s not the only thing in its favor. When you break it down, much of the substantial fighting and gameplay is simple enough to learn, making it easy for anyone to play, letting them dive into what really stands out about this game: the story.

Undertale has three main narrative paths that you can follow, with minor changes based on your actions in the game. You can go through the game’s widely known “pacifist route,” where you spare the people you come across in the game, showing mercy to those even with the most wicked intentions. The second route you can complete is known as a “neutral route,” where you pick and choose whether to spare or not. The last route and the most difficult is the “no mercy route,” where you surge like a whirlwind of inevitable death through the Underground, killing all in your sight.

All of these options lead to a different ending which, depending on the choices you made, can be poignant and happy or disturbing and even terrifying for the characters involved.

Music is an important feature in gaming, because it evokes powerful emotions and thoughts, whether it’s anticipation or determination. When Undertale is brought up, many times the game’s music is one of the first things mentioned. The game has 101 different tracks, all composed by Toby Fox. Most of the tracks are revealed during normal gameplay, while the rest of the themes are revealed only by doing certain things, or playing in a certain mode.

Some of the tracks have similarities, showing connections between characters, while others are completely unique. As Eric Van Allen of Gaming Trend notes “The soundtrack to Undertale reinforces [the game’s] earth-shattering moments, knowing just when to rise and fall, and the frequent use of melodies and themes subconsciously manipulates your heart throughout the whole experience. Each song is reminiscent of a time when melodies had to be simple yet discernible, and each piece finds a way to grow outside the realm of chiptunes without losing that simplicity.”

Undertale is what they call a great game. It has all the key components: Well designed characters, an adventure to be had, and a hell of a good soundtrack to go with it. If you were thinking about getting the game, then what are you doing sitting here? Don’t take my word for it. Go experience it for yourself! 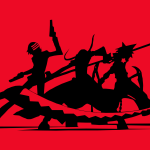